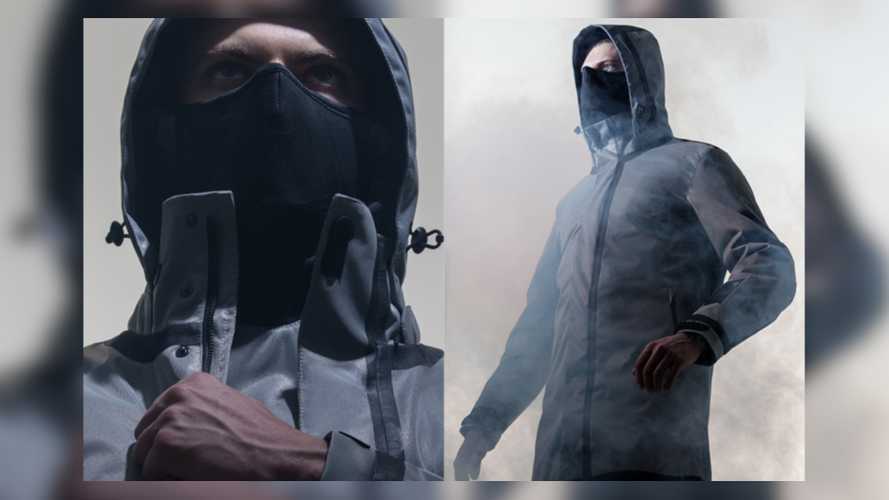 The desolation of smog.

As riders, we know that good motorcycle gear can potentially protect us from serious injury in the event of a crash. In a more everyday sense, it’s also good at protecting us from wind, rain, sun, and temperature fluctuations. Now Spidi wants to protect riders from a less immediately obvious form of injury: air pollution. Breathe through enough thick clouds of fumes on expressways and you’ll instantly see where the company is coming from.

According to Spidi, motorcyclists are exposed to air pollution around 100 times more than drivers, and up to 10 times more than pedestrians or bicyclists. Even fudging the numbers to allow for good marketing copy, logic tells us that we’re definitely experiencing it at higher levels than either of those two groups. That’s why Spidi says it’s developed the Mission Beta concept moto jacket.

Mission Beta has a sensor on the neck, integrated into the button that’s closest to the rider’s face—and thus, closest to where you’re breathing. It comes with a motorcycle-specific anti-pollution mask that Spidi designed to work with any motorcycle helmet you choose to wear.

The sensor offers three levels of feedback about the pollution levels you’re experiencing, in real time: low, mid, and high. When the sensor says pollution is low, there’s no need to worry about wearing the mask. Mid and High levels will warn riders that the mask is advisable through both visuals in an OLED display on the left arm of the jacket, and also vibration.

Interestingly, Spidi opted to make its sensor system automatically turn on with movement, and turn off when the jacket is still. You don’t need to activate it using any kind of power button, and it doesn’t integrate with an app on your phone. Instead, it’s a contained unit in and of itself and does not need to be compatible with any specific electronic ecosystem. In a way, that’s kind of refreshing.

This jacket is still just a concept design, and Spidi hasn’t offered any information as yet about a production version. If it looks very similar to this, though, we’re one step closer to making all our Cobra Commander style dreams come true. Thanks, Spidi.