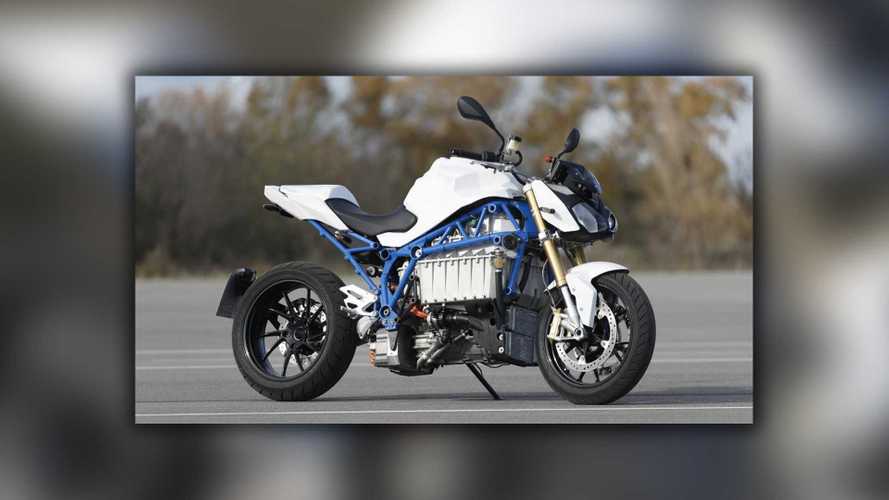 BMW is one of the mainstream manufacturers that’s most involved in the electrification of transportation. It didn’t come as a big surprise when the manufacturer showed the Vision DC Roadster back in June. In fact, we were surprised it hadn’t come earlier. BMW has since been pretty quiet about what could become its first electric motorcycle. Until now.

Electrification According To BMW:

A number of European media headed to France to check out the E-Power Roadster which we guess is BMW’s working name for its electric motorcycle prototype. The bike the European journalists got to test is actually an assembly of bits and pieces of existing BMW models, including the front end of an S 1000 R and the back-end of the R 1200 RS. Obviously, at this stage of development, the priority is to put the electric powertrain through its paces rather than gives the model a finished look.

Though even just a Frankenbike, the E-Power showcases a number of really interesting features. First, contrarily to most electric motorcycles that use a belt or a chain final drive, this one sends power to the back wheel via a shaft.

While the bike itself is an amalgam of BMW bikes, the electric powertrain combines bits borrowed from hybrid cars. The 13 kW battery at the core of the bike was grafted from a hybrid 2 Series while the electric motor comes from a long-wheelbase 7 Series (a Chinese exclusivity). This allows the E-Power to produce a respectable 136 horsepower and an exciting 147 lb-ft of torque (that’s 7 lb-ft more than the Zero SR/F and trust me, that’s a lot of pull).

The prototype is fast charger-compatible and can recharge three miles of range a minute which means that within 30 minutes, it could regain 90-percent of its total range.

According to the Head of BMW Motorrad Development Christoph Lischka, the company will further the development of the motorcycle and send it to production only if the team can figure out how to increase the range to reach between 125 to 185 miles. So an electric BMW bike isn’t a sure thing just yet. The bets are open.