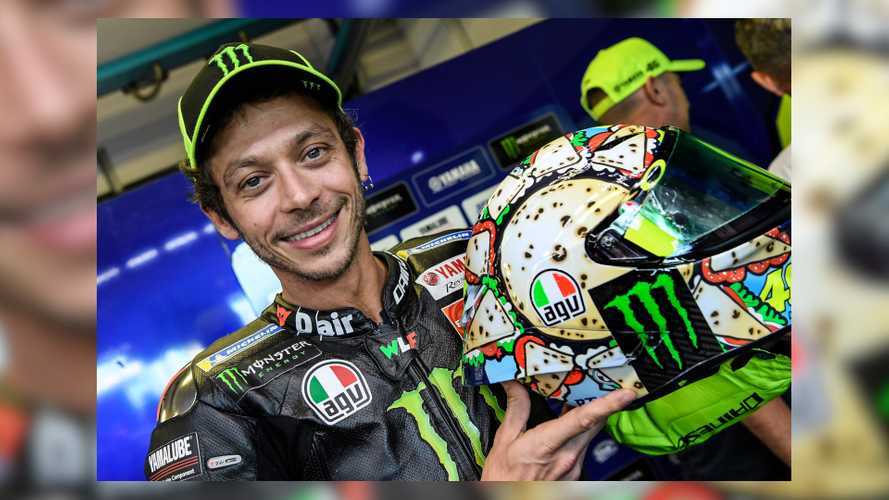 Who will win? Your guess is as good as ours.

When racing fans get fanciful, tossing around the idea of two or more multiple world champions going head-to-head isn’t uncommon. Even though most of us know it’s either totally impossible or would never actually happen, it’s fun to talk about. On December 9, 2019, we’re going to get an actual chance to see a challenge like this actually happen, as Valentino Rossi takes on Lewis Hamilton in a vehicle swap for the ages at Valencia’s Circuit Ricardo Tormo.

I can assure you that this isn’t some weird occurrence of the Mandela effect. Although we’ve seemingly been hearing about this possibility for several years now, it hasn’t actually happened before. The two multiple world champions have met, but they haven’t raced in any vehicles, let alone swapped.

The reason this has been under discussion for so long is simple: Both Rossi and Hamilton share a sponsor in Monster Energy. That made the bridge to communicating and making this event a reality much easier to facilitate. Finally, everyone agreed that the big day would come on December 9, 2019—just about one week after the 2019 Formula One season finale in Abu Dhabi.

Going into this event, Rossi may have something of an advantage in the swap, reported Autosport. He’s tested for Ferrari several times in the past—even reportedly impressing Michael Schumacher himself back in a pre-2006 test at Valencia. However, he hasn’t driven an F1 car since 2010—and that, itself, was a 2008 Ferrari. It goes almost without saying that Formula One and its vehicles have changed significantly in that time.

As for Hamilton, while he’s put in track time on bikes before—including a day at Jerez last year on an R1 M with WSBK riders Michael Van Der Mark and Alex Lowes—he’s never ridden a MotoGP bike before, from any year.

Assuming that both racers are given ample time and access to experts to get themselves and their vehicles set up appropriately, this should be fun to witness, indeed. Here’s hoping some great video comes out of this, in addition to the inevitable photos.