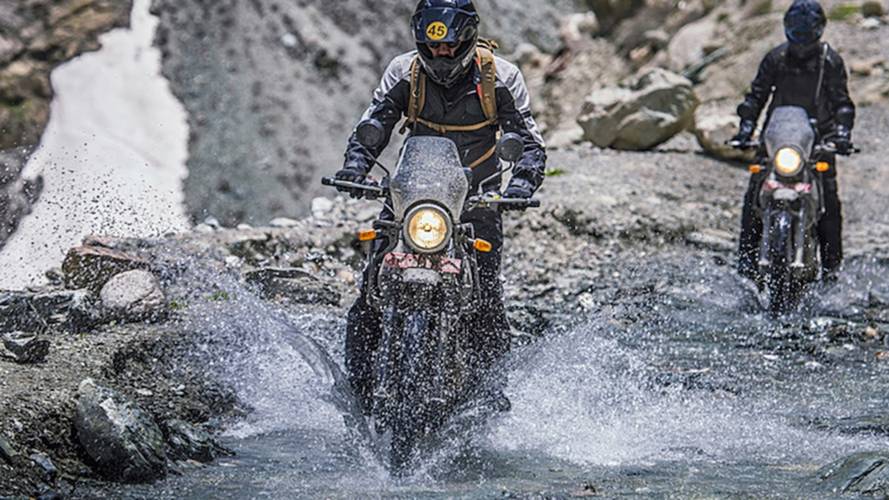 The Royal Enfield Himalayan launched three years ago. Yes! Three years! I know, I was surprised it had been this long already too. The model has become a staple of adventure riding and the weapon of choice of a number of adventure seekers. For example, think of YouTuber Itchy Boots who’s pretty much been around the world at this point in the saddle of a Himalayan.

High Up In The Himalayans:

Check Out These New Accessories For Your Himalayan

Others like On Her Bike, Alex Chacon, and a staggering number of motorcycle outlets all challenged the Himalayan on some of the most rugged roads with varying degrees of success.It doesn’t need to prove itself anymore but there’s nothing wrong with improving a good thing. Along with a new selection of colors for 2020, Royal Enfield is also adding two new features to the Himalayan.

A number of people have been wondering about the possibility to switch off the ABS on the Himalayan. Due to its dual-sport nature, not having the ABS intervene in off-road situation was a concern for some. According to a few sources, there was a way to turn off the ABS but you had to fiddle with the fuse box to make it happen—not exactly an easy switch.

Royal Enfield will seemingly address this and the model will receive an ABS switch for 2020. This addition is going to make turning the ABS on and off a lot easier and will give the rider more control over the bike’s behavior off-road.

Also new for the upcoming model-year is the addition of hazard lights or four-way flashers. This will help make the motorcycle more visible if it’s stopped or navigating through rough weather. Both features are expected to be standard.

These two simply but-oh-so-useful features join the menu of colors and accessories offered on the new Himalayan model-year. In fact, Royal Enfield showcased three new color options in Milan (red, blue, and grey), as well as a new collection of accessories that includes a different handlebar and black panniers to outfit the bike.