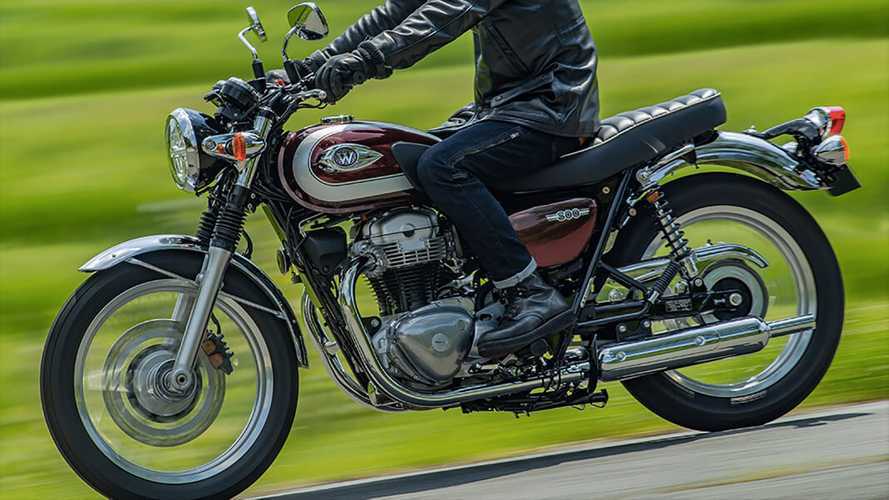 The trio is now complete.

Kawasaki’s W series has a fruitful history. After merging with Meguro to become Kawasaki Motors in 1963, the company started things slow by hitting the market with a handful of small-displacement mopeds and 125cc motorcycles. Then in 1965, it entered the big league with the W1 which propelled the company forward and helped establish Kawasaki as a big bike manufacturer. At 624cc, the W1’s twin might not be considered “big” by today’s standards but it definitely was a considerable size for the 60s.

The manufacturer revived the W in the late 90s with the introduction of the W650 which was eventually replaced by the W800, introduced in 2011. The model disappeared from the motorcycle landscape in 2016 and for a little while, we thought maybe Kawasaki had given up on the retro aesthetic.

That was until the W800 Café showed up at EICMA in 2018, breathing life back into the W series. Kawasaki did things a little backward with the model. Instead of unveiling the base model followed by the variants, Team Green started with the Café, followed by the Street version (not available in the U.S.). Finally, Kawasaki completed its W trio with the introduction of the entry-level model at the 2019 Tokyo Motor Show.

The W800 takes all the good stuff the Café has introduced and strips it down to the essential. The new W800’s design is meant to emulate the original W1 with the two-tone gas tank with knee pads. The cowl is dropped and the clip-ons are replaced with a high-set handlebar for a classic naked look. The single-passenger saddle with rear cowl is replaced by a two-place, single-piece seat and the Café’s blacked-out scheme makes way to a chrome extravaganza.

While the frame and rake angle are the same, the standard W800 is slightly longer than the Café by two inches with a lower ground clearance and it weighs in at 496 lb which is 7 lb heavier than the Café. The base model is built on the same double-cradle steel chassis, mounted on a set of wire-spoke wheels with a 19-inch circle at the front and an 18-inch one at the back. Stopping power comes from a pair of two-piston calipers biting into a set of 320-mm petal discs up front and a two-piston caliper paired with a 270-mm petal disc at the back, teamed with the standard ABS. Support is provided by a 41-mm telescopic fork and a pair of preload-adjustable shocks.

At the heart of the W beats the same air-cooled 773cc, parallel-twin thumper as the Café and Street, flanked with a pair of (fake) pushrods for a truly vintage look. The engine receives a modern digital ignition and is mated to a five-speed transmission with assist & slipper clutch.

Kawasaki also offers a collection of optional accessories that includes a chain guard and a passenger grab bar. Instead of Kawasaki’s modern-looking color TFT display, the W800 is on theme with a pair of round analog gauges (complete with an LCD display for a slightly modern touch of course).