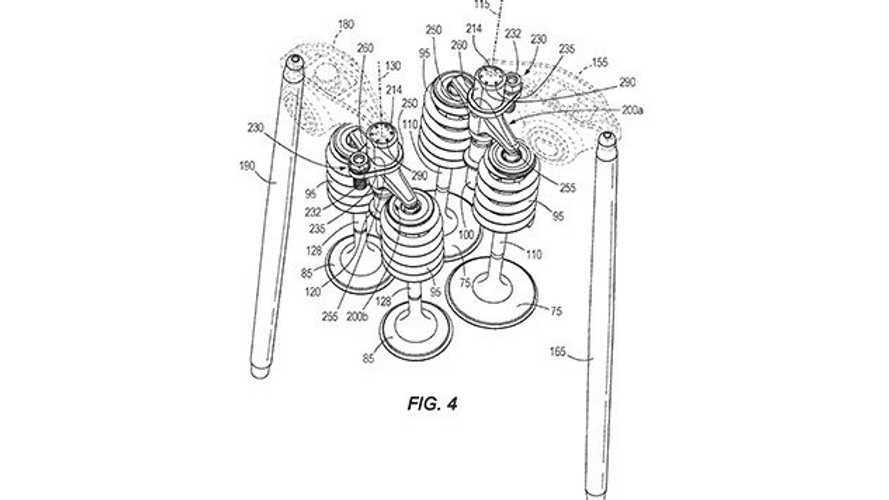 When Harley-Davidson announced its upcoming liquid-cooled DOHC engine in July 2018, the internet did what it does—it overreacted. Brand loyalist deemed the new direction as the death of the Motor Company and critics predicted that Harley wouldn’t appeal to non-cruiser riders. Featured in the Pan America and Streetfighter, the new mill was developed from engine technology found in the V-Rod and Street platforms. While the Revolution engine was a big step forward for The Motor Company, the V-Rod met an untimely end in 2017 and the Street struggles to find an audience. With uncertainty on the horizon, Harley is hedging its bets by developing an overhead valve pushrod engine as a follow up to the Milwaukee-Eight.

A new patent published by the United States Patent and Trademark Office on August 22, 2019, reveals Harley’s plans for the new v-twin engine. The patent illustrates that the new overhead valve system that will yield higher engine speeds than the current Milwaukee-Eight, but the power increase doesn’t come without a sacrifice for Harley purists.

In order to simplify the design of the rockers, Harley will position the pushrods on opposing sides of cylinders instead of together on the starboard side of the engine. Current Harley pushrod configurations move a pair of rocker arm shafts that control the two intake and exhaust valves. Instead of rocker arm shafts, the new engine will utilize single rocker arms, relocating one pushrod to the port side of the engine.

Like the Milwaukee-Eight, the new engine will still feature four valves per cylinder but the single rocker arms will press down on a valve bridge when actuated by the pushrod. In turn, the valve bridge slides on a fixed shaft and pushes down the two valves.

In order for valve bridges to operate properly, they must remain in alignment. To keep the valve bridges from rotating out of line, Harley plans to stabilize the mechanism with a fastener (#230 in the diagram). The arrangement allows the valves to continue moving in unison at higher engine speeds.

Per the patent, current bridge-type valve trains only reach speeds of 4,000 rpm, but the Motor Company claims the new design allows engine speeds up to 7,000 rpm. Yes, that’s only half the engine speed of something like the Kawasaki H2R, but compared to the 5,500 rpm redline of Harley’s Milwaukee-Eight, that’s a considerable bump.

The four valves per cylinder layout hints at a potential replacement to the Milwaukee-Eight found in the current Softail and Touring lines, but there’s nothing stopping Harley from implementing a variant for the Sportster. The timing would be fortuitous for the long-awaited update to the Sportster line that was absent from the announcement of the 2020 model lineup.

With Harley preparing to release the first iterations of its new liquid-cooled DOHC platform, it seems like the Motor Company is sticking to its old ways, even if it’s trying to do them in a new way.