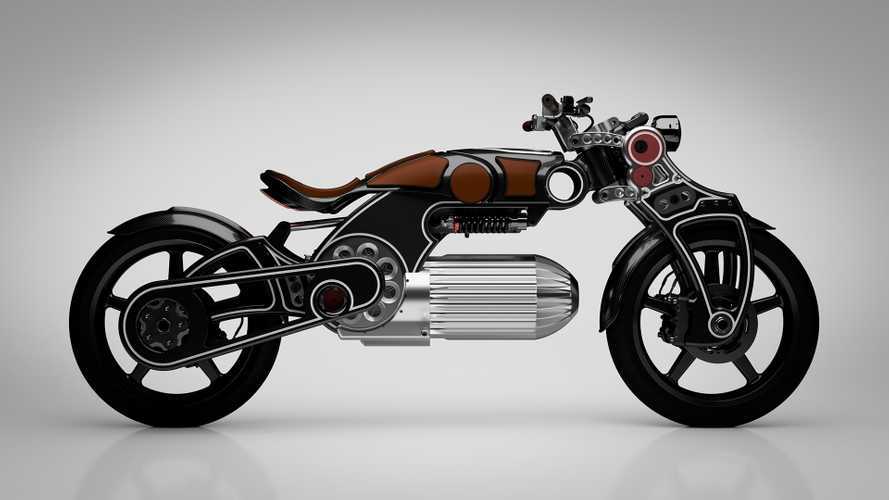 Mount Olympus is getting crowded.

I’ll say this: while Curtiss Motorcycles has some good intentions by swapping their ginormous V-twin for an electric V-unit, there’s been a lot of talk, but not a lot of doing. Not to say that the team isn’t hard at work on their new direction and products, but we have yet to see anything tangible roll out of the company’s shop. We can’t say they don’t have ideas though! After introducing the literal king of the Mountain and his wife, it’s time for the god of the Underworld to get his namesake bike. Introducing the Curtiss Hades.

To say the company is pretty creative with its designs is a serious understatement. Whether you like what you see or not, you have to admit that it’s pretty efficient at getting the company recognized. When you see the picture of the Zeus pop up somewhere (or at least the latest iteration of), you almost instantly recognize it.

It all started with the Zeus—that changed looks a number of times since it was introduced last year, including the new Radial V8—and then his consort, the Hera, that emulated the original Curtiss’ V8 engine. Now, the Hades is taking an entirely different approach to design. Have a good long look and tell me what you see. Now let’s all say it together: a pistol.

You don’t see it? Let me walk you through it: the saddle is the hammer, the anchor point for the swingarm looks like the cylinder, the frame is reminiscent of the barrel and the electric motor looks like a bullet. The work is that of designer JT Nesbitt, former Confederate Motorcycles designer and contributor of ours.

Of course, as this is only an exploratory design, we only get “estimated” performance numbers. It looks like Zeus may be king, but Hades packs more electric power! In fact, according to the information the company has shared, the Hades is expected to run on a16.8 kWh battery which would allow the bike to  produce 217 horsepower and 147 lb-ft of torque.

Just like the Zeus, the Hades is expected to hit production in 2020—no mention of the Hera ever making it off the drawing board. Also like the Zeus, pricing for the god of the Underworld is set  at a staggering $75,000.