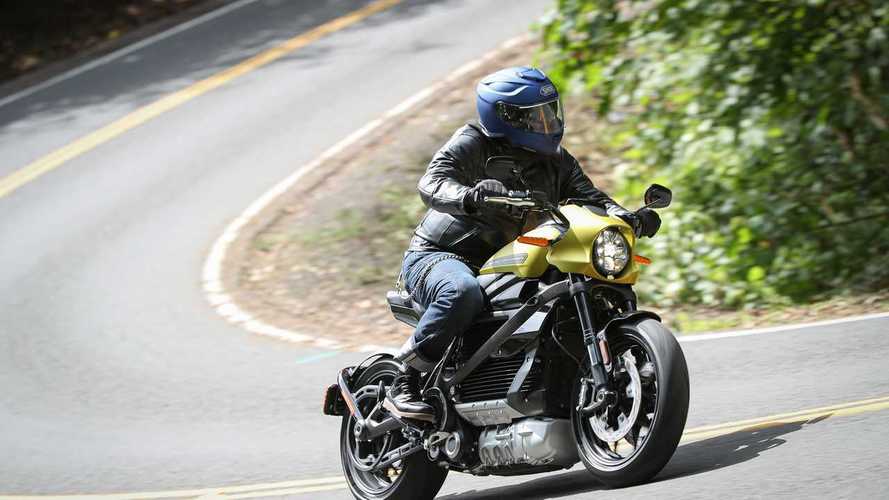 Less then 500 units will be sent to dealers in the first wave.

I’m not sure what left the biggest impression on Director Jason: his close encounter with a bush in the saddle of the new LiveWire or Harley’s vapid marketing spiel about the bike. While we’re still trying to make sense of the company’s message, it seems that potential buyers don’t mind the confusing campaign too much. In fact, half of the first batch of LiveWires coming to the market apparently already have a name on them.

It's An Electric World:

According to information communicated by BMO Capital Markets analyst Gerrick Johnson to Power Sports Business, already 50 percent of the first wave of LiveWires are spoken for.

Johnson states that 100 dealers across the 700-or-so-store network will carry the electric model—though an earlier Harley-Davidson press release confirmed 200 select dealers would add the bike to their catalog. Whether it’s 100 or 200, that’s less than half of the dealers in the country, which is either a calculated market development strategy or a means to cut down on initial investment (the company has invested in charging stations for its dealer.)

Dealer allocation, also according to Johnson, is less than five units per dealer. This means that the first batch of LiveWires will send fewer than 500 bikes in the showrooms. This is only a beginning, however, as the company plans to produce and send more to its dealers along the way.

The analyst adds that the bad weather had a negative impact on Harley’s sales across the board, as confirmed by 70 percent of the dealers interviewed in a recent survey. The point he seems to want to make is that the number of deposits on the new LiveWire could have been higher had it not been for the bad weather.

Despite the backlash the company received when it confirmed the electric model’s near $30k price point, it looks like the Harley charm is still working its magic. People are obviously showing interest in the company’s latest innovation. Now, whether 100 percent of these deposits will translate into actual sales numbers remains to be seen.

To help stimulate the sales, H-D recently announced that future owners will receive 500 kWh of free electric power juice over two years. That’s roughly 3,000 combined miles at no cost. To make this happen, the company teamed up with Volkswagen-owned Electrify America, a firm that specializes in charging stations installation and management.