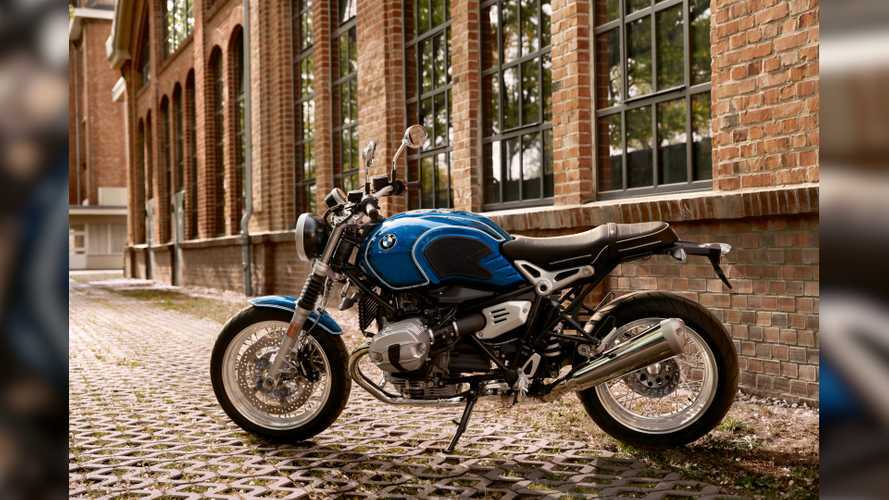 It’s the 50th anniversary of both the BMW /5 series line, which started production in 1969. Coincidentally, it’s also the 50th anniversary of BMW Motorrad making bikes in their Berlin Spandau factory. To celebrate both anniversaries, BMW have introduced an exclusive special R nineT/5 in Lupine Blue metallic paint with plenty of historical throwback aesthetic touches—but also some nicely modern bits as well, such as including heated grips as standard. If you pick up this special edition, you too will know this much is true.

Other nice touches that reference their past include the classic silver and black finishes throughout the bike, as well as tastefully classic chrome on the mirrors, exhaust manifold, and rear silencer. Small and meaningful details include a saddle that harkens back to the original /5 with cross-embossing on its cover, classy white piping, and grab straps. You also get fork gaiters and Aluminium Silver-finished wheel hubs and spokes for that classic old-school look.

Nods to modern advancements have been made as well, of course. ABS and ASC are both standard on this model, and as you'd expect, EU4 emissions standards were met in its production. You also get nice knee pads on the fuel tank, which can only be seen as a plus in terms of both practicality and visual appeal. Fork bridges and footrests are forged, clear anodized aluminum.

Overall, it makes for a sleek, attractive package among several sleek, attractive RnineT options you can currently choose from. There’s also a special anniversary emblem so you can’t forget which version came home with you from the shop (thank goodness).

In all seriousness, the pinstripe detail, classic blue/chrome/black color scheme, and spoked wheels on their air-cooled  achieve BMW’s goal of bringing their signature vintage look into modern times. Isn’t that what the R nineT was all about in the first place? It’s possible to be overwhelmed by too many choices of R nineT versions, but if you were just holding out for this particular combination of things and it hits all your sensorineural buttons, then who am I to yuck your yum?