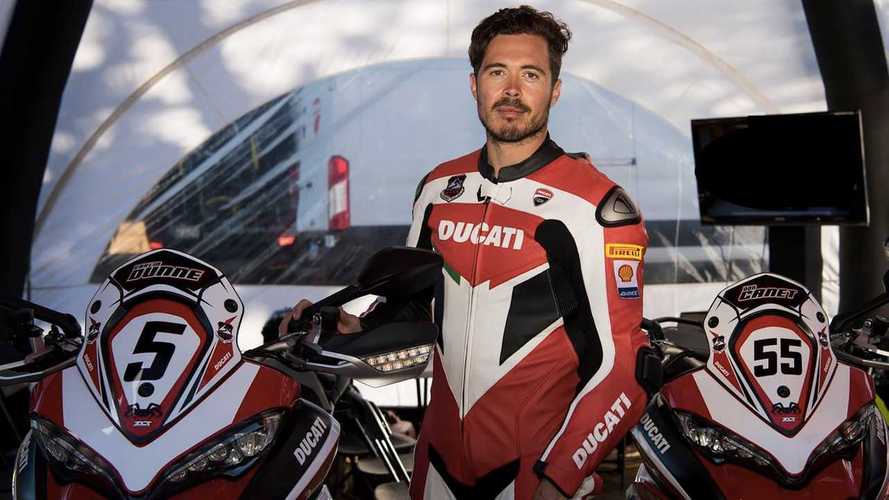 Officials investigated Dunne's crash from Sunday that occurred during the 97th Pikes Peak Hill Climb and tragically cost him his life. The Race Director and Race Safety Team confirmed that the motorcycle itself, the debuting Ducati Streetfighter V4 prototype, showed no sign of mechanical failure.

Footage from the crash instead confirmed that an error is seemingly behind the tragedy. In fact, the images show that Dunne highsided in the last bend leading up to the finish line.

“We mourn the tragic death of Carlin and he will remain in our hearts forever as part of the Pikes Peak International Hill Climb family. Carlin was loved by everyone who was lucky enough to know him. We not only lost one of the greatest ever to compete on Pikes Peak, but more importantly an irreplaceable friend to this organization,” said Megan Leatham, Executive Director.

One of the oldest and most famous motoring events in the United States was overshadowed by tragedy over the weekend. Ducati’s champion and king of the mountain, Carlin Dunne crashed seconds away from a new record at the 2019 Pikes Peak Hill Climb. It was later confirmed that Dunne sadly passed away from his injuries.

Ducati's New Streetfighter Is So Angry

Dunne was Ducati’s prized rider for the 2019 Pikes Peak, straddling the brand’s long-awaited Streetfighter V4. Dunne had already been spotted giving the Ducati prototype a whip on the famous switchbacks, prior to the official event. He set off on Sunday, June 30 with every chance of setting a new record and winning a fifth title. Sadly, he never made it past the finish line.

Expectations were high: Dunne had all the tools in hand to set a new track record, beating the one he established in 2012 when he became the first racer to complete the course in under 10 minutes. He was a seasoned racer and had four Pikes Peak titles under his belt with every intention of going after a fifth one. In fact, Dunne completed the first three stages of the hillclimb in record times which put him on track to set a new speed record and earn that fifth Pikes Peak victory.

What should have been an exciting event for the team showing off a brand new model based on the Panigale v4 engine turned into a tragedy. Sadly, only a quarter of a mile away from having his name go down in history, Dunne crashed on the Ducati. According to witnesses, Dunne hit a bump that sent the front wheel flying. Some people attending the event confirmed the road near the top was indeed in pretty bad shape in some places.

The race was interrupted for over an hour, a sign that something had gone terribly wrong according to veteran visitors of the event. “When Pikes Peak is delayed for more than a few minutes, you begin to fear the worst. The one-hour delay between the bikes and the cars meant that the medivac helicopter had to be deployed, and the race could not get back underway until the helicopter returned to the mountain,” Jalopnik’s Bradley Brownell explains.

Not a word about the crash was uttered until Ducati North America released an official statement confirming the 36-year-old racer had crashed and died. A brilliant career came to a brutal end this weekend. We would like to extend our sincerest condolences to Dunne’s family and friends.