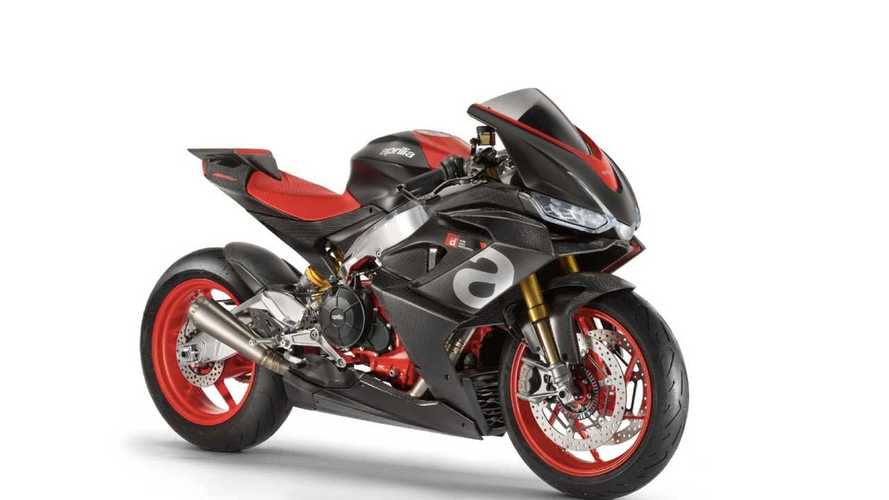 We spy with our little eye, something Italian!

At last year’s EICMA Aprilia unveieled a new mid-sized supersport concept dubbed the “RS660”. For those not in the know, the concept is a 660cc parallel twin (think RSV4 mill with the rear cylinders lopped off) wrapped in an aluminum twin-spar chassis adorned in RSV4-style bodywork. A Facebook page called Aprilia Cup posted an alleged video of the new 660 a couple weeks ago which you can watch here, and although it's short it's pretty sweet.

Aside from the recent reskinning of Yamaha’s R6—a model that hasn’t fundamentally changed since 2006—and Kawasaki’s new sub-$10k ZX-6R, the midrange supersport sector has largely been dormant. Sportbike sales have dropped significantly, and with it not being much cheaper to develop a 600 than it is a 1000—which you can charge a good deal more for—few OEM’s are investing efforts or money there.

So it came as a bit of a surprise when a month ago the Noale firm revealed the 660 is slated for production, with the aim of a 2020 model release. With 2020 rapidly approaching, the Piaggio Group subsidiary has a lot of work to do before the 660 is ready to hit dealerships. Most recently, the forthcoming Italian supersport was spotted doing some testing two-hours south of Aprilia HQ at the famous Imola circuit.

The new footage gives us a chance to hear the twin-cylinder runner for the first time, and while camera mics are notoriously bad at accurately capturing engine sounds, we still have a rough idea of the 660’s exhaust note. Unfortunately the clip is only a few seconds long, and it was recorded in the track’s pit lane, so we have yet to really hear the thing sing. With the RS660 scheduled for release within a year’s time, we’re sure to be seeing a lot more of the new supersport prior to its release.