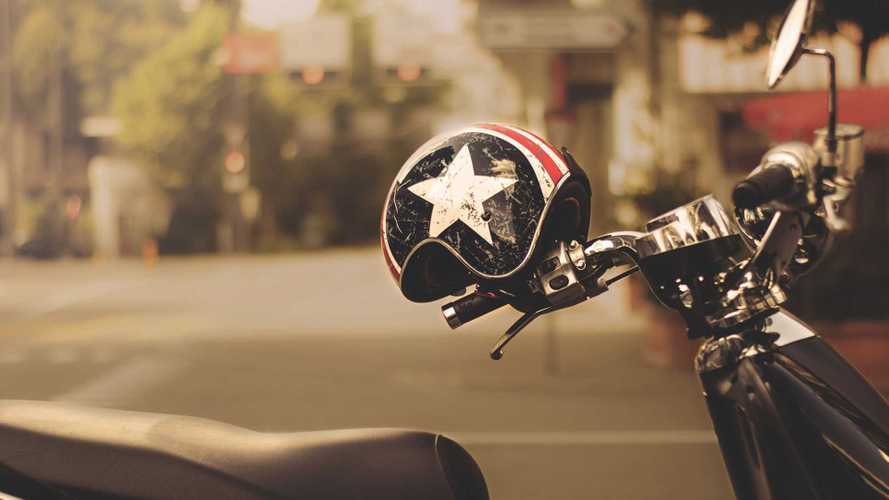 The key to your Honda is on your head.

We’re strong believers in ATGATT here at RideApart, especially helmets. While laws in the US (and around the world) tend to be pretty flexible in regards to what gear is mandatory or not—including helmets. Honda could be about to make helmets mandatory on its scooters with this new technology.

OTHER PATENTS IN THE WORKS

A patent filing dated April 4 suggests that Honda is currently working on the development of a helmet that would use facial recognition to unlock a scooter—an electric scooter, to be specific. Instead of using a key fob or a regular key to unlock the headstock and get the engine rolling, the manufacturer is instead considering embedding the “keyless” technology into a helmet.

According to the patent, the helmet would be fitted with a camera that would use the rider’s face as the key that unlocks the scooter. If the rider steps off the scooter for a minute while the engine is still, the system locks the scooter so that nobody can take off with it.

Honda also explains that the concept here is to eliminate the need for a key that can be lost or stolen. The chances of losing a helmet are much slimmer. Should the helmet get stolen, it is understood that facial recognition would keep the culprit from stealing the connected electric scooter as well. According to the description, our understanding is that the helmet and the scooter will be sold together. Also according to the document, the helmet will be set to recognize one person—meaning multiple users would likely have to get individual helmets.

The patent document goes on to describe the electric scooter as well. If the images on file are an actual representation of the vehicle, we’re not looking at the electric PCX Honda showed at the 2017 Tokyo Show, nor at any known Honda model. As a matter of fact, the patent is seemingly suggesting that the manufacturer is working on a new scooter model as well.

Riders are expected to wear helmets anyway (normally), so using the helmet as a key is a clever way of reducing the number of accessories that need to be carried around and potentially lost. This is also a smart, sneaky way to enforce the use of helmets. Bravo, Honda.