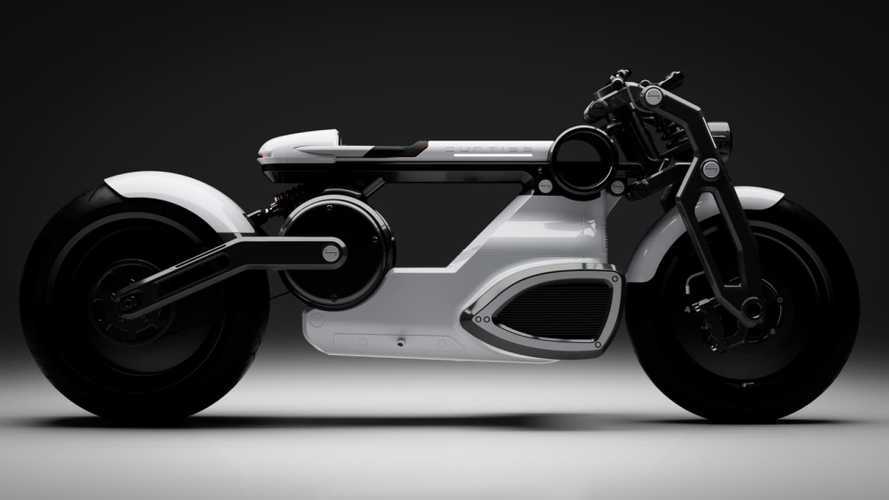 A little less than a year ago, Curtiss Motorcycles surfaced out of the blue armed with the prototype of a new electric motorcycle, the first to show its face under the new brand. The Zeus, presented at the 2018 Quail Motorcycle Gathering, looked good on paper, but a production timeline had yet to be announced. We now know when Curtiss is expecting the first Zeus to roll out of production and we have a price!

In November 2018, Curtiss Motorcycles took the floor at EICMA with two variations of the Zeus: the Café Racer is based on the original prototype and is a modern take on the features take make a bike a proper café racer, including the flat saddle and the clip ons. The Bobber on the other hand introduces a futuristic image of the 50s style with swooping lines and the typical tail-less silhouette that ends on a spring-mounted saddle. Both electric models are now announced with a purchase price of $60,000.

While Curtiss doesn’t reveal any details regarding the battery and electric motor that power the Zeus, it however proudly boasts its estimated 280-mile range, a number that could become the highest on the market if it remains unchanged once the bike goes into production. Power is rated at 190 hp and 145 lb-ft of torque for 475lb—not exactly a lightweight.

The modular chassis is made of machined aluminum with a carbon fiber fuselage. Support is provided at the front by an adjustable girder and an aluminum cantilever swingarm with a monoshock at the back. Both models are equipped with 17-inch wheels fitted with Pirelli Diablo Rosso rubbers while stopping power is provided by a set of Beringer front and back discs and calipers.

If this all sounds sexy to you, including the German-engineering price point, you’ll be glad to know that Curtiss is now taking online reservations for the Zeus with the promise of a delivery in early 2020 in exchange for a $6,000 deposit. If you end up buying one, you should tell us, we’ll definitely want to talk with you!