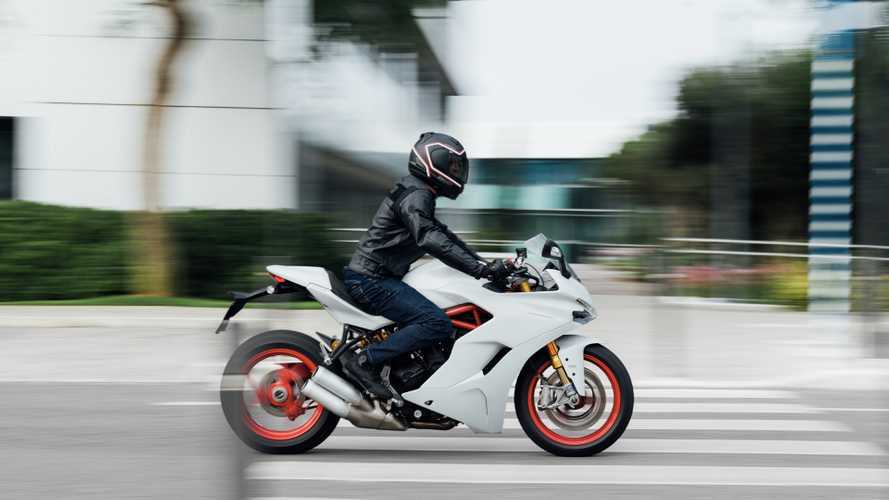 If you’re the proud owner of a 2017 to 2019 Ducati Supersport with scuffed mirrors, this is your chance to get a fresh start free of charge; Ducati is replacing the mirrors for free following a recall for “view-distorting vibrations”.

Ducati Panigale V4 to Teach Safety in the UK

I get it: recalls are part of the game when you make bikes and cars. If you suspect something went wrong during production, this costly yet humbling move shows customers you have their back and hold their safety dear. Usually, recalls address a safety hazard that needs to be corrected; this, however, is something else.

This recall leaves me scratching my head and had I known this was a thing, there’s a few manufacturer I would have made the recommendation to a long time ago. Experienced riders know that vibrating mirrors are often part of the reality of riding. Apparently Ducati thinks its a problem and though from experience, I know the Monster’s mirrors aren’t what I would call very steady, the manufacturer has issued a recall on the 2017-2019 Supersport.

The reasoning here is that the vibrations distort the image in the rearview mirrors—which is absolutely true. However, this isn’t unique to Ducati: a lot of thumpers and boxers and v’s create a similar effect at idle or at high speeds. It’s the reality of these bikes’ innerworks. But Ducati’s having none of it. Some 1,676 units in Canada and in the U.S. will receive brand-new mirrors free of charge. The company didn’t expand on what flaw within the mirrors caused them to vibrate to the point of a recall nor did it explain how the new mirrors are built differently to better resist the vibration and reduce the distortion. For comparison, Ducati recalled the 2017-2018 Sueprsport back in June because of the risks of the airbox blow-by and fuel tank overfill hoses of melting and causing a fire. Not exactly the same urgency.

The recall begins on January 7th, 2019 and owners of the models included in the recall can contact the Ducati customer service at 1-888-391-5446 to get more details.