How and Why to Break-In a New Engine 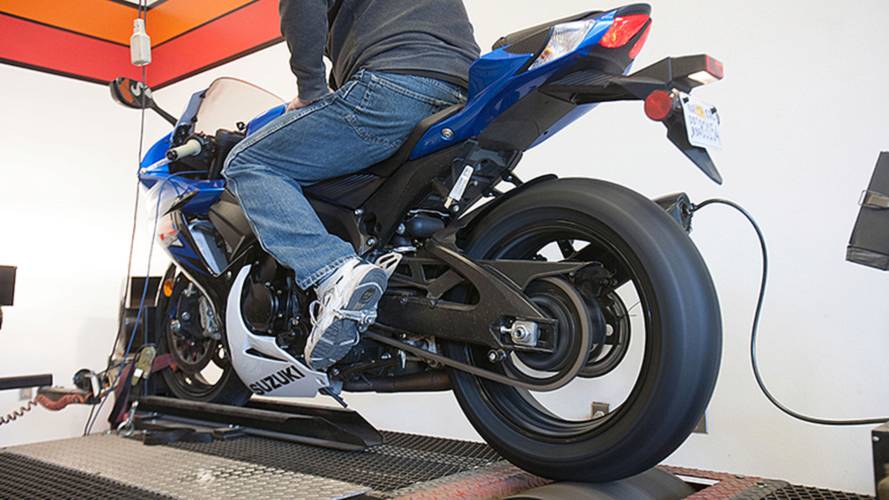 You want to treat your new bike with care, to ensure it runs well for years to come. Find out an essential part of how to treat it in its early days.

Like a good pair of boots, it takes time before a new bike is just right

New motorcycles represent a considerable investment, and in order to get the best performance and service life from them, it's important to understand what's involved in proper break-in procedures. Motorcycle engines are compact precision-built machines that develop a lot of power for their size and typically rev higher than cars or trucks. Therefore, they also generally put more stress on their internal components and that makes break-in critical to performance.

Depending on who you ask, suggestions for break-in procedures run the gamut from “follow factory recommended procedures exactly” to “ride it like you stole it!”

Not recommended in the first 100 miles.

We feel that nobody knows their engines better than the people who design and build them (and provide warranty coverage protection to owners). Failure to heed the manufacturer's recommendations for break-in and service can not only reduce performance and shorten the bike's life, it can also even void your warranty. Think about this: who is more likely to fully understand an engine's needs? The manufacturer, or some keyboard warrior on Internet motorcycle forums?

We recently had an opportunity to discuss these matters with Robert Reichman, an engine builder for the Honda factory race team, and former dealership and private independent shop technician. He builds reliable, race-winning engines, has seen and learned a lot, and shared some of his engine expertise with us.

Robert told us that the most critical area during the break-in process is piston and ring seating with the cylinder walls. He said that in the race shop they mount the bikes on either a chassis or engine dynamometer and allow them to warm up to full operating temperature with no load. They are fully instrumented, with sensors for fuel mixture, temperature, oil pressure, RPM, etc. Once the engine is warmed up, they begin to bring up the revs. With a Supercross engine they take it to about 4700 rpm for about five minutes, then 8000 rpm for a couple minutes, then back to five grand, then 7,500, then back to about 4,700 revs and finally to redline briefly. They're also run through the gears, exercising clutch and transmission. The engines are allowed to idle and cool down to moderate temperatures before shutting them off.

Also not a good break-in technique.

Different types of engines get somewhat different break-in procedures, with different RPM settings to match the rev range of the engine. Road racing engines are run longer than engines for short races. One of the things they look for is the amount of engine blow-by past the pistons and rings. They have parameters and will “fail” an engine if the rings don't seal well, as this is a key to making power.

Robert also mentioned that he's found that every engine has slight variations in clearances and other specifications, which occur during manufacture of components. This is part of the reason why break-in is necessary: so that parts can bed in and seat against each other. Although machining and metallurgy are better now than ever before, there still are tolerances in manufacturing. When the oil is drained after the break-in runs, he said it's common to find small bits of metal in the oil filter. Some come from gears, clutch packs, and engine parts – including bearings. This is why that initial service is so important.

We also discussed using conventional versus synthetic oils during the break-in process. Robert told us that they've experimented with both types, and found that the main difference was that ring seating took longer with synthetic oils.

Overall, we suggest that you follow the manufacturer’s recommendations for break-in. These are usually found in the owner’s manual; if you're a Triumph owner it's write there on the tank. Most manufacturers call for a break-in period of about 600 miles for street bikes, during which the machine is ridden progressively faster in a sequence that increases engine speed until the mileage is reached. At that point the first service should be performed, including a full inspection, valve adjustment where applicable, oil and filter change, etc.

How to Do It

If you have a new track-only bike, or a fresh engine for one, follow a similar process as described by Robert Reichman above. If you don't have access to a dyno, ride the bike in a safe area. The same goes for dirt bikes, but follow the manufacturer's recommended break-in procedure. With all types of new bikes, it's good to heed the following advice: