Are You Missing A Critical Piece of ATGATT? 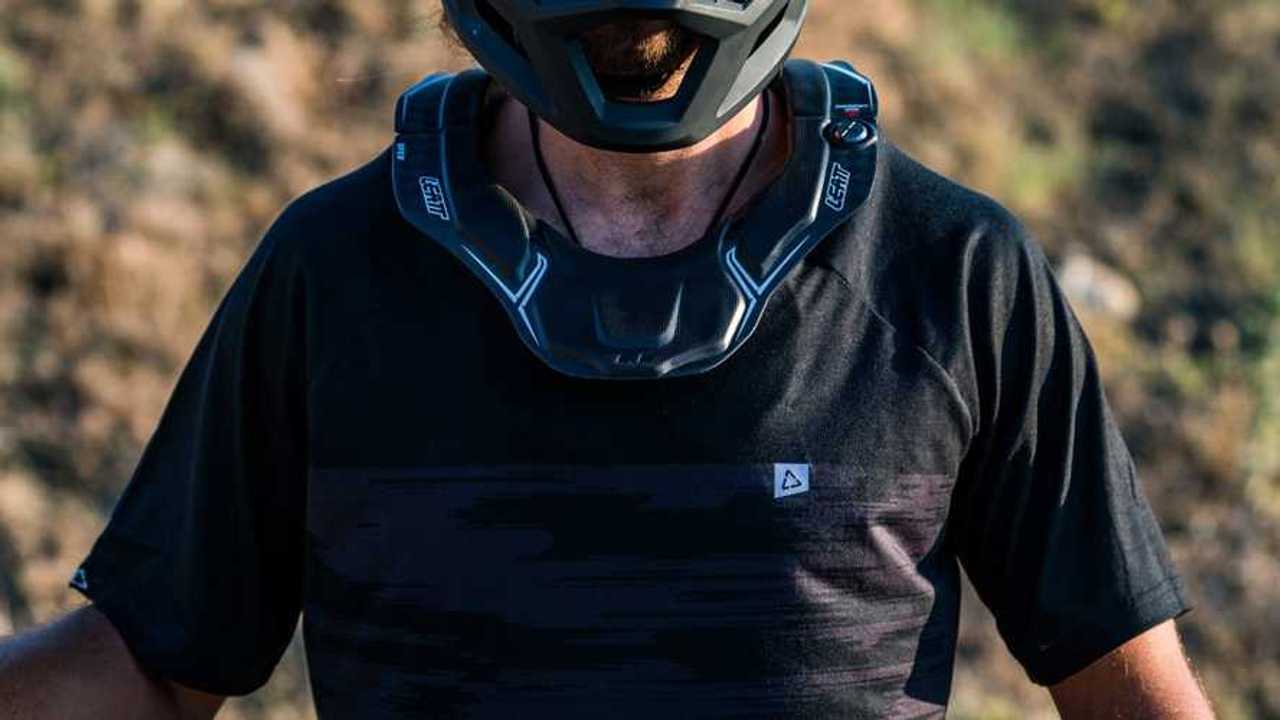 Neck brace before the crash, or after, that is the question.

The term all the gear all the time (ATGATT) takes on a different definition from rider-to-rider. For some, a leather jacket, jeans, and ankle-high boots may suffice. Others prefer full-length leathers or body armor and dedicated riding boots. One thing is for sure, you need to wear a helmet to even be in the ATGATT conversation, but we think a new piece of gear should be considered for your list—a neck brace.

Get Into Top Gear:

How To Choose The Proper Motorcycle Rain Gear

A Beginner's Guide To Motorcycle Gear

In a recent article on Adventure Rider, Eglė Gerulaityte chronicled her adoption of a Leatt neck brace for her off-road excursions. While skeptical about the comfortability of the new piece of gear, she acclimated to the neck brace in a few days.

Most of Gerulaityte’s falls from her Yamaha WR250 were at low speed so the neck brace didn’t get to prove itself immediately. However, on a trip through rough terrain in Transylvania, the adventure rider was flung off her bike and into a narrow ditch.

Landing head first, Gerulaityte sustained a mild concussion and a badly sprained hand, but the accident could have been much worse. Though the helmet absorbed most of the impact, Gerulaityte also attributed her new neck brace with mitigating her injuries.

The necessity of a neck brace has been a polarizing topic within the motorcycling community. Some riders have sworn by them and won’t set out without one. Others have cited neck braces as the cause of collarbone injuries or paralysis during an accident. Complaints ranged from “none of the Pros wear them” to “they look stupid.”

If Gerulaityte’s anecdotal evidence isn’t convincing enough, maybe a study from Action Sports EMS could help sell the point. Based on data collected between January 2009 and October 2018, the motorsports ambulance service published a study that included more than 8,500 recorded patients.

According to Action Sports EMS, there were a total of 265 critical cervical spine injuries over the course of 10 years—26 with a neck brace and 239 without. Deaths due to cervical spine injury were also higher without the additional neck support at a ratio of 4:1. Non-critical spinal injuries were similarly disproportionate at 109 with a neck brace and 702 without. Even the clavicle fractures that were purportedly a result of wearing a neck brace was 45 percent less likely if a rider wore one.

Like any community, the citizens and circumstances determine the social mores. Only time will tell if the motorcycling community embraces neck braces, but there’s only one person stopping you from adding it to your ATGATT code.