A good but not perfect idea for keeping cool in hot weather.

Hot weather isn’t that bad on a bike if you’re moving. Once you get that good airflow going, suddenly you’re rolling in the confidence that you’re roughly 10 degrees cooler than everyone else. That is, until you get stuck in traffic—and you could swear that you know first-hand how a baked potato feels.

Be Cool, Honey Bunny, Be Cool: 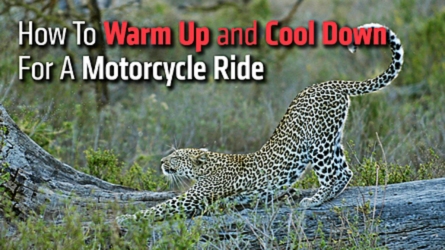 How To Warm Up and Cool Down For A Motorcycle Ride 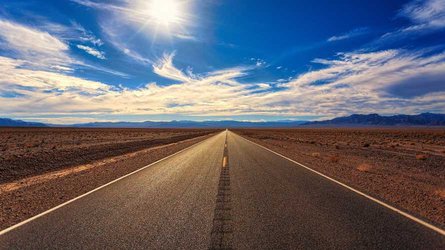 Summertime Riding: How To Stay Cool

To solve our heating and cooling woes, Sony just developed a cell phone-sized portable A/C unit that fits inside a shirt pocket. With a phone app, you can control the temperature—hot and cold, in fact—for maximum comfort on your ride.. Called the Reon Pocket, it launched via Sony’s First Flight crowdfunding platform, and achieved full funding rather quickly thanks to the sweltering temperatures across Japan right now.

Sony is selling the Reon Pocket units with t-shirts that have special pockets built in to hold the unit against the top of your back, just between your shoulder blades. According to company images, it sits flush against your back and is almost unnoticeable under your clothes.

Unfortunately for those of us who wanted this thing yesterday, we all have to slow our collective roll and wait for it. People who preordered it should see shipping notifications from Sony in March 2020.  Not great news, sure, but the fact that it’s Sony doing the crowdfunding probably instills a small level of confidence that it isn’t vaporware.

Sony seems to only have definite plans to release this unit in Japan. It’s a pity, because at a cost of ¥14,080 to ¥19,030 for the various crowdfunded packages (that’s $130 to $175 USD right now), pricing doesn’t seem too out of line with some of the high-quality base layers moto folks can already purchase. Also, if you’ve ever looked into the price of heated gear for winter, a unit that can heat AND cool at this price seems like it might be a bargain—provided that it actually does what it claims, of course.

We also don’t know how well it works with any back armor or hydration packs you might also be wearing inside your favorite summer moto gear. Additionally, Sony’s official page says that parts that might come into contact with your skin have silicon coating, but that the unit itself is not waterproof. We can probably assume that means it isn’t sweatproof, either.

The hype about this unit from Sony seems to be more about its cooling effects—so we also don’t know how well-insulated the unit is when heating. T-shirts are generally made of cotton, or a cotton blend that’s not great if that unit gets uncomfortably hot and it’s sitting right against your skin.

Battery life isn’t too good, either. According to Engadget, the Reon Pocket holds just two hours of cooling or heating power. It’s unclear if the unit can function while it’s charging, but carrying a portable battery pack around to recharge your A/C unit kind of defeats the purpose of having such a slim, unobtrusive A/C unit in the first place. Still, you might already have devised a solution for the power issue to run your action cam on long rides, so you might already have a good workaround for this potential problem.

Finally, we don’t know what kind of life this unit or its battery has for that matter. Is the battery at least easily replaceable by end users, since the unit isn’t completely waterproof? Some compromises must be made in product design, but here’s hoping that one at least works out in our favor.