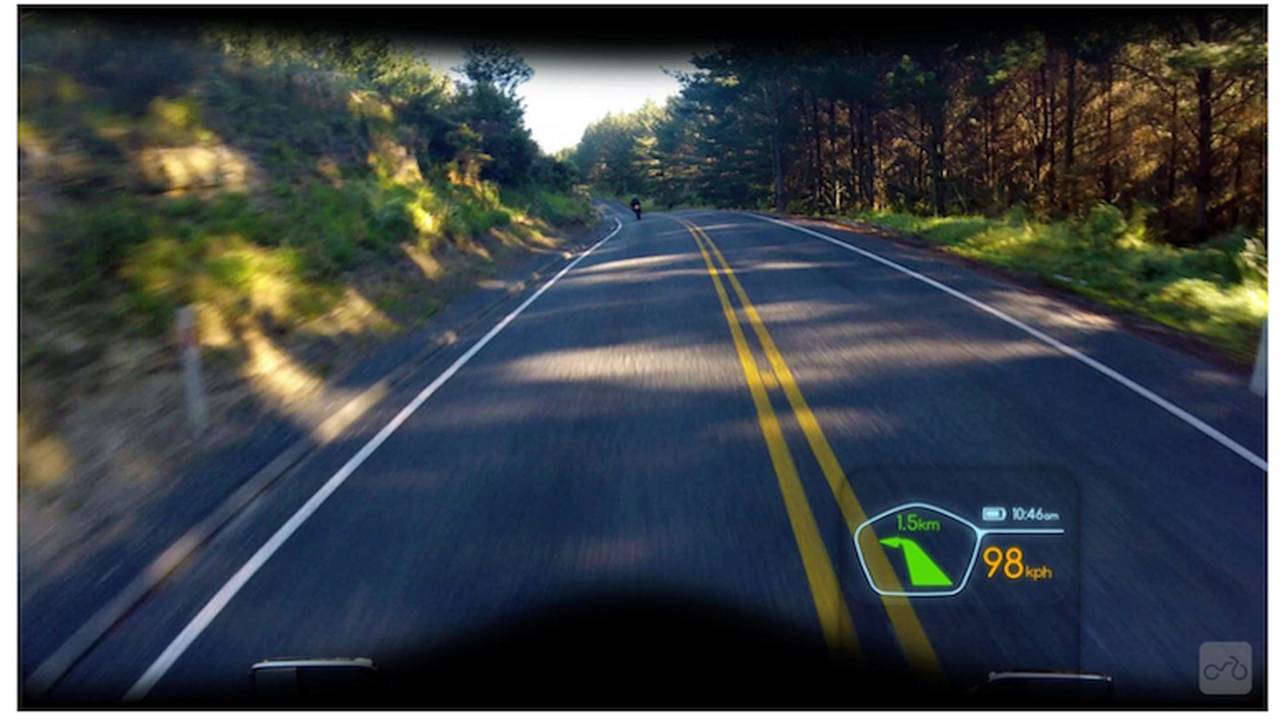 New Zealand-based tech startup Reyedr has finally began its Kickstarter campaign in an effort to receive funding for the trick device.

New Zealand-based tech startup Reyedr has finally began its Kickstarter campaign in an effort to receive funding for its trick new heads up display.

After two years of research and development, New Zealand-based Moto-HUD startup Reyedr just launched its Kickstarter Campaign to help bring a slick new motorcycle HUD to market. The company is asking for NZ $100,000 (US $72,275), and has until August 8th to reach its goal. So far, the kickstarter has raised about ten percent of the total needed.

The Reyedr displays real-time data such as speed, navigation and texts/calls, with the device running off a smartphone app on the users phone. In addition to the features one would expect from a Moto-HUD, the Reyedr also boasts a feature that allows its user to easily alert emergency services in the event of an accident. To anyone unfamiliar with a HUD, Reyedr explains it's as, "A transparent screen (mounted to a full face helmet's chin-bar that) sits just in the periphery of the motorcyclist’s vision allowing riders to keep their eyes on the road while still maintaining awareness of key riding conditions."

The Reyedr HUD runs off a connected Smartphone app

RideApart recently got the chance to sit down and chat with Reyedr founder and CEO Kal Gwalani to talk about his product. We asked him explain what separates his company's product from the other offering(s) on the market, and it became increasingly clear that this piece of tech was designed with safety being one of the primary focuses.

The Reyedr HUD easily mounts to any full-face helmet

Galwani explained to me how looking down at your bike's instrumentation for a single second at 70 miles per hour means you've traveled over 100 feet without your eyes on the road. That doesn't factor in the time it takes your eyes to adjust and register what's on the dash and then adjust back to the road. For this reason the device was designed to clearly display only vital information, enabling users to effortlessly see whatever data they want without having to take their eyes off the road.

In addition to the focus on safety, the Reyedr separates itself from the other existing HUD's via its lower price. To the best of my knowledge it's the least expensive Moto-HUD on the market. The will retail at US $495, with Kickstarter investors given access to their own HUDs as early as March 2018. The lightweight device can be mounted to the chin-bar of any full-face helmet via several mounts that come with the color-HUD. Having actually held one of these in my own hand, and having demoed it briefly, I can say I personally find the Reyedr to be seriously cool. The thing makes you feel like you're in the future.

The Reyedr HUD not only makes your ride safer, but looks pretty damn cool while doing it

Another interesting point Gwalani conveyed to me was his relatively simple philosophy and approach to developing a wildly complicated piece of tech.

"I didn't want to build a helmet with a built in HUD because Shoei and Arai (and AGV) have already developed a fantastic product. I didn't want to design a HUD with an action camera built into it because GoPro has already done a terrific job of that. So the idea was to offer a HUD a la carte that would be easily compatible with these great products that already exist. This gives Reyedr users the ability to use the best quality products in tandem with our HUD, and at the same time has enabled us to keep both development and production costs down which is reflected in the Reyedr's competitive price.

As far as how the thing works and tech specs and whatnot, I'll let the recent Reyedr press release explain that.

"How does the REYEDR HUD work? Essentially, it is an opto-electro-mechanical system, including a visual interface incorporating patented holographic technology to achieve the requirements of the virtual image. The image itself is generated through a bespoke LCOS system designed to work in all ambient light conditions. The resolution of the display system is 800 x 600 pixel with up to 4.3 billion color combinations (32bit), which is the equivalent of 2,700 ppi."

On top of being programmed for use in group riding, the Reyedr also sports a few practical features that are as simple as they are ingenious. For example, the displayed speed on the HUD is green, but as you start to approach the speed limit the speed's color displayed on the HUD gradually changes to orange, which if obeyed means the device would pay for itself pretty quickly depending on how much of a hooligan the user is when on two-wheels.

Sadly, after the Skully debacle, finding enough supporters to pledge the total funds needed may be an uphill battle. The folks of Reyedr have undeniably invested countless hours of hard work so hopefully they achieve their goals, though. (Also probably not spending the kickstarter funds on hookers and blackjack -Ed.) Kai is also genuinely a stand-up guy who’s passionate about motorcycles. For example, when we were making plans to meet when he was in Southern California he suggested we meet up at the Peterson Auto Museum which is chock full of amazing bikes. And let's face it, it's hard to argue the fact they have one seriously cool piece of tech that HJC's Iron Man helmet would pair wonderfully with.

Me (Tim Huber) and Reyedr founder and CEO Kal Gwalani