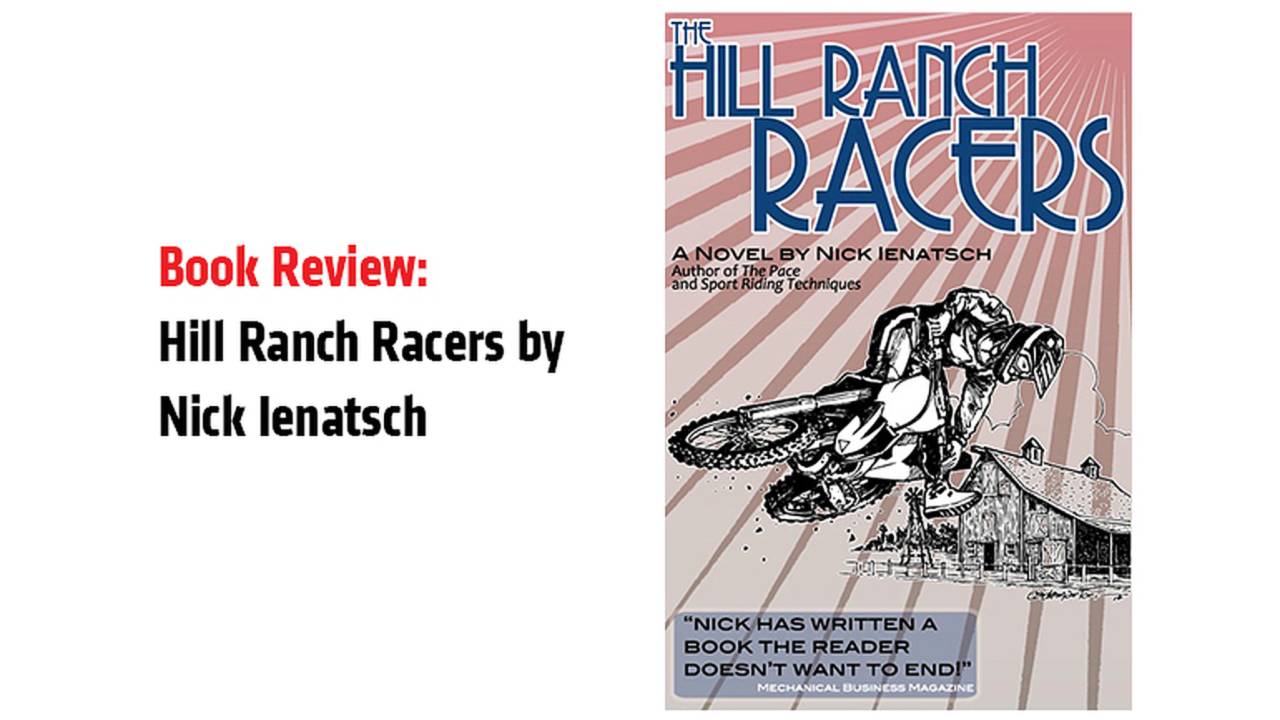 A true page-turner that conveys the appeal of dirt bike riding, the excitement of motocross racing and the importance of humility and hard work.

The Hill Ranch Racers is an engaging new book from first-time novelist Nick Ienatsch. Aimed at the young-adult market, the novel has appeal for motorcyclists of all ages. It combines a straightforward narrative with embedded moral lessons, fantastic riding observations and energetic moment-by-moment racing commentary.

A true page-turner that conveys the appeal of dirt bike riding, the excitement of motocross racing and the importance of humility and hard work -- just what you want in a novel for young readers, and refreshing in a work that centers on motorcycles.

Teddy Hill is a twelve-year old who lives on his family's ranch in Southeast Colorado. He's been riding dirt bikes since he could walk. His grandfather was an early adopter. He used bikes to inspect fence lines, herd cattle, and generally manage the ranch while most ranchers relied solely on horses. Teddy's dad, Tom, grew up on bikes, too. In fact, Tom Hill was a supremely gifted rider and racer in his youth, until a disastrous crash in his first race at the Anaheim Supercross ended his dreams. Now, Tom still rides, but he only rides to get work done on the ranch.

The Hills' world gets turned upside down after a visit to the Pueblo County Fair, where Teddy's expert riding during a demo motocross session catches the eye of Bill Pearson, owner of the Yamaha dealership in Colorado Springs. From that point forward, the Hills, Bill Pearson, his sons Ken and Shane, and a father and son from California, the Jupiters, become intertwined in a motocross adventure that changes them all forever.

Even though I haven't been a young reader for many years, I found myself caught up in Ienatsch's writing. I wasn't surprised that he got the motorcycle stuff right -- I was delighted that executed the storytelling so well. His characters are beautifully drawn, leaping off the page with life and vitality. Perhaps because I'm cynical and tend to read much darker material, I had to relax into the world of the Hill family and stop peeking around corners looking for a villain in the story. There isn't one -- except perhaps gravity and self-doubt.

Nick Ienatsch is a leading motorcycle instructor, and an influential writer about the science of riding. After working with the Freddie Spencer High Performance Riding School for ten years, he founded the Yamaha Champions Riding School, where he teaches today. Ienatsch wrote for Motorcyclist magazine and founded Sport Rider magazine, and currently contributes to Cycle World. His 2003 book, Sport Riding Techniques: How To Develop Real World Skills for Speed, Safety, and Confidence on the Street and Track, is one of the best instructional books on the topic.

The Hill Ranch Racers is a wonderful book for motorcyclists and non-motorcyclists alike. I'm looking forward to sharing it with my nieces and nephews, who are just at the age where they're curious about my involvement with motorcycles. A book like this can spark the imagination, and hopefully get readers thinking about exploring a life on two wheels of their own.