At Last! The New Women's High Racer Gloves Are Here 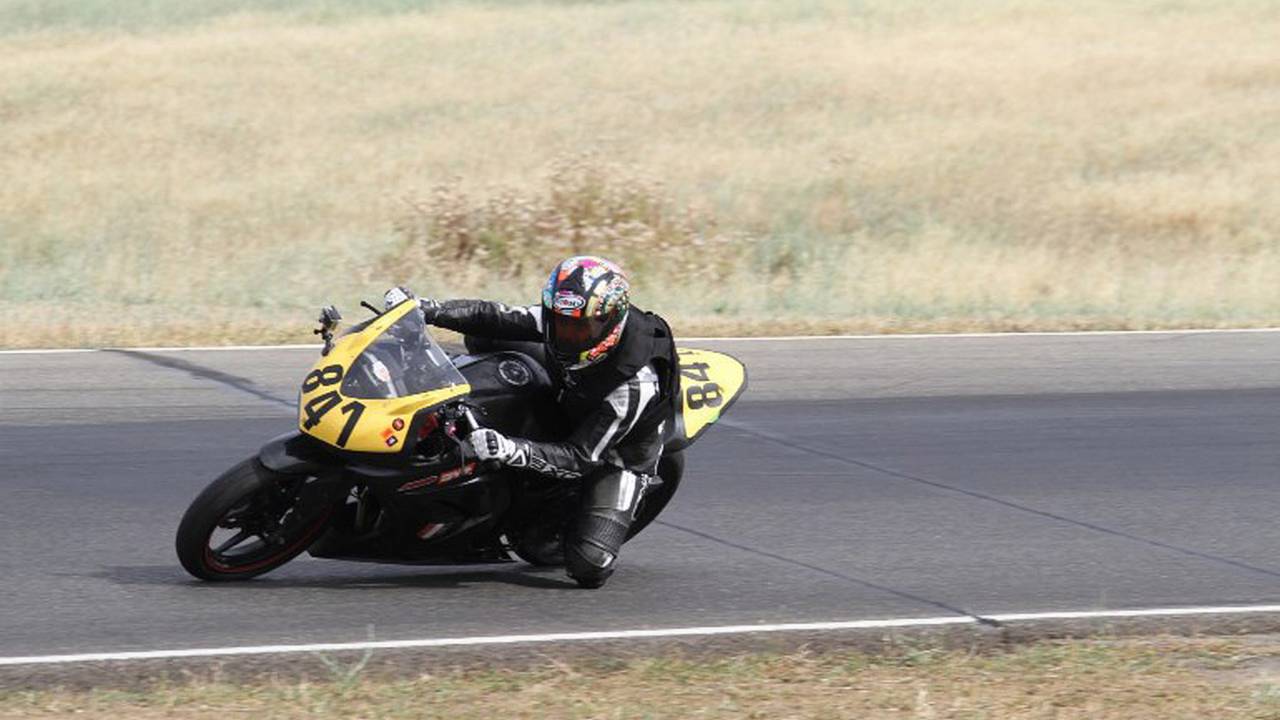 Finally! After almost two years of impatiently waiting, RACER has finally released a new women’s gauntlet race glove known as the High Racer. These gloves are made for the lady who hits the track a few times a year, does pro or amateur racing, or any woman who wants optimal hand and wrist protection while riding the streets. I fortunately fall into all three categories of riding.

When Lee Block, President over at RACER USA, showed me the all-new High Racer glove, I was ecstatic (I practically almost bulldozed him down when I heard he had it to show). And yes, you read that right. At the time he only brought one glove since they technically weren’t released at that time. I proceeded to let him know that I've been waiting a while for these.

In my story, “Tips for Finding the Best Women’s Motorcycle gloves,” I mentioned RACER gloves, but with an unknown date with when the next release was. I also talked about how much I adored the High End gloves--which I’ve owned in the past—mainly due to it’s comfort and durability. After testing those out three times, it was time to retire them.

These gloves were my favorite! But do I have a new favorite? Keep on reading to find out...

At first glance, the High Racer looks freaking legit. Putting it side-by-side with the men’s High Racer, it looks identical. The only difference in appearance is that men’s glove comes in two colors—white with black trim and all black—while the women’s comes in only white/black trim. There’s another difference, but that will be mentioned later on in this review. The color options really isn’t a big deal because simple color scheme (white), but it works for me since it matches my leathers, and would match any market brand leathers.

Another feature that pops out of these gloves is the kangaroo leather palm. It’s so soft and kangaroo is known for providing better protection than cow skin. Over that, there’s a Chamuse suede, which is—according to the Chamuse website— " a high-tech material that feels so much like leather you'll swear it is." It's also known to be durable too, and on the High Racers, it helps to provide grip. It's apparently a new material that " is based on the latest ultra fine microfiber technology producing thickness of about (1/1,000th ) the diameter of a human hair." Well that sounds kind of neat.

There’s also carbon fiber palm sliders. Flip the glove back over and you will see there’s more carbon fiber found on the knuckles, fingers and the near the wrist bone, which is a very nice touch. The cherry on top of this would be the ring and little finger being adjoined. This is to prevent “finger roll” (ouch! Just saying that made me wince.) Completing the gloves’ appearance is an adjustable velcro strap around the wrist and a larger one right below that for better fitment.

It’s All About the Fit

What I’ve found that makes a woman rider choose between buying a women’s-specific or men’s-specific glove is the fit. There are gals I know who buy men's gloves because they can’t fit in the women’s, or there are women who wish they can find a quality glove that offers optimal protection, but can’t find a glove that meets those needs, so they settle for a bigger pair and going with the men’s.

So, if a moto brand wants to really wants to cater to women riders, they need to provide products that fit and offer great protection. I feel RACER does an overall good job at this: It tailors to us ladies with small hands (like me) and to ones with large ones. The High Racers come in women’s sizes M-XL, and below you will see what those sizes translate to:

If your palm and/or finger length is bigger than this, you can easily hop on over to the men’s High Racers in a medium (palm measurement at 8 ¾ and finger at 7 ¼) and so on. Again, they are virtually the exact same glove. I wear the mediums and these gloves hug my hands so nicely. I like to have a tight fit so I can feel as much as I can while riding my moto.

On their website, RACER claims that the High Racer’s offer an “outstanding for with virtually no break in.” I agree. It does get a bit softer, but right when you put it on, the glove isn’t super stiff, which is similar to the older High Ends that also didn’t need much break in either.

Also, what makes this glove so amazing is that they’re so damn comfortable. I seriously love putting these gloves on. They also help prevent blisters that are caused when you grip too hard. I know, I shouldn’t be gripping anything on the bike like that, but sometimes you get in the moment while racing. Luckily, I had just small marks that look like some blisters could have developed if I didn’t have a good barrier between my hand and the clip-ons.

It’s Also All About the Armor/Protection

Thankfully, I haven’t tested these yet, but I have a feeling that, at minimum, these gloves perform as well as the prior High Ends—so the High Racers can probably endure some pretty high speed crashes!

Unfortunately, there’s a lot of gear out there tailored for women that doesn’t offer the same amount of protection like the men’s gear--especially when it comes to gloves. Thankfully, RACER doesn’t fall short when it comes to protection on our lady fingers (and hands!) As I mentioned in the “Features” section, this glove has plenty of carbon fiber in the right places.

My only gripe about the gloves was the another difference between the women’s High Racers compared to the men’s (remember I mentioned I’d get to it later? Now is later). When it comes to protection, the men’s comes with Knox® SPS palm sliders, while the women’s simply has carbon fiber. When I asked Lee about, he replied with, “since the women's glove is specific cut for women, there is no room for the Knox sliders...too big.” Fair enough. Even though Knox is optimal in protection, the carbon fiber definitely holds up pretty well. Check out the photo right below for the impact on the older High Ends.

The High Ends had a carbon fiber dot pattern on the palm. These sustained a few crashes quite well, so I'm confident the ones on the High Racers are just as good.

These gloves are made for warm weather, which is good since I ride at very hot tracks. I never came off the track with sweaty hands. It’s vented in fingers and wrist, so they’re definitely breathable. I've also ridden in these on the streets in the "cool" Bay Area temperatures. Let's just say my hands were the coldest part when I hopped off the bike.

The High Racers come in a decent price of $219 . If you’re thinking this still may be a bit steep, consider that your hands are worth it. Fortunately, crashing in the older High Ends didn't result in any broken bones, just a minor sprained hand.

This is what happens when you purchase sub-par "race" gloves. After I retired my High Ends, I wanted to stick with women's only gauntlet race gloves. I went down and the glove didn't hold up well at all. This would buff right out no?

No, no it didn't buff out. I ended up with a fractured bone in my wrist. Do yourself a favor and invest the money for a good pair of gloves.

Like Nike says, “Just do it.” Buy the gloves if you’re in the market for gauntlet leather gloves. That’s pretty much it! But seriously, these are one of the best “race” styled gloves out in the market in my opinion. Because I've purchased my first pair by chance and they've worked out extremely well, I was so excited for these and still am. I'm officially a fan of RACER gloves.