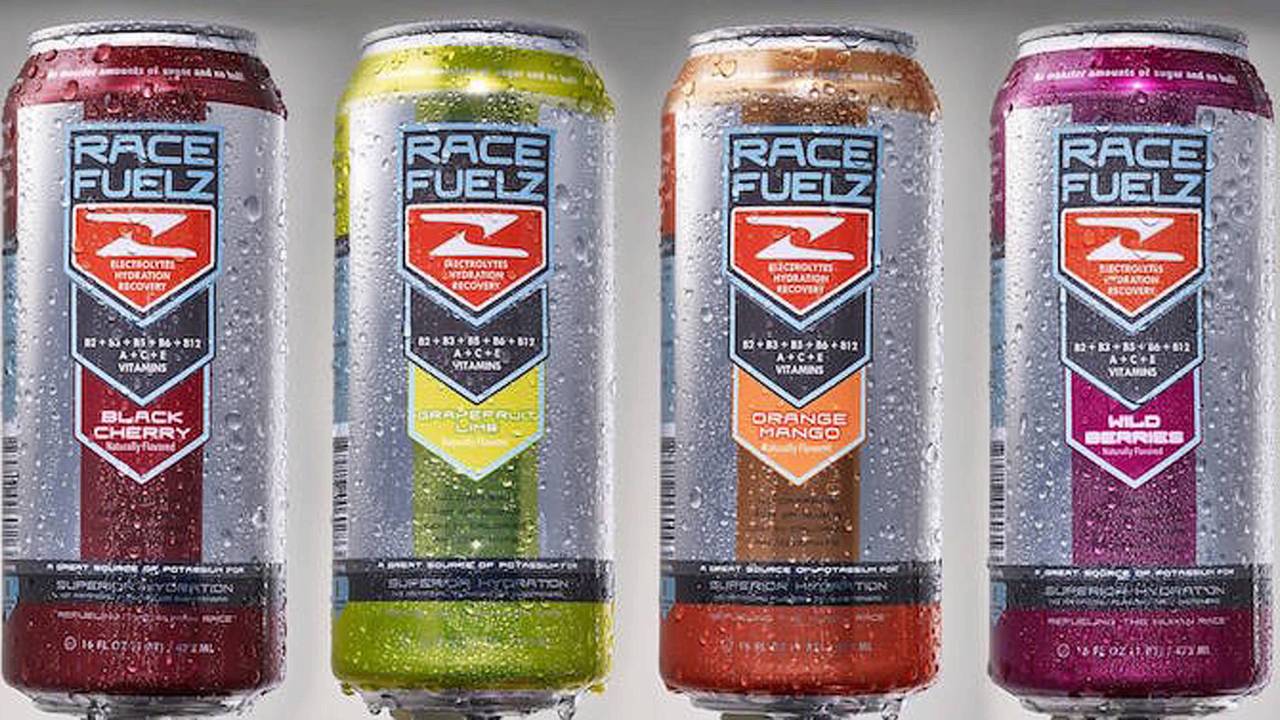 There are tons of hardworking moto entrepreneurs out there making "the next best thing" for riders — everything from gear, cameras, safety devices, motorcycle performance parts... the list can go on. However, there are not many that have made something to fuel the other component critical to riding a motorcycle: you.

When it comes to riding — especially racing — a motorcycle, being in top shape physically and mentally is important. You want to be able to tackle twisties while being smooth and focused. Considering this, RaceFuelZ founder Michael Aron decided that what you put in yourself is just as important as what you put into your machine. He created RaceFuelZ, a sports drink that he says puts high octane, top-quality fuel in your "tank."

Aron has always had an entrepreneurial spirit. He’s not only been riding and racing on two wheels for more than 20 years, he has also worked as the race team data acquisition engineer, and art director for the Fast By Ferracci Ducati race team. There, he was able to collaborate with top industry professionals such as Eraldo Ferracci, Kevin Schwantz, Matt Mladin,  and others.

Back in the late 1990s, he created Mojotown, which started off as a small creative agency that specialized in web design and corporate identity for motorsports companies. Aron eventually branched out and created a retail store with the Mojotown name. Located in Marin, California, it carried top-brand names in motorcycle gear and apparel.

Meanwhile, during his race days, he was looking for an energy drink that didn’t have a lot of sugar, that kept him energized, and that tasted great. However, it wasn’t until 2002 that he came up with the idea for RacefuelZ and even spoke with some beverage companies about getting the idea going. And it wasn’t until 12 years later that he decided to put 100 percent of his focus into RaceFuelZ and closed Mojotown.

Aron worked with top industry professionals to bring RaceFuelz to fruition, including Cytomax formulators and others who have an extensive background in the health and wellness industry. RaceFuelZ was initially only available in a powdered form and came in a 10-gram packet that is mixed with 16 oz. of water. Just this year, Aron embarked on creating RaceFuelZ in a can, providing more flavor varieties all while trying to be one of the top names in the sports drink industry.

I’ll admit it: I hate energy drinks. I, unfortunately, have relied on them in the past (particularly during my college days), or when I’ve gone days without sleep. To me, they just taste awful, but at times, I needed the benefits.

I first heard of and tried RaceFuelZ at the AFM races. Aron always had a small booth set up in the paddock with a big jug of pre-mixed product that comes in three flavors: orange mango, cherry lime, and raspberry. I tried the orange mango and thought it tasted pretty good, but at that time I wasn’t looking for a pick-me-up, since I wasn’t racing nor as active as I am today.

Aron is always prepared to let you taste his masterpiece! Photo by Greg Sharp.

Fast forward to a few months ago. I had picked up dirt biking and am now full-blown racing for the AFM. For me, these activities are exhausting as hell, and they become even more exhausting when you get little sleep the night before due to nerves and excitement. I was at an all-women's dirt camp when Aron and his family decided to drop by to hand out free RaceFuelz packets.

I tried the cherry lime flavor and really liked it; it wasn’t too sweet and satisfied my thirst. I rode for the remainder of the day and felt great. I also felt fine the next morning, which was rare because I’m usually exhausted and sore the next day. I drank another packet, rode my heart out, and went home feeling 100 percent. I was officially hooked!

At closer inspection, I realized that RaceFuelZ was a bit different from the popular sports/energy drinks currently on the market. On the packet it states that RacefuelZ helps curb fatigue, provides sustainable energy, increases hydration and fights inflammation.* The kicker is that RaceFuelZ is caffeine-free, which is a plus for a lot of folks who don’t need the heart palpitations.

It’s also naturally sweetened with a small amount of cane sugar and stevia, containing only two to three grams of sugar and four grams of carbs. Also, it’s packed with a good amount of vitamins and minerals. The RaceFuelZ website states that they’ve put  “only the essentials inside – electrolytes for energy and stamina, osmolytes to prevent excessive thirst, and vitamins and minerals to support detoxification and recovery during activity, producing a clean burning fuel made for your body.”

All of this good stuff is found in a little packet that contains only 20 calories.

As for the canned RaceFuelZ, it does have a teeny bit more sugar, calories, and carbs; however, the taste is what makes you want to grab one of these. The cans also come in orange mango but deviates a bit from the packet flavors to include grapefruit lime, black cherry, and wild berries.

As I mentioned, I love the taste of RaceFuelZ, especially in the can. My favorite so far is the black cherry, especially when it’s ice cold. The orange mango comes in a close second, and it’s my favorite in packet form. You don’t get the overly sweet taste you get from the popular energy drink brands. But taste is a subjective matter, so everyone will have different opinions in regards to this.

If you’re not a fan of sweet stuff at all, I would definitely get the packets since you can regulate how much water you mix per serving. So, for example, perhaps you’d start off with 20 oz of water and continue to add as much as you’d like to get to the taste profile you’re looking for, all while getting super hydrated and getting all RaceFuelZ goodness!

My reaction after trying RaceFuelZ in a can for the first time. I love it!

Thanks to nerves, I was a wreck during my first race of the year. Naturally, I did not sleep the night before, and it was taking forever to get my brain warmed up while out on track. Aron, fortunately, had a colleague out at the races selling RaceFuelZ packets, and I bought a box. After consuming it, I almost immediately noticed a difference. I felt rejuvenated, more focused, and my lethargy went away.

Now I don’t go to a race without a few packets on hand. These bad boys have saved me after consuming too much beer the night before, have kept me well hydrated on 100-plus degree days at the track. I’ve also started to drink RaceFuelZ after a really intense workout, so I don’t wake up super sore the next day. So far, it’s been successful, and I highly recommend RaceFuelZ to anyone. It’s great for those who just want to get more daily vitamins and minerals in, to the high-level athlete.

RaceFuelZ is beginning to gain a lot of traction and notoriety in the motorsports world. Aron has sought out top athletes in the field to offer RaceFuelZ sponsorships. He sponsors racers such as former KTM Cup racer and champion Gage McAllister, MotoAmerica 1000 Superstock Champion Josh Herrin, and the winningest female in NHRA history, Angelle Sampey. Aron is looking to include other non-moto athletes, such as bicyclists and runners, to sponsor in the near future.

For now, the easiest way to get RaceFuelZ is to order some through the website or on Amazon. The packets come in a box of 20 and currently are on sale for $29.95 on Amazon (or $34.95 through the website). As for the cans, a 12-pack goes for $48. Sure, the cans seem a bit pricey, but I feel it's worth it, especially if you’re looking for a sports drink that has quality ingredients.

As for distribution, Aron has secured spots on Safeway shelves in Northern California. But if you’re interested in where RaceFuelZ will further be distributed, make sure to follow RaceFuelZ on Facebook and Instagram for updates.