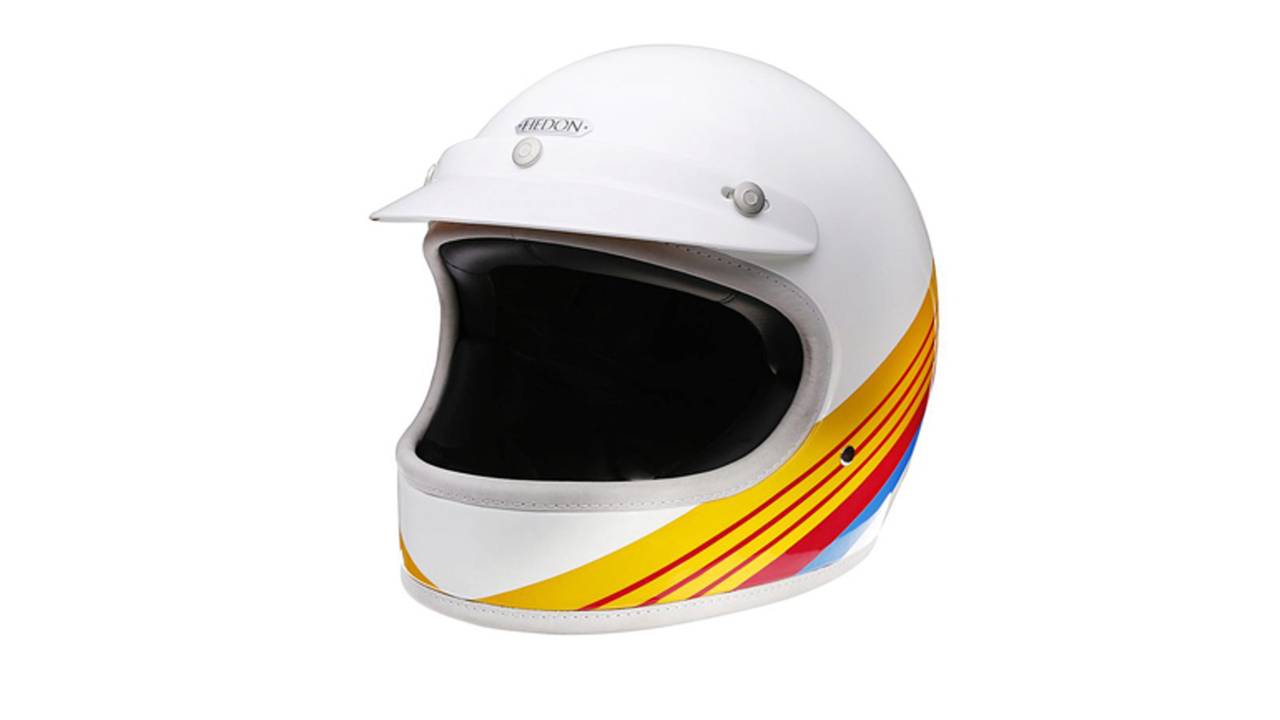 Hedon Helmets releases another retro-looking helmet in celebration of the annual US/UK summer dirt event with the most smiles per hour.

In celebration of the fun, lighthearted dirt “competition” annually held in the United States and United Kingdom, Hedon has released their new Heroine Dirt Quake Trailblazer helmet. The new lid is a modern, full-faced helmet with a killer paint job and an unmistakably vintage appearance. The helmet, which looks a whole lot like a LEGO minifig motorcycle/racing/spaceman helmet, boasts a yellow, blue, and red on white paint scheme that looks straight out of an era where ABBA and lava lamps were in their prime. This look has become increasingly popular in recently with other companies producing offerings with similar paint digs such as the RSD X Ducati Mach 2 Scrambler and DMD Helmets Seventy Five Waves helmet.

Like the standard Heroine, the Trailblazer has a carbon fiber and fiber glass shell lined with HED Armor lining. It features 360 degree cushion padding, natural calf leather trim and lining, anodized hardware, and Merlin anti-bacterial fabric. It also has a full ECE 22.05 safety certification. Dirt Quake has become increasingly popular in recent years and with the signing of a TV contract, it will almost certainly get much bigger, making Hedon’s decision to attach their name to the growing event a sound one.