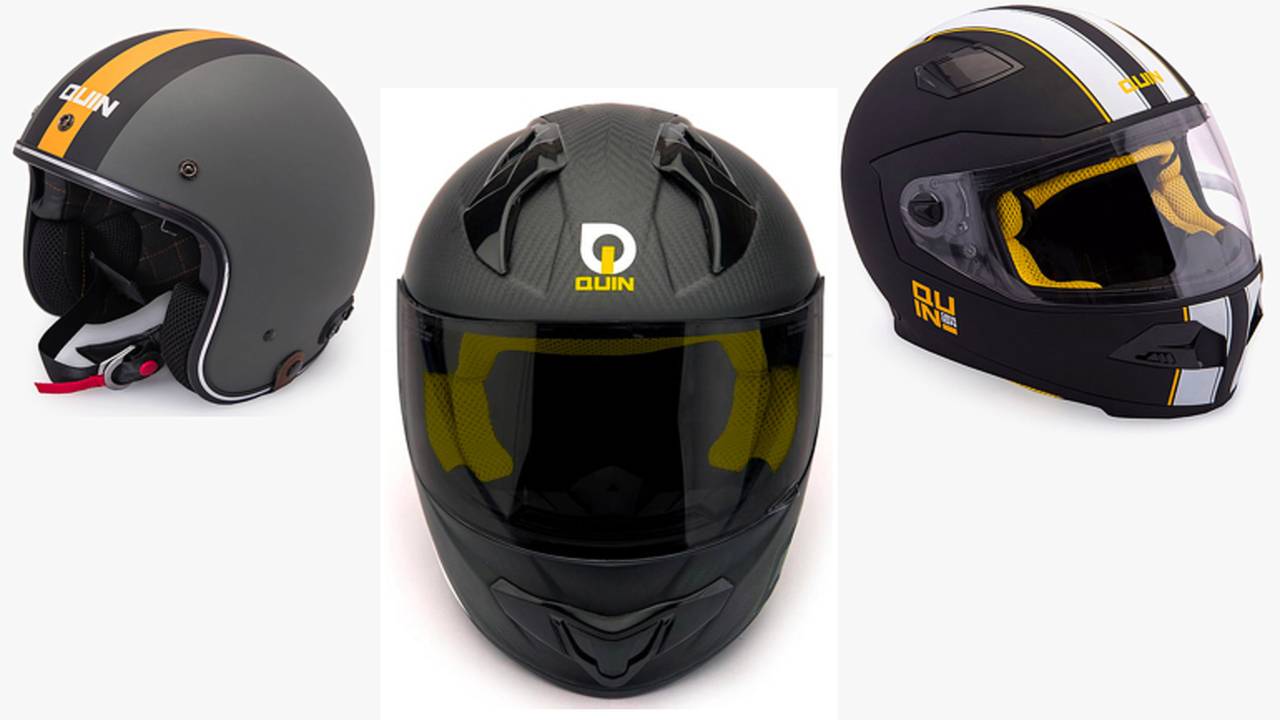 Integrated Bluetooth 4.0 connectivity, built-in crash detection, and an emergency SOS spot beacon are all features in the new smart helmets from Quin.

An outfit called Quin Helmets launched a Kickstarter campaign on March, 20, 2018 for its line of smart helmets and reached 64 percent of its $30,000 funding goal in roughly 24 hours. So assuming Quin is pretty much guaranteed to reach its goal its lids see production what, exactly, is Quin offering?

The Minnesota-based startup debuted a trio of helmets in its inaugural range—the open-face McQ, the full-face Spitfire, and a trick, race-spec, carbon fiber full-face called the Ghost. Each helmet has built in Bluetooth 4.0 connectivity and external glove-friendly buttons, enabling the use of phone calls, GPS, music, etc. Quin’s products also sport something called the “Intelliquin Crash Detection System” which uses sensors to detect forces in the event of a crash. These sensors inform emergency contacts of the downed rider’s location if said forces exceed 100 Gs. Quin’s helmets also boast “Intellequin SOS” units, allowing riders to manually trigger a distress signal to the nearest emergency responders.

Quin’s helmets also apparently connect to a proprietary app that the company plans to updating with additional features, such as “biker-specific traffic information” and ride analytics. For now though, the app is limited to music, maps, calls, and Siri. The startup somehow found a way to keep its products' weight down despite having to add a handful of pieces of tech hardware. As a point of reference, Shoei’s RF1200 and Arai’s Corsair X both weigh just over 3.5 pounds and AGV’s Pista GP R—a ridiculously light carbon fiber helmet—weighs in at 3lbs. This makes the Ghost's 2.79lb weight pretty damn impressive, as well as the world’s lightest smart helmet. My AGV Corsa feels crazy light and is half-a-pound heavier than the Ghost.

All six of Quin Helmets' offerings.

The McQ is available in three paint options while the Spitfire only comes in two colors, and the carbon fiber Ghost only comes in bare carbon fiber. Quin also offers a range of different color visors and face-shields. According to Quin, the expected retail prices for its helmets are surprisingly affordable, with the McQ supposedly carrying an MSRP of $300, the Spitfire is said to be $350, and the Ghost is reportedly going to sell for $540. Anyone interested in getting a Quin lid can go to the company’s Kickstarter page where the McQ helmet is available for $200 as an earlybird special, the Spitfire is available for $235, and the Ghost for $375. The Spitfire and McQ utilize a thermoplastic shell construction and meet DOT and ECE certifications, as does the carbon fiber Ghost which also meets ECE, FIM, and AMA racing standards.

For more info on Quin’s products you can check out the company’s website, or to preorder your own McQ, Spitfire, or Ghost you can head over to Quin’s Kickstarter page.