In 1922, Bob Dicker and Bert Mathers made history aboard a Rudge 996cc. As a built-to-order race machine, the V-twin-powered superbike (of its time) had one objective: break records. Dicker and Mathers did just that on November 25, 1922.

Taking to England’s Brooklands motor racing circuit, the pair etched their names in the record books during an eight-hour-long endurance run. Each pilot wrangled the pulsating beast for 1.5-hour stints. After quickly refueling and switching riders, the Rudge was back on the track, gobbling up the miles and seven records in the process.

During the fabled session, Dicker and Mathers broke the 500-mile record with an average speed of 74.96 mph. The duo figured they’d gone that far, why not go another 100 miles while they were at it? They secured the 600-mile record with a 71.27-mph average speed as a result. They weren’t done either. Over a six-hour period, Dicker and Mathers also set a new overall speed record of 75.02 mph. 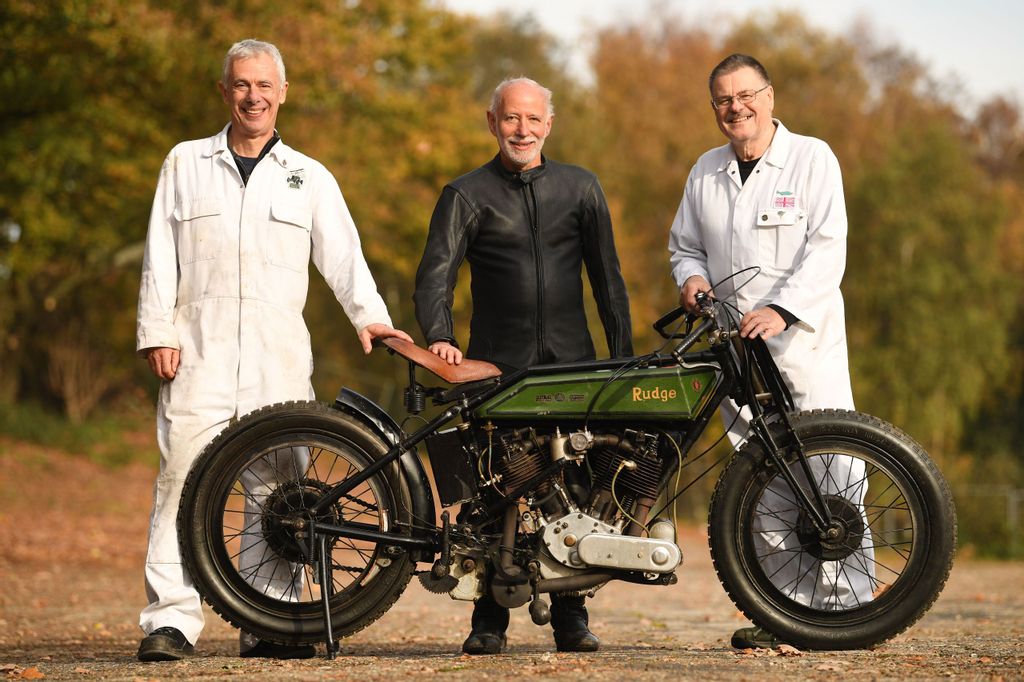 Following that legendary run, the Rudge 996cc fell into obscurity. It was later found in an orchard in 1956 before spending nearly 70 years in storage. In 2019, the then-owner donated the motorcycle to the Brooklands Museum in Surrey, England. Upon the Rudge’s arrival, the Brooklands Motorcycle Team went straight to work.

Museum volunteers Martin Gegg, Gareth Pemberton, and Ian Dabney didn’t have all the time in the world, however. With the 100th anniversary of Dicker and Mathers’ historic run on the horizon, the team raced against the clock to restore the Rudge to running condition.

“Rudge spare parts are non-existent, so the team had to make the parts themselves, as authentically as possible,” revealed team member Martin Gegg. “The carburetor, which was only installed this morning, is the final piece of the puzzle and we’re hoping that today will be the day we get to see the Rudge run again.”

To the delight of the team and a gathering of onlookers, the Rudge roared to life on November 25, 2022. One hundred years after its celebrated run, Gareth Pemberton took the Rudge down memory lane at Brooklands’ Railway Straight. With the Rudge in running order again, the Brooklands Museum will put the record-breaking bike on display in 2023.