The stakes couldn’t have been any higher for the 2022 MotoGP title contenders. Heading into the last four rounds of the season, only 25 points separated defending champion Fabio Quartararo and his two main title rivals, Ducati’s Francesco “Pecco” Bagnaia and Aprilia’s Aleix Espargaro. With Bagnaia qualifying third and Espargaro starting from 13th, Quartararo’s fourth-place start seemed like a suitable position. That is until the rain started falling.

Prior to the Thailand Grand Prix, Pecco struggled at a rainy Indonesian Grand Prix, finishing in 15th place. Quartararo nabbed his first podium of the season at the wet race, and many believed we’d see similar results at a soggy Chang International Circuit. Boy, were those projections wrong.

As soon as the lights went out, the field hustled down to turn one. That’s where Quartararo’s ride quickly went south.

"The first laps of the race were really tricky,” admitted the Yamaha rider. “I was pushed wide by Jack [Miller] in turn one and it only got worse from there. I was trying to find a good feeling, but in turn four I had a moment."

That second incident sent the defending champ plummeting down the field. Throughout the race, Quartararo struggled to make up any ground. In the end, he finished in 17th place, failing to score a single championship point. 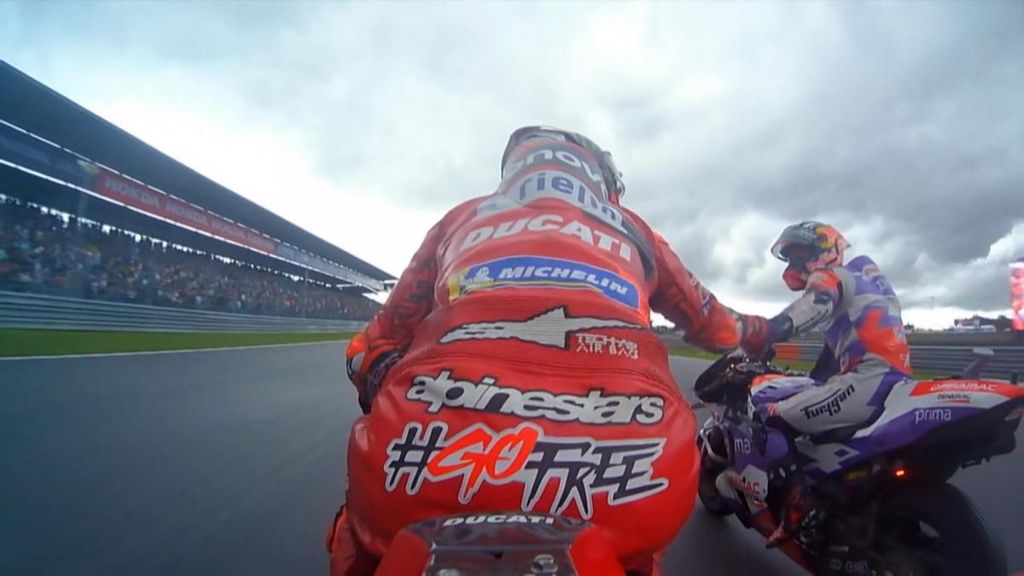 “Since Misano, we have some race instructions,” noted Zarco, “for a victory, Ducati doesn't block anything. For places other than [a] podium, yes, we give the advantage to Pecco.

“And that's what was tricky in combat. It was a good weekend and a good race because fourth place in conditions like this is long, it's hard, but it's nice to finish with points, a good place, and almost a podium... let's say [I] left to Pecco.”

Now, only two points separate Quartararo and Bagnaia with three races remaining and 75 points left up for grabs. Espargaro also made up ground in Thailand and now trails Quartararo by 20 points. Additionally, Ducati’s Jack Miller and Enea Bastianini still have an outside shot with a 40- and a 39-point deficit, respectively.

As the MotoGP paddock heads to Australia’s vaunted Phillip Island, Quartararo will have to fight harder than ever, especially if he has to battle a fleet of Ducatis to fend off Bagnaia.