What Do You Think About Intelligent Speed Assistance On Motorcycles?

Some European Parliament members want to see it made compulsory on new bikes.

In early October, 2021, a majority of the European Parliament voted to adopt a draft report that outlines a number of road safety measures, including Intelligent Speed Assistance for motorcycles. To be clear, that’s just one of the measures that MEPs have voted to support. Here’s what we know so far.

“For far too long, Europeans have had to live with an unacceptable death toll on our roads. It is realistic to aim to halve road deaths by 2030, if the EU and member states commit to better road safety, coupled with strong political will and sufficient funding,” said Member of the European Parliament Elena Kountoura, who presented this report.

“We already know what kills on the road, therefore we are calling on the Commission and governments to apply specific life-saving measures to support these efforts, such as lower speed limits, especially creating a default limit of 30 km/h for cities, an accelerated modal shift to other forms of transport, and a new European Agency for Road Transport,” she continued. 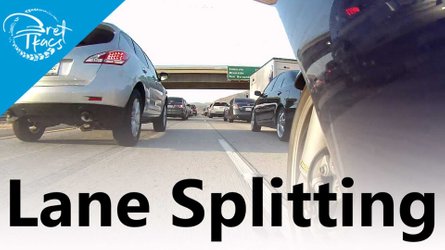 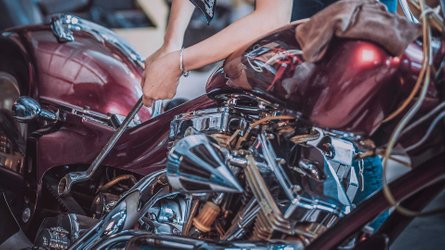 Remember the debate surrounding those periodic technical inspections that we’ve mentioned in the past? If adopted as currently written, this new MEP report would require checks for required vehicle safety features on all new motorcycles, including ABS, intelligent speed assistance systems, and eCall systems.

It’s unclear at this point what, if any, rules would apply to older motorcycles, nor what the definition of “new” would be if this wish list goes into effect. Additionally, MEPs want to see the European Commission do a formal assessment on whether all powered two-wheeled vehicle categories should have mandatory theoretical and practical tests required for licensing.

Some additional issues the Parliament raised in this report include safer road infrastructure and classification framework, adopting speed limits to better fit individual areas served. Stricter rules regarding alcohol limits, as well as enforcement, are also part of the report. Regarding the 30 km/h limit in cities, there is also the possibility of a higher speed limit set for main roads that are, by nature, busier.

Unsurprisingly, the Federation of European Motorcyclists’ Associations is not in favor of any intelligent speed assistance requirement for riders, although it does support the other measures laid out in this report. Regarding ISA requirements, FEMA General Secretary Dolf Willigers said in a statement,

“We do not support any technical features that take away the control of the motorcycle from the rider and therefore – although we understand the need to reduce speed in certain situations – we see any kind of Intelligent Speed Assistance that interferes with engine control as a danger for motorcyclists, as we have already discussed with the European Commission in 2019. The Commission agreed with us that you cannot just fit ISA on motorcycles.”

It’s worth noting here that according to the European Parliament’s own documentation, since this is a non-legislative report, it has “no legislative value.” It was drawn up by Parliament on its own initiative, seeking to raise issues that some MEPs felt should be raised, in hopes of convincing the European Commission to create legislative proposals to address pertinent issues. In other words, it’s a matter that’s still under discussion at the moment, and not yet any type of legal requirement.