Out with the bad air, in with the good air.

On July 19, 2021, Yamaha Motor Company announced its commitment to reaching total carbon neutrality across the entire life cycle of its products by 2050. That includes both emissions released as a direct result of business activities, and more crucially, emissions produced further down the line in the Yamaha value chain.

What does that mean? Taking a peek inside Yamaha’s Integrated Report 2021, we find that what Yamaha means by that second part is effectively “emissions produced by the products we’ve sold people.” In other words, combustion motorcycle, boat, and other engines—or, a big chunk of Yamaha Motor Company’s business.

That portion is currently the largest source of Yamaha-related emissions, as those along the production line are relatively small in comparison. To reach this goal, Yamaha’s current plan is to continue developing its battery-electric vehicle (BEV) strategies, including electric motorcycles and scooters, as well as e-bikes. 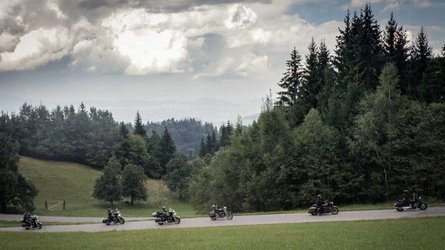 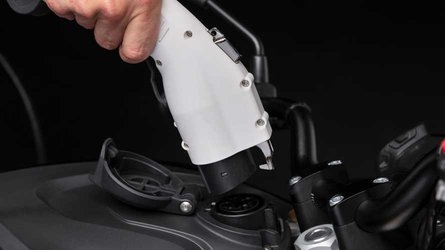 As you probably expected, Yamaha plans to utilize its Leaning Multi-Wheel technology, as found in the Niken and Tricity 300, in more vehicles. Some of those will most certainly be electric, although the company hasn’t given any specifics just yet. Additionally, Yamaha has been developing its take on e-bikes since the 1980s, and plans to expand its current line as the demand for e-bikes grows around the world.

Regarding motorcycles and scooters, Yamaha sees itself as producing around 90 percent electric motorbikes by 2050. Part of this strategy involves developing electric motorbikes, of course. A tiny sliver involves carbon-neutral fuels, to act as a sort of buffer between the combustion and electric eras. A bigger part relies on phasing out production of combustion bikes over the next 29 years.

Will motorcycles go away, in Yamaha’s view? Not hardly. In a section called “Pursuit of Sustainable Growth,” here’s what Iwata had to say:

“Motorcycles and three-wheeled vehicles make sense as mobility options for their flexibility in movement, and they also boast a substantially lower environmental impact than cars due to their compact size. I think transforming motorcycles and three-wheeled vehicles into carbon-neutral forms of mobility through electrification and other means will likely make them extremely welcome options among highly eco-conscious consumers who value logical solutions, particularly among younger generations worldwide,” it began.

“Yamaha Motor will also branch out from these vehicles to introduce completely new forms of carbon-neutral mobility in order to realize its long-term vision of ART for Human Possibilities,” it concluded. ART, in this context, stands for “Advancing Robotics, Rethinking Solution, Transforming Mobility.”

While Yamaha didn’t give hard numbers regarding its combustion/electric motorbike development plans, a graphic in the report gives some idea of what the company intends. The company sees itself slowly ramping up electric motorbike development up until about 2030, after which point a much greater percentage of its motorbikes will become electric. Around then is also when combustion bike production will begin to drop more precipitously.

Around 2035, a small sliver of bikes that utilize carbon-neutral fuels may also come into play, as the electric segment becomes predominant. Yamaha projects that approximately 2.6 percent of its bikes will be battery electric vehicles by 2030, 20 percent by 2035, and finally 90 percent by 2050.