Royal Enfield, You Should Consider Making A 650 Enduro Next 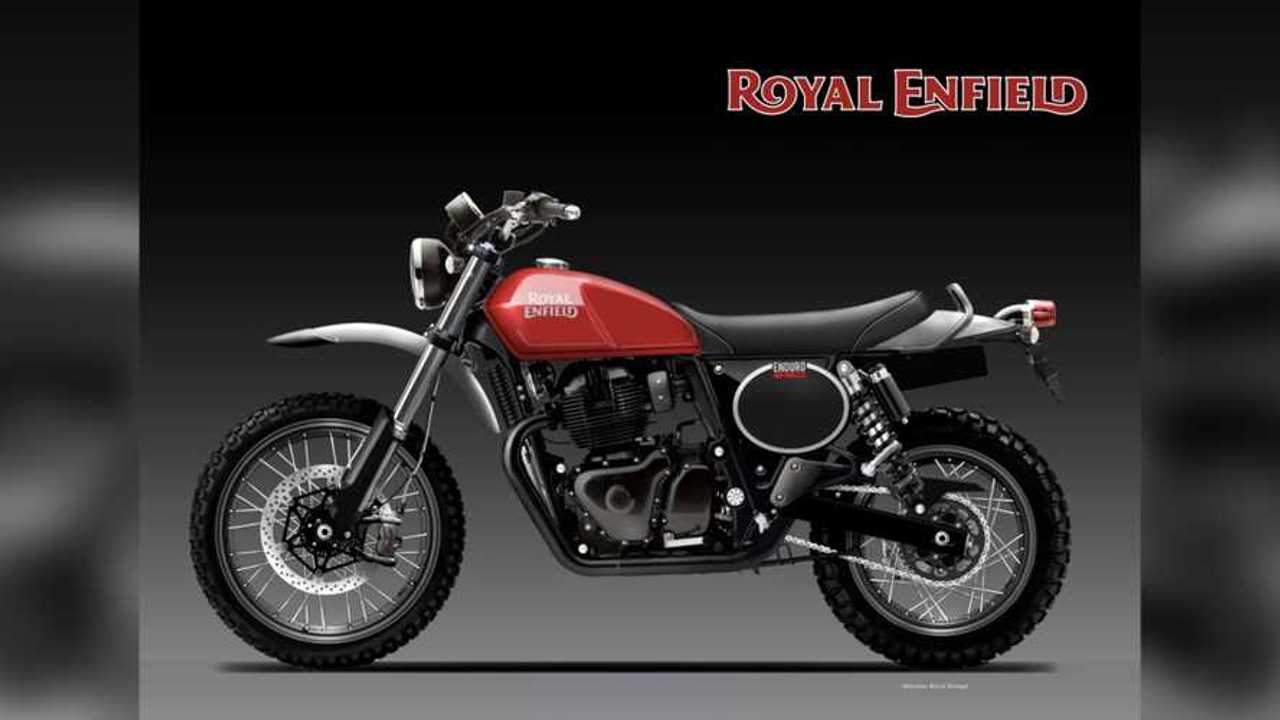 After the cruiser, and off-roader!

Royal Enfield hit a homerun when it introduced its first mid-size bikes in 2018. The Interceptor 650 and Continental GT rapidly became the brand’s best-selling products outside of India, alongside the Himalayan.

With that in mind, it’s no wonder the company is now working on a third 650-based model. After the standard Interceptor and café racer GT, the 650 twin is going to be used in a new Enfield cruiser inspired by the KX Concept presented in December, 2018. Though the cruiser has since been spotted on the road, the manufacturer has yet to confirm when it will officially debut.

Now, considering Royal Enfield has the ambitious plan to launch a new model every quarter or so, it probably needs a few ideas of future models to consider, right? What a coincidence, we have what we think is a fabulous idea to submit to Enfield’s consideration: a 650 Enduro.

We didn’t get the idea, digital artist Oberdan Bezzi did. What’s great about an artist having an idea is that it often results in a visual we get to appreciate and that’s exactly what happened with the 650 Enduro.

New To The Enfield Lineup:

Here's A Much Clearer Look At The Upcoming Royal Enfield KX650

Since the 650 parallel-twin is selling well, a bike that would allow riders to do some mild off-roading could rapidly turn into a golden goose for the maker, especially at a time when the off-road segment is thriving due to the pandemic. The bike would also add more versatility to the lineup, something only the smaller Himalayan currently offers.

Bezzi also writes on his blog that though there’s a slew of scramblers on the market, there’s a lack of proper, old-school-inspired enduro models. Combined with the fact that Enfield still designs relatively traditional bikes, that’s why a 650 Enduro would be a success, in his opinion.

This isn’t the first time we write about how Enfield should consider a proper dual-sport/enduro bike and it’s not the first time Oberdan Bezzi imagines what such a bike would look like and just like before, the result is pretty awesome-looking. So, how about it, Enfield?