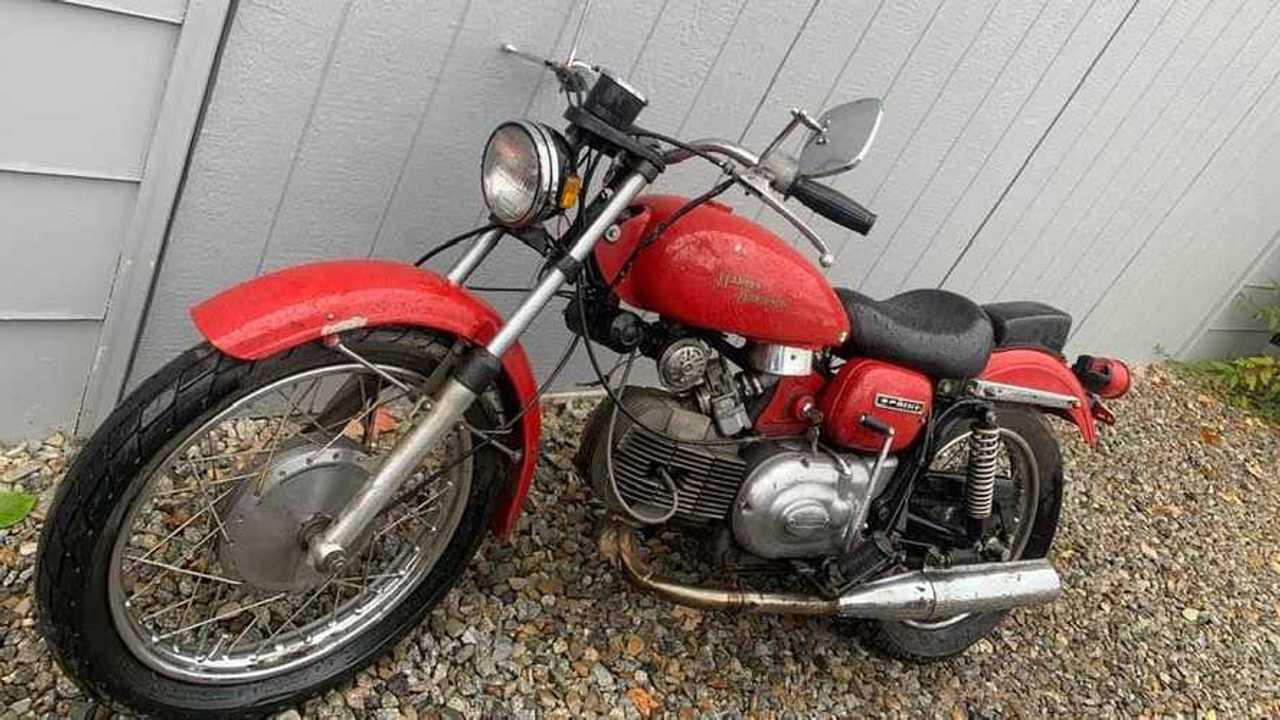 What was once lost is found again.

It must be gutting to come home and find that your treasured motorcycle is gone. It must be truly mind-blowing to find it's come back four years after it was stolen. This is what happened to Miles McCarvel.

Four years ago, while McCarvel was away from home teaching welding classes, thieves broke into his garage and stole a number of items, including his 1972 Aermacchi Harley-Davidson 350 Sprint. This was from the time Harley partnered with Aermacchi to sell dirt bikes and other small motorcycles under the Harley brand. Since then, one of his stolen guns was recovered from a local pawn shop, and another in a gang sweep in California, but there was no sign of the motorcycle.

Imagine McCarvel's surprise to come home one day and find his motorcycle leaning up against the same garage it was stolen from four years ago. It was in the same condition it was when he last saw it, with no battery, flat tires, and exactly the same mileage. McCarvel then called the police to report his bike "un-stolen." The police came to take photos and document the recovery, but were as surprised about the return as he was.

This does not seem to have turned up any new leads in the original theft. McCarvel suspects someone local had stolen it, had to look at it every day, and felt guilty, leading to its eventual return.

McCarvel had made peace with losing his stolen property. He had built the bike when he was 20, but never rode it, as shown by its unrideable condition both before and after the theft. He'd kept it for sentimental value, but never used it or needed it. Getting it back, though, seems like a second chance to finish the project and put it back on the road.

Gone But Not Forgotten:

This Guy Pulls Stolen Motorcycles Out Of Canals For Fun