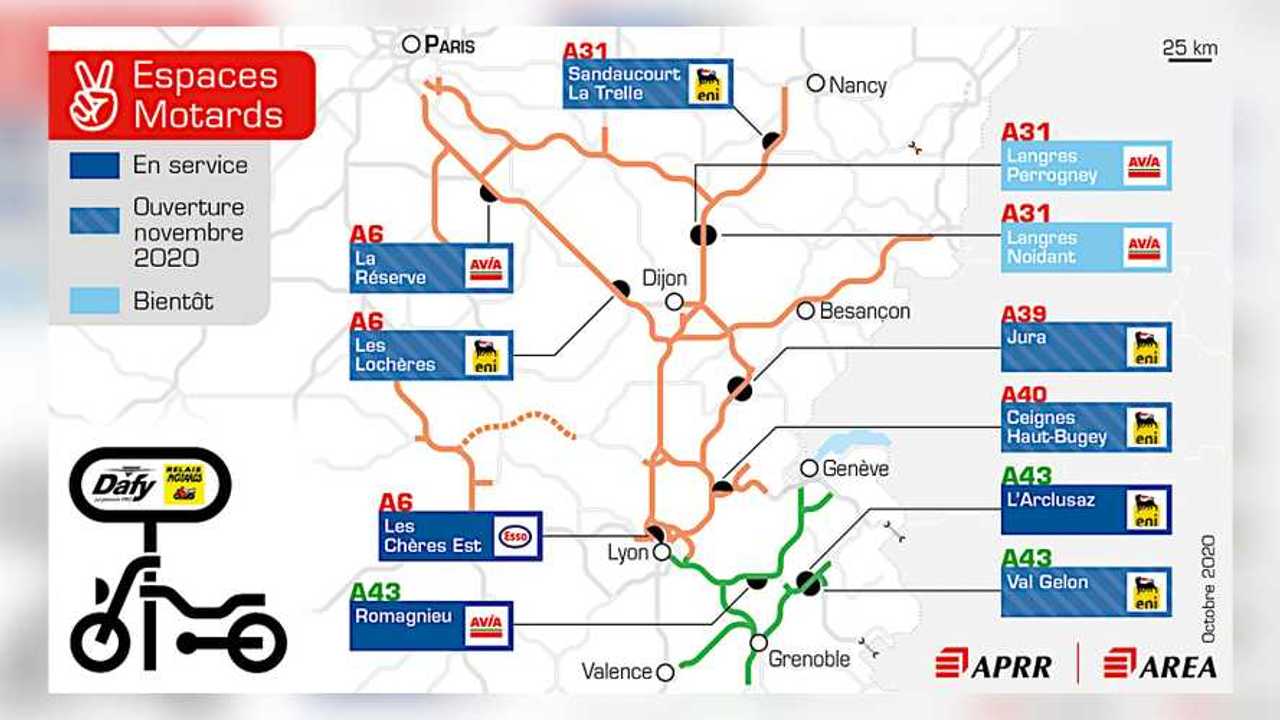 If you ride in France, you may already be familiar with the Autoroutes Paris-Rhin-Rhône, or APRR. In addition to managing the toll structures and motorways that crisscross France, APRR is also in charge of concessions and services at rest stops. Now, it’s happy to announce some new offerings geared specifically toward motorcyclists.

APRR teamed up with Dafy Moto to offer what it’s calling “motorcycle corners” at certain rest stops. Everything from routine chain maintenance to swift visor cleaning, tire plugging, bungies, and even rain suits can be found at these locations.

If you’re touring and all your luggage is crammed with stuff, chances are good you don’t have a good place to stash your helmet. APRR and Dafy thought of that, too—there are even free on-site helmet lockers at its motorcycle-friendly locations. That way, you can park your bike, stash your lid, have a bite to eat, and stretch your legs with one less thing to worry about.

According to APRR, some locations even offer free coffee, as well as a space where riders can dry their gear if it gets soaked on the ride in. It’s unclear how quickly these gear dryers will get you back on the road, but it’s a very thoughtful idea. After all, no one likes riding in gear that is soaking wet.

So far, only the Romagnieu and L’Arclusaz stops on the A43, as well as the Les Cheres Est stop on the A6, have motorcycle services available. An additional six stops with moto services will open in November, 2020, and they are as follows:

An additional two moto areas on the A31 are coming in the future: Langres Perrogney and Langres Noidant. No approximate opening dates of these two locations have been announced at the time of writing.

Michelin Wants To Throw Money At Riders To Tour France On A Motorcycle
++
Got a tip for us? Email: tips@rideapart.com