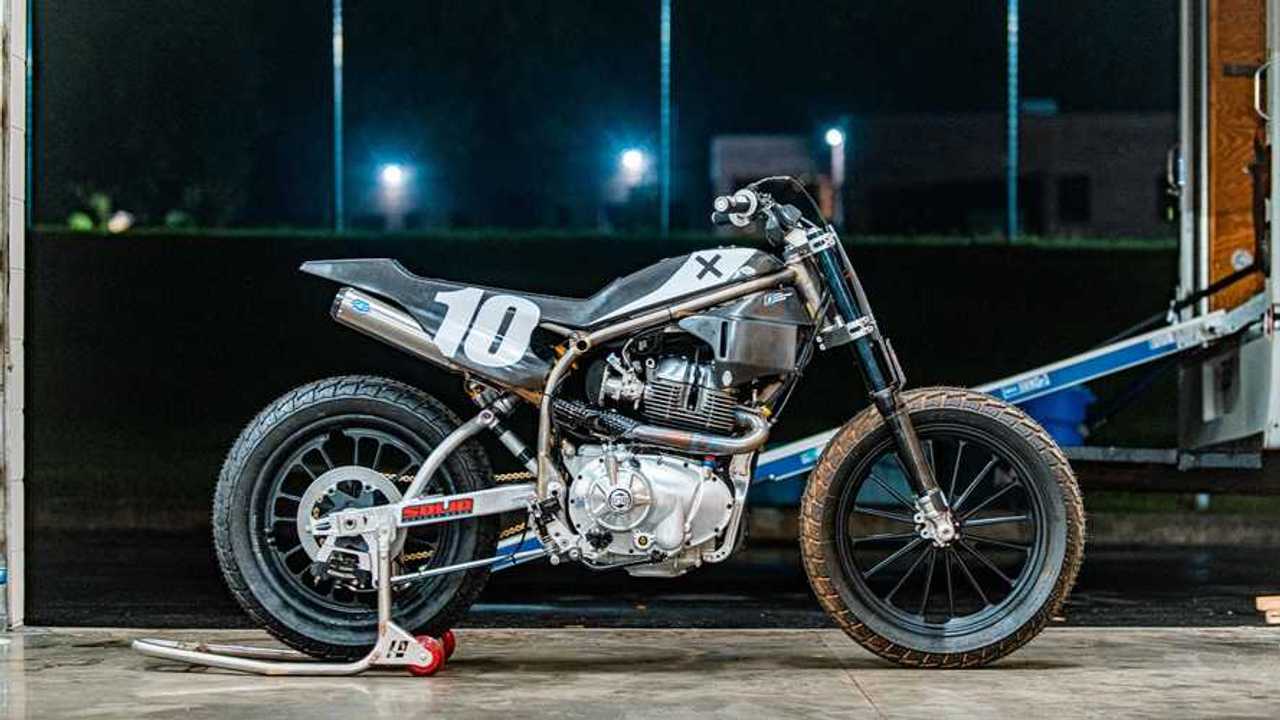 It's not winning races yet, but it's competitive!

Does absence truly make the heart grow fonder? We don’t know for sure, but 2020 is doing its best to help us all find out. On Friday September 11, 2020, American Flat Track racing resumed—and Royal Enfield took its first-ever AFT start with pro racer Johnny Lewis.

Moto Anatomy—Lewis' flat track academy and race team—teamed up with Royal Enfield to create the Royal Enfield Twins FT bike that you’re looking at right now. It, too, made its world debut at this event. In March, 2020, the AFT series announced that the season would be postponed due to the global pandemic. Not knowing what else to do, Royal Enfield Twins FT collaborators Moto Anatomy, Harris Performance, Royal Enfield, and S&S Cycle just kept working as hard as they could on getting the bike into good shape.

All that hard work appears to have paid off in race results. This isn’t some unbelievable story about a brand-new bike suddenly dominating right out of the box—but it definitely didn’t make a poor showing, either. At the September 11 AFT Production Twins races at the Williams Grove Half-Mile in Mechanicsburg, Pennsylvania, Johnny Lewis rode a bike that had only arrived in the U.S. three full days before the event—completely in pieces.

The team successfully reassembled the bike in time, but there was zero time for actual track testing. Lewis jumped on the bike for the very first time to do the official practice session on Friday, and that’s it. He went on to take third place in the semi-finals, and eventually finished sixth in the main event. Clearly, there’s room for improvement, but not bad for a brand-new race machine! The next race weekend will be September 25 and 26, 2020 at the Dallas Half-Mile in Mesquite, Texas—and Royal Enfield and Moto Anatomy are working hard to make adjustments and tweaks to improve the bike’s performance for that and future races this season.

The Trevor FTR Stella Is An All Electric Flat Tracker
++
Got a tip for us? Email: tips@rideapart.com