This Rider Found Out Why Croatian Winds Are No Joke 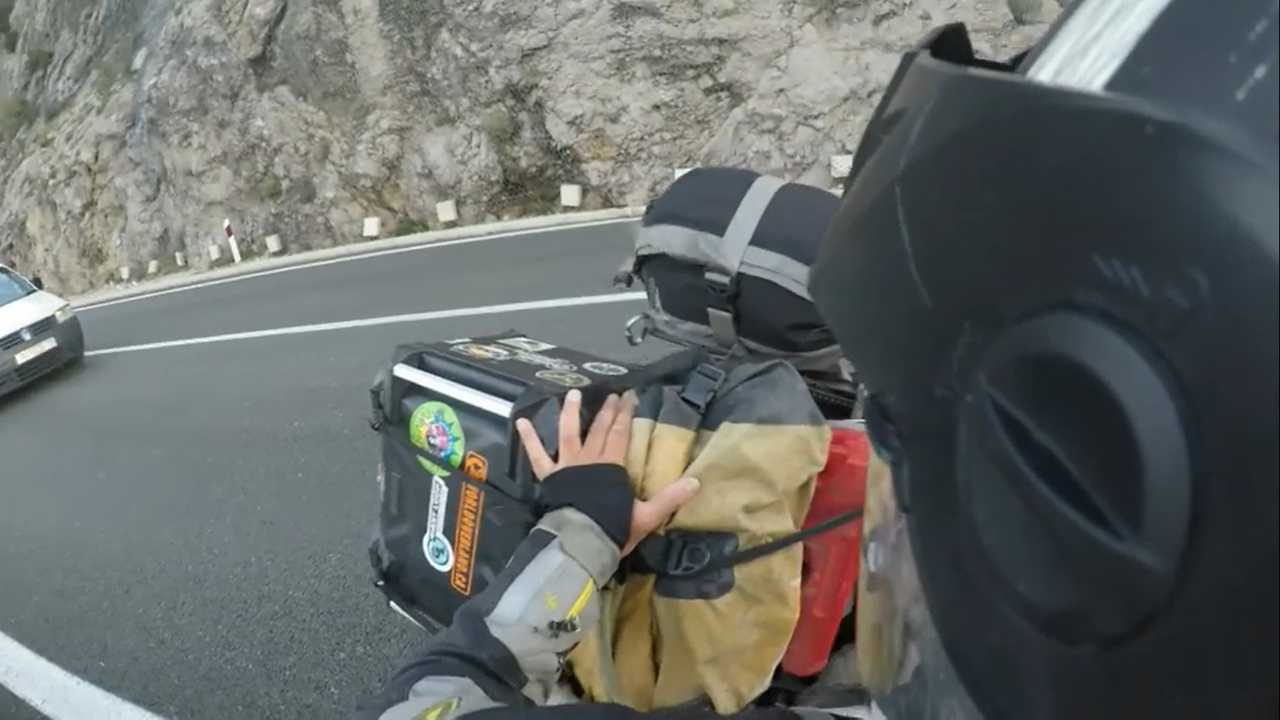 Blow the man down.

Before you ride in an area that you don’t know very well, what do you like to do? Are you a planner, sketching out every last step, building contingencies into your contingencies, and sometimes wryly laughing at yourself for overpreparing? Maybe you prefer to wing it, making decisions on the fly and gathering information as you go.

Either way, what happens when you talk to some friendly locals and they tell you the one weird thing about the area you’re currently in? This video illustrates why you may want to listen next time some person who’s lived in a place for 60 years tells you there is Weather with a capital “W”. Rider Wissam Al Jayyousi learned the hard way about how vicious certain types of bura—a specific type of Adriatic wind—can be in parts of Croatia.

Al Jayyousi is the rider behind Goodwill Journey, an ongoing project where he rides around the world raising money and awareness about Hope and Play, a UK-based charity dedicated to helping handicapped children in Palestine. Here’s how he described the experience in a Facebook post.

“I have been fighting Mother Nature for three days of rain, wind, and snow in Croatia. Today, before starting, a 60+ year old man told me wind in this area is like nowhere else in the world. I was too proud to listen and was saying to myself "he has no clue what I have been through, I rode Patagonia, Australia, the Gobi Desert, and so many places known for strong winds, what does he know?" Al Jayyousi wrote.

“Well, I was wrong, he knows his country, this is the worst I have seen. I had to turn around and run away from the cost heading inland. The wind did drop down after 50 KM going inland, but I was hit with snow. Still better than that situation.”

Some bura are gentle, and seen as cleansing, refreshing winds by locals. Others can be extremely dangerous, and can reach incredible, hurricane-strength intensity. They’re a type of katabatic wind—defined as a mass of air moving downhill. However, as Al Jayyousi and anyone who has experienced them can attest, that description hardly does the phenomenon justice.

In any case, it’s as good a reminder as any that wind can be truly terrifying on a bike—and also, you should probably listen to locals when they try to warn you.

How To: Riding A Motorcycle In Strong Winds

How To Become An All-Weather Motorcyclist
++