Now You See It: This Concept Bike Is The Ultimate City Blender 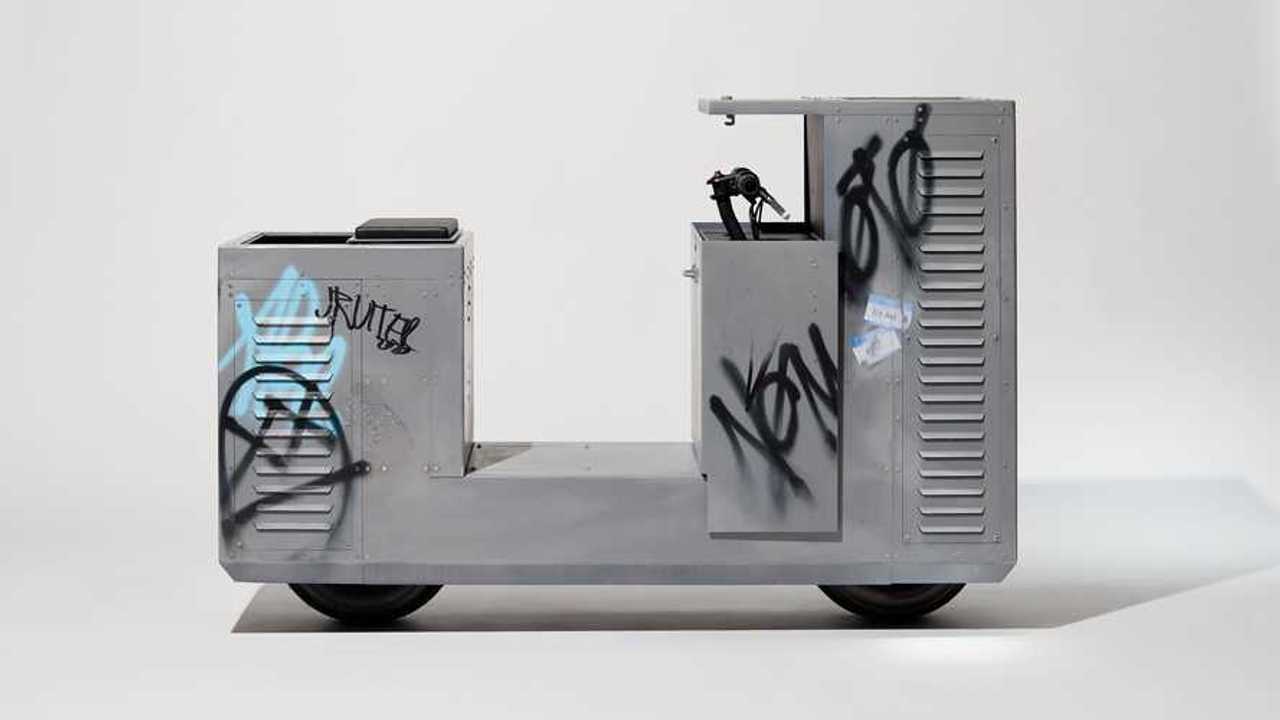 Nomoto by artist Joey Ruiter is a bike that hides in plain sight.

For those who’ve never looked for street parking in a crowded city neighborhood, it can be tough—even if you’re on two wheels. We might take up a lot less space than modern cars with many of our bike choices, but that doesn’t really help if there’s zero parking space available. Then there’s the question of whether your bike might get stolen, which comes with its own set of worries. What do you do?

If you’re designer Joey Ruiter, you create Nomoto. It’s a fully functional motorcycle that’s designed to blend perfectly into urban landscapes. Utilities workers can tell you where and why the various metal cabinets we see every day are placed as they are, but those of us who don’t have that knowledge usually just look right past them. They successfully fade into the background, whether they’re marked up and stickered or not—unless it’s particularly eye-catching graffiti art.

Ruiter wanted to play with the idea of ‘pure transportation,’ and a motorcycle concept that’s meant to blend perfectly into its environment rather than standing out in any way. Lots of places don’t want you parking motorbikes on sidewalks, but if no one realizes a bike is even there, is it still a problem? Ruiter’s entire studio, called J.RUITER, is about “trying to push design to the point of not being there.”

At first, all you see is another boxy metal structure, tagged with paint, markers, and covered in stickers. It’s that same utility gray you’ve already spent a lifetime knowing and ignoring, with plenty of unobtrusive vents to cool whatever equipment it encloses. A simple button press causes a seat, wheels, and handlebars to come out of hiding—and then you can ride away on your rolling urban sculpture, wherever the city takes you. A bright LED headlight strip illuminates your way if you’re doing any night riding.

Different riders have different tastes, and this design ostensibly solves at least two problems some riders might have. If anything, it might blend so well that it’s easy to lose, and you have to look twice or more because you can’t remember where you parked. It’s obviously more of a pure commuter bike than a canyon carver. Would you want to ride Nomoto?

All images used with permission of Joey Ruiter.

Start-Up Creates Concept E-Bike Modeled After A Café Racer
++
Got a tip for us? Email: tips@rideapart.com