Flashy paint, and some other small tweaks.

Aprilia just introduced new special-edition versions of the RSV4RR RR superbike and Tuono supernaked—and for now, these bikes are only available to U.S. customers. The new Misano edition motorcycles have special commemorative livery, but they also have a couple of small tweaks that should improve performance ever so slightly.

Both Misano edition machines have a paint scheme that honors Aprilia’s first Grand Prix roadracing win, with rider Loris Reggiani at San Marina in 1987. The RSV4 RR makes 201 horsepower from its liquid-cooled 999cc V4 powerplant, and the Tuono’s 1077cc V4 motor puts out 175 horsepower. Both machines have Aprilia’s top-shelf safety electronics package, as well as performance chassis and suspension. In the Misano special-edition machines, the engines don’t get any tune-up, but both motorcycles see a reduction in weight. 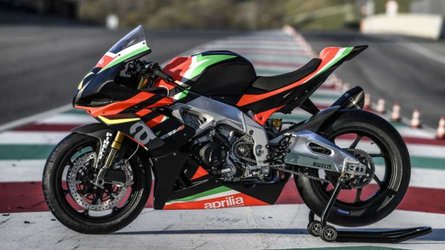 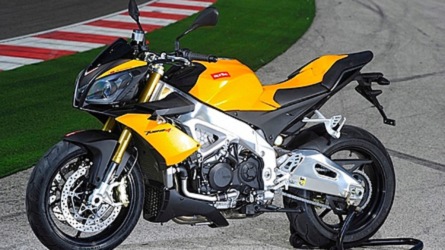 Aprilia unveiled both bikes at Buttonwillow Raceway, before starting its first Aprilia Racers Day for 2020. This invite-only track day series is traveling around the country, as long as the coronavirus pandemic doesn’t interfere, and you should be able to see the new Misano edition bikes at each event. Talk to your local Aprilia dealer, if you need more details.

Aprilia says it will only sell 100 of these motorcycles, with each machine individually numbered. The RSV4 RR will have its series number laser-etched on the top triple clamp, and the Tuono will have its unique number on top of the fuel tank cover. For 2020, The Misano edition Aprilia RSV4 RR has a $17,999 MSRP, and the Tuono has a $15,999 MSRP for the Misano edition. Originally, they were supposed to be available in dealers in May, but COVID-19 put that all out of whack. Now, the bikes will be available at dealers the first week of July, 2020.