This Ducati ST4S Has Been Transformed Into An Aggressive Cafe Racer 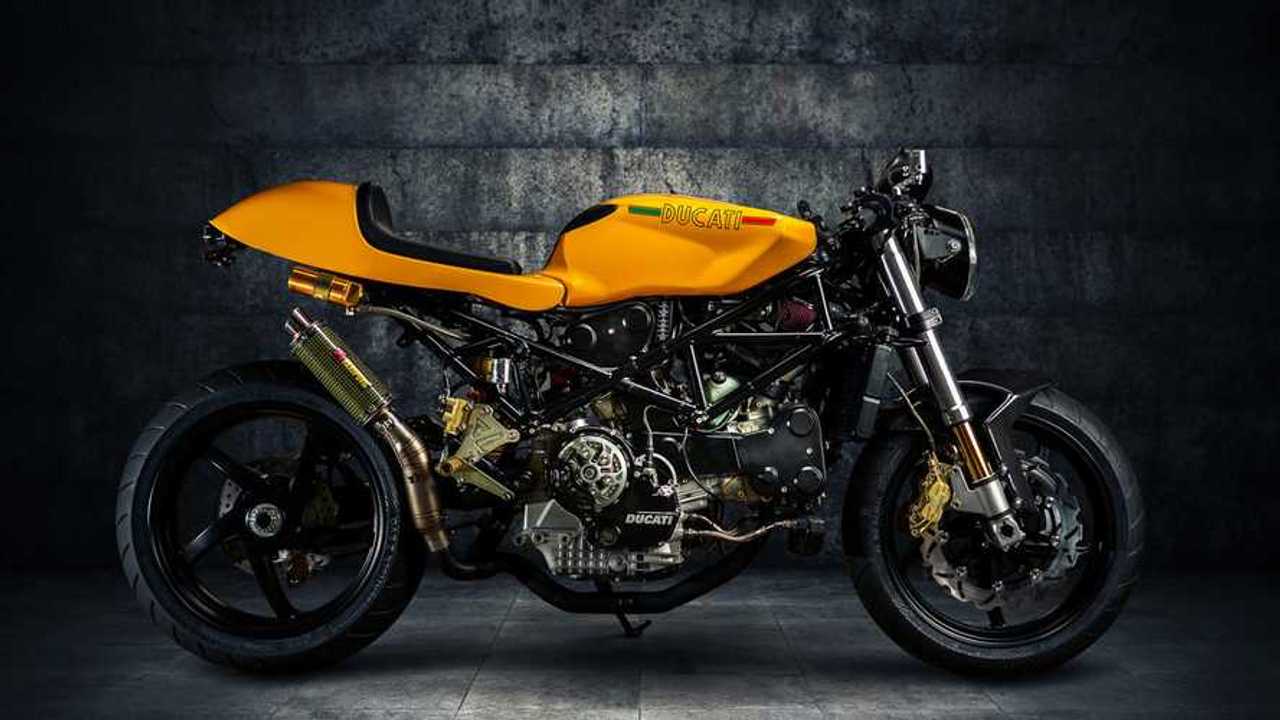 The bike has lost some serious weight, and has come from a sport tourer into an aggressive racer.

South African ex-pat Johann Keyser immigrated to the U.S. some twelve years ago. Having had a long time passion in the world of motorcycles, he’s been involved in motorsport as a professional trials rider and eventually put up a shop specializing in custom motorcycles called Moto Motivo. Unlike many other custom shops that focus on looks alone, Johann applies his background in motorsport into his creations with one special thing in particular: weight reduction.

His latest creation brings this ethos to life perfectly. Dubbed ‘Calabrone,’ a once heavyset Ducati ST4S Sport Tourer has become a lightweight and agile cafe racer. As expected, the build started with Johann stripping away all the bodywork of the Ducati. He subsequently proceeded to revise the geometry of the trellis frame, as well as remodeling some components in order to fit some aftermarket parts. Notably, he had to redesign the subframe in order to fit the custom cafe racer-style seat cowl. The ST4’s fuel tank was done away with in favor of a Ducati 999 unit which definitely contributes greatly to the bike’s sporty aesthetic.

A set of gauges from a Ducati Monster SR4S has also been retrofitted onto the front end of the bike and sit firmly between the aggressive clip-on bars mounted onto the forks. The cockpit setup of the bike not only gave it an aggressive appearance, but also greatly altered the bike’s rider triangle into that of a more sporty machine. To top off the bike’s aesthetic, a V-rod aftermarket headlight was fitted, as well as a retro-style LED brake light outback.

Performance wise, Johann left the factory Öhlins suspension greatly untouched. Instead, he revamped the wheels by transplanting both front and rear wheels from a Ducati Monster S4RS. The Monster’s single-sided swingarm was also fitted onto the frame. As far as the engine is concerned, Johann fitted a set of K&N air filters, a custom ceramic coated exhaust system, and a stunning Akrapovič carbon fiber muffler.

Overall, what makes the bike really stand out is how seamlessly it’s been put together. Because of Johann’s impeccable talent, and his painstakingly meticulous choice of parts, the bike looks like something that came from Ducati’s factory. With nearly all custom parts coming from one Ducati or another, the Calabrone is still a true blooded Ducati, with a touch of bespoke style truly making it one of a kind.