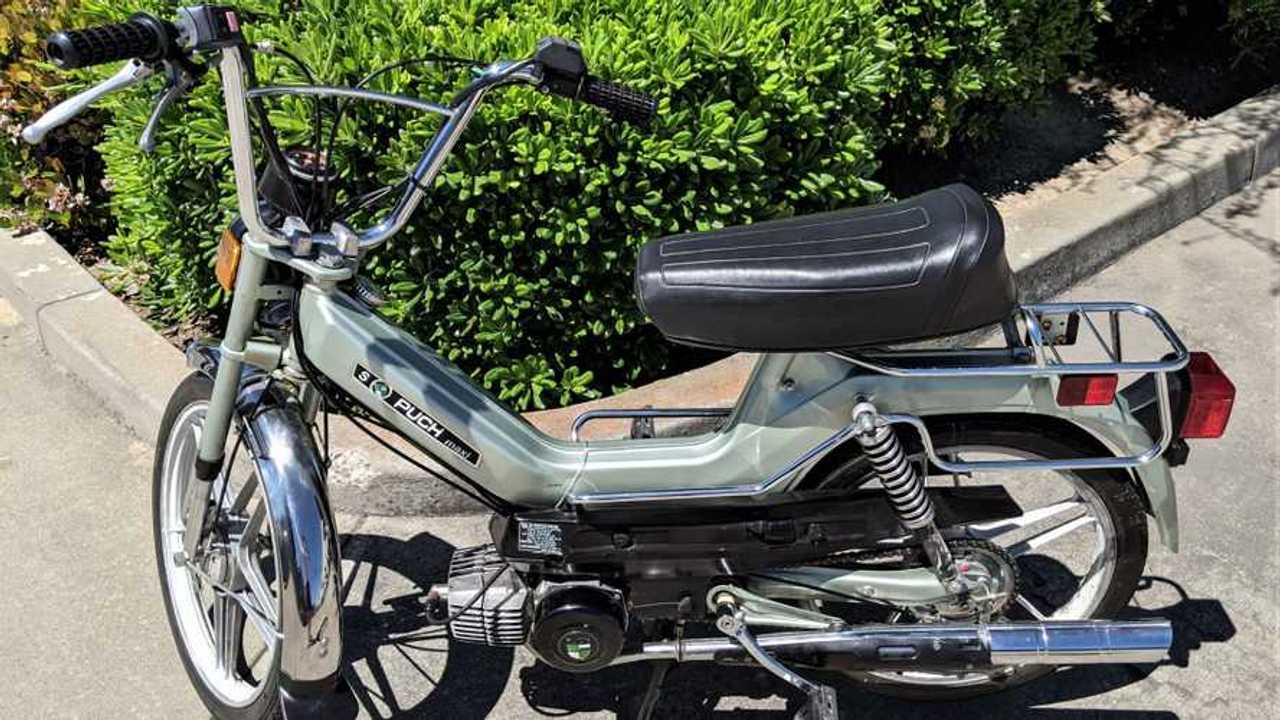 Do you have a hole in your life, a hole that can only be filled with a retro moped? This 1980 Puch Sport Maxi II, for sale on BringATrailer, could be the answer to your soul-searching, if you want to ride with the flair of a Euro teenager from the ‘80s.

Despite the “Sport” moniker, this was a very basic and sensible machine. This Puch is powered by an air-cooled, 49 cc two-stroke with a two-speed auto transmission. Claimed output is two horsepower. Hardly the stuff of dreams for your average hairy-chested North American customer. In Europe, however, where they sensibly allow much younger kids to ride on scooters, two-wheelers like this used to be everywhere. For decades, a European kid’s first motorized transportation wasn’t their parent’s old K-car, it was a two-smoker like this one.

Buy These Vintage Bikes, So We Don't Have To:

These days, two-strokes are largely a thing of the past. First, emissions regulations meant four-stroke scooters took over (much less power, but not as smelly). Now, electric scooters seem to be the way forward, although the OEMs are certainly dragging their feet on this.

Because of those regulations, two-stroke mopeds like this will probably become somewhat collectible in the future. They were disposable when built, and most of them lived hard lives hammering up and down cobblestone streets and hauling loads of high-schoolers off to makeout locations. Exaggeration? Maybe, maybe not. Either way, this Puch is hardly a common sight in North America to start with, and it’s not like they’re making them anymore.

This particular example is located in California, and is being sold with no reserve (bidding’s pretty low right now, too). It’s clean, and the odometer reading is a super-low 900 miles, including 100 miles or so added by the current owner. The ad says “True mileage is unknown,” but it does appear this machine hasn’t been thrashed as soundly as many of these older step-throughs were.

As far as technical details, this Puch has alloy wheels and drum brakes, a telescopic front fork and twin coil-over shocks in back. To start the bike, you use the pedals. Basic stuff indeed, but a very affordable retro machine, if that’s what you’re looking for.