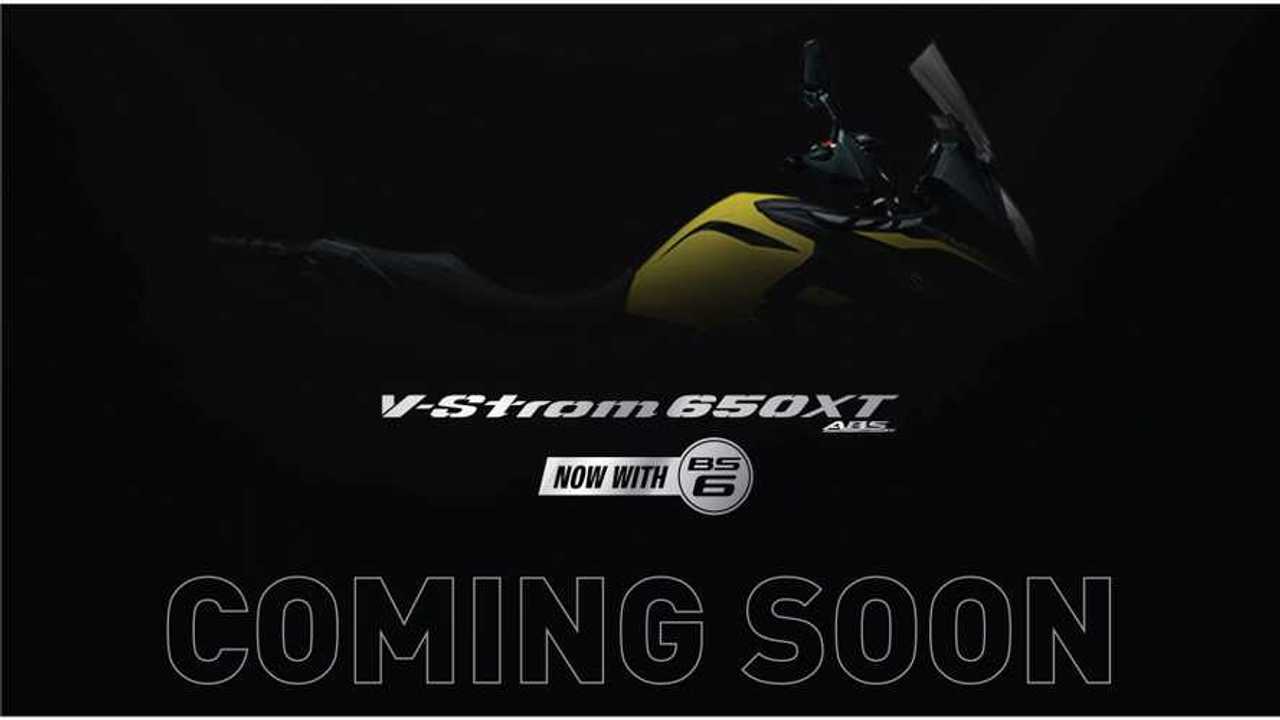 Suzuki is teasing a BS6-compliant V-Strom 650 XT for the Indian market, and that’s good news for ADV riders everywhere. It means Suzuki’s reasonably-priced middleweight should be around for the foreseeable future.

India’s updated BS6 emissions regulations came into effect at the start of April, and that means changes for many manufacturers. Previously, European and North American emissions regs were the main concern for manufacturers—that's where they sold big bikes. Now, the buying power of the Indian motorcycle market means Japanese, Euro, and American manufacturers are calculating those sales into model development.

Talk of a BS6-compliant V-Strom 650 XT started at Auto Expo held in Delhi in February, 2020.this February’s Auto Expo show, held in Delhi. Rushlane says the updated V-Strom was on display at the show, signaling Suzuki’s intentions to continue bringing the bike into India despite the changing emissions regulations.

Since, then, Suzuki’s removed some of its larger-capacity models off its Indian website, reports BikeWale. But, it’s teasing the V-Strom 650 front and center, telling us it’s “Coming Soon.”

It’s a smart move for Suzuki, as the Wee Strom would be considered a premium motorcycle in the Indian market, where sub-250cc machines reign supreme. However, Suzuki can keep the V-Strom's cost down, making it more competitive. The 650 V-Strom has been in production since 2004. While the design has seen updates and overhauls, Suzuki’s making safe money here. The basic design work was done literally decades ago. The 650 engine is actually based on the SV650, which broke cover in the 1990s.

So, it’s good news for Indian riders. It’s also good news for riders around the rest of the world. If Suzuki builds a BS6-compliant machine for India, chances are the Wee-Strom will be retuned for other markets, despite changing emissions regulations. Although the V-Strom 1050 got all the headlines in 2019, Suzuki’s not done with the 650 yet.