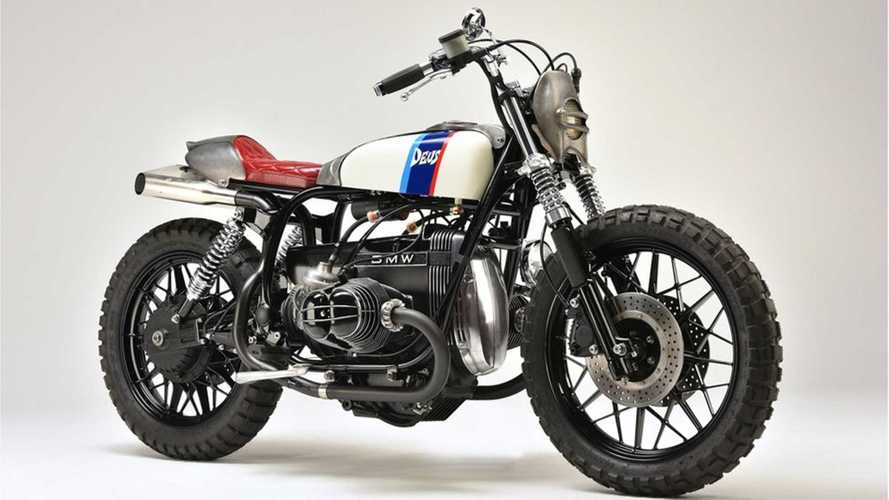 Not one, but two!

Custom motorcycle shop Deus Ex Machina burst on the scene in 2006. With a discerning style and classic sensibilities, the brand quickly expanded with cafes & garages around the world. With shops in Sydney, Bali, Los Angeles, Milan, Cape Town, Ibiza, Amsterdam, and Zurich, the company morphed into an international force over the past decade.

Unfortunately, Deus Ex Machina’s Japan location is closing its doors for good. Aptly named the Residence of Impermanence, the Harajuku-based chapter has flown the Deus flag since 2014, and the builders aren’t going quietly into the night. Instead, they’re pulling out all the stops and commemorating the Tokyo shop with an ambitious final build—the TWO FACE.

The Deus Ex Machina builder started with a 1982 BMW R100 RS that was tucked in a corner of the shop for years. At just under 2,500 miles on the odometer, the vintage airhead was still in great shape. The mechanic revived the 980cc boxer with a helping of modern oil and elbow grease.

When it came down to the custom build’s aesthetics, the builder couldn’t make up his mind. After waffling between two disparate designs, he decided to go with both by creating a modular moto. Leveraging the classic BMW gas tank and customizing a streamlined teardrop counterpart, the builder imbued the R100 RS with two different “faces”. While one tank features satin black paint, gold pinstriping, and a Deus-branded roundel, the other bares the M series racing stripes over a clean white base.

Each distinct gas tank also pairs with a custom tail section, headlight cowl, and exhaust to fully capture the intended style. The result is an easily-customizable two-in-one bike that allows the owner to express themselves with the help of a few common tools.

“All you need is a screwdriver and wrench, and you can enjoy setting it up yourself depending on your mood that day, be it sporty or modern,” said the Deus builder. “It’s easy, like choosing an outfit.”

The approach isn’t common in the motorcycling world, but the simplicity of the old Beemer makes the system possible. Whether you’re feeling more Jekyll or more Hyde, the TWO FACE allows riders to embrace whatever side they want to show that day. Though the Residence of Impermanence turned out its lights for good, its final build will live on—twice over.