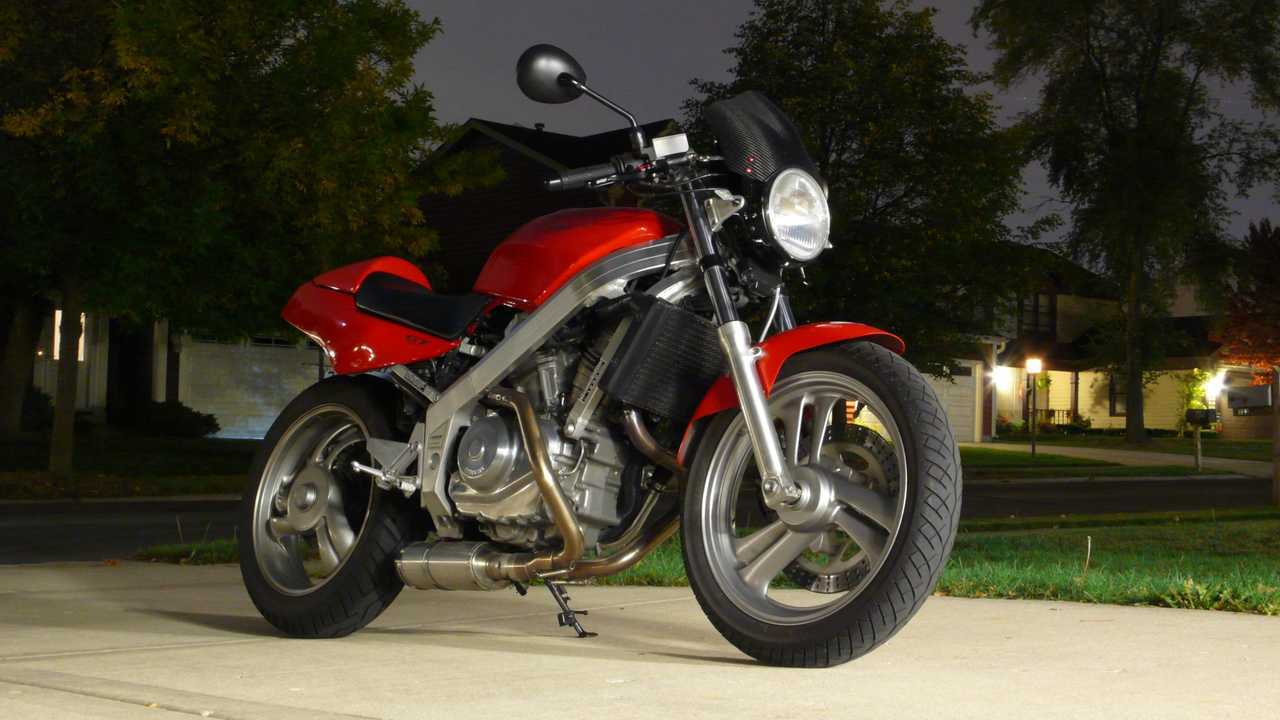 This is my baby, a 1990 Honda Hawk GT 650. I am not its original owner, because I would have been way too young to ride it when it was new. Nevertheless, it’s mine now, and my current plan is to keep it forever and ever. Nothing is too good for this bike, do you hear me? Nothing.

I’d known for some time that I wanted a Hawk. I wasn’t totally sold on the red, mainly because Candy Flair Blue and Tempest Gray Metallic both seemed nicer to look at and less obviously prone to sun fading. The majority of red Hawks I’d seen at that point had faded to a not-very-pleasing orange.

Bikes RideApart Wants To Make Theirs:

In fact, when I went to see what would become my Hawk a short time later, it wasn’t even the Hawk I had originally phoned the Craigslist seller about. As I learned later, the Tempest Gray one I’d phoned about belonged to the seller’s wife. They were selling both of their Hawks, but all it took to sell me on this one was hearing the seller start it up. It has M4 headers and an underslung Viper exhaust canister, and the sound is just gorgeous. Who was about 90 percent sold on this bike by its sound alone? Guess.

It ran like a champ, not a stumble or a rough idle or anything other than a perfect purr within earshot. I wasn’t totally sold on the clip-ons at first, but later grew to love them. I briefly tried Convertibars (spoiler: thanks, I hate them on this bike), but quickly went back to the clip-ons. After adding some MX gel grips to cut down on the vibiness up through my hands and arms, they suit me and my riding style just fine.

This Hawk was in extremely good, sorted condition when I got it, and I’m very grateful to the previous owners for the good care they took of it while it was in their custody. Since it came home with me, I’ve done a few minor things like switching to Triumph teardrop mirrors, R6 aluminum pegs, tasteful LED turn indicators, braided stainless steel brake line and Vesrah brake pads, complete switch to Engine Ice coolant, fork rebuild, and of course all the expected general maintenance along the way.

If you could measure bike happiness in smiles, this bike would be at the top of the list. It still makes me grin like a maniac inside my helmet every single time I ride it, and I can’t wait until I can go eat up the miles on some quality roads with it again. Hopefully soon!