This Is Soothing Motorcycle Build Time-Lapse Video We Need

Fabricate all the things, only tiny.

We’ve marveled at people 3D-printing entire working motorcycles in the past, but what can you do if all you have is a 3D pen? As it turns out, you can do a lot if you’re as talented as Hoo, who runs the YouTube channel Hoo’s Mini World. This guy creates all kinds of amazing, intricately detailed miniatures using his 3D pen and assorted tools, and his artistry is absolutely amazing. Just take 35 minutes and watch him craft a motorcycle in this time-lapse video.

The complete project took around three months to complete, but the insane level of detail you’ll see is honestly quite soothing and mesmerizing to watch. There were a few times I gasped aloud as I tried to anticipate what he’d do next. I even clapped when I realized he was carefully wiring up the headlight so that it’s powered by a little button-cell battery and actually lights up.

All About That 3D Life: 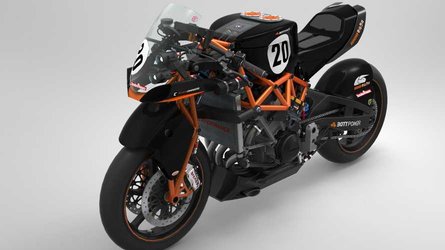 Would You Ride A 3D Printed Bike With A Fireblade Engine? 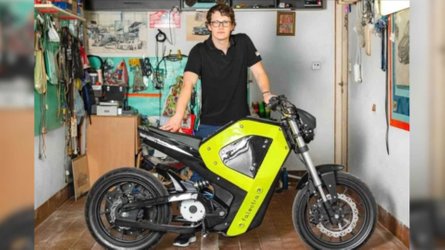 It’s the little things, like the ingenious way he crafted the tires and wheels, getting that tire tread in place and individually installing each tiny spoke. If you’re looking for something cool and bike-related to do with a kid who might appreciate it, something along these lines would be an absolute blast.

Obviously, your mileage will vary, but as a person who was obsessed with both miniatures and making-of videos from an early age, this entire experience totally hit a sweet spot for me, and I hope it does for you as well. I also appreciate that this video is just filled with the ambient noise of creation, instead of some totally inappropriate background music bed ruining the whole thing. Process videos are their own special kind of meditation, and that lack of distracting music just made the viewing experience that much more magical.

3D pens are a whole lot easier for a random person to get their hands on than a 3D printer, for a number of reasons. Who knows what you’ll create if you decide to try? It might even prove to be a working template to help you get a real bike project out of your head and into reality, and not just a cool model you can display when you’re done.