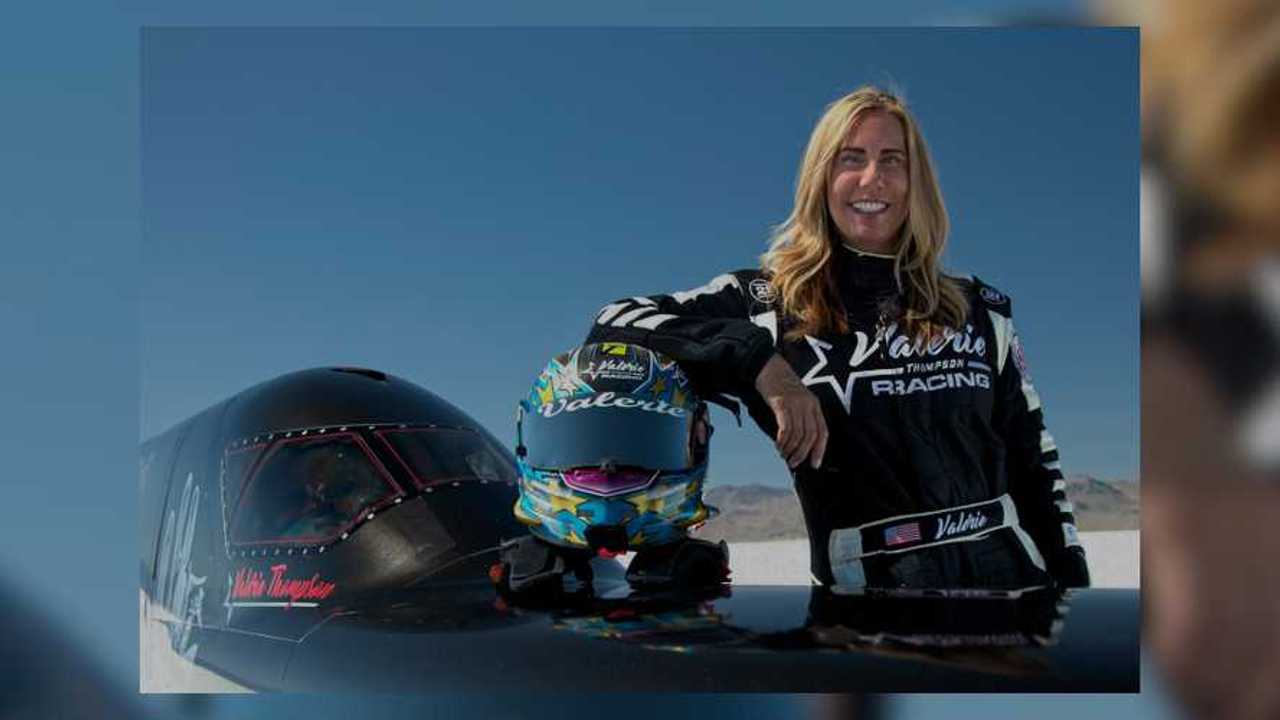 No matter how fast you are, you can always go faster.

Speed queen Valerie Thompson is back at it again! That’s what makes her who she is, though—she just doesn’t know how to quit, so she simply keeps powering to newer, loftier heights. For 2020’s 30th annual Speed Week competition at beautiful Lake Gairdner, Australia, Thompson will be taking the Target 550 Streamliner out to break some new records.

As Kate mentioned, Thompson’s vehicle for the two speed records she’s targeting is a four-wheeler because it needs to be in order to effectively handle its power and speed. Making a supercharged Dodge V8 Hemi sandwich that puts out an astonishing 5,000 horsepower simply wouldn’t work out well for this attempt on just two wheels.

“This will be my first full-on assault on the 415 mph record driving the Target 550 Streamliner. I’ve had three successful tests with a 290+ mph run on less than optimal salt conditions,” Thompson said about the upcoming events.

Speed Week takes place from March 23 through 27, 2020, and right afterward, the second annual World Speed Trials follows hot on its heels, from March 28 through 30. If all goes as planned, Thompson will be taking on both events.

When you set out to break records, things don’t always go how you’d like or expect—a fact Thompson is all too familiar with. In 2018, she had a bad crash at an eye-watering 343 miles per hour at this exact same Australian salt bed. Thankfully, she walked away virtually unscathed after the tail-end of her BUB 7 streamliner lifted, which caused Thompson to deploy her chutes early to stabilize the vehicle. It mitigated both her top speed—and the crash itself.

Thompson is gunning to exceed the current 415.867mph speed record, as well as a few others over the course of these two back-to-back 2020 events. If she does so, she’ll become the first woman to hit a speed of over 400mph in (or on) any vehicle with a piston-powered engine.