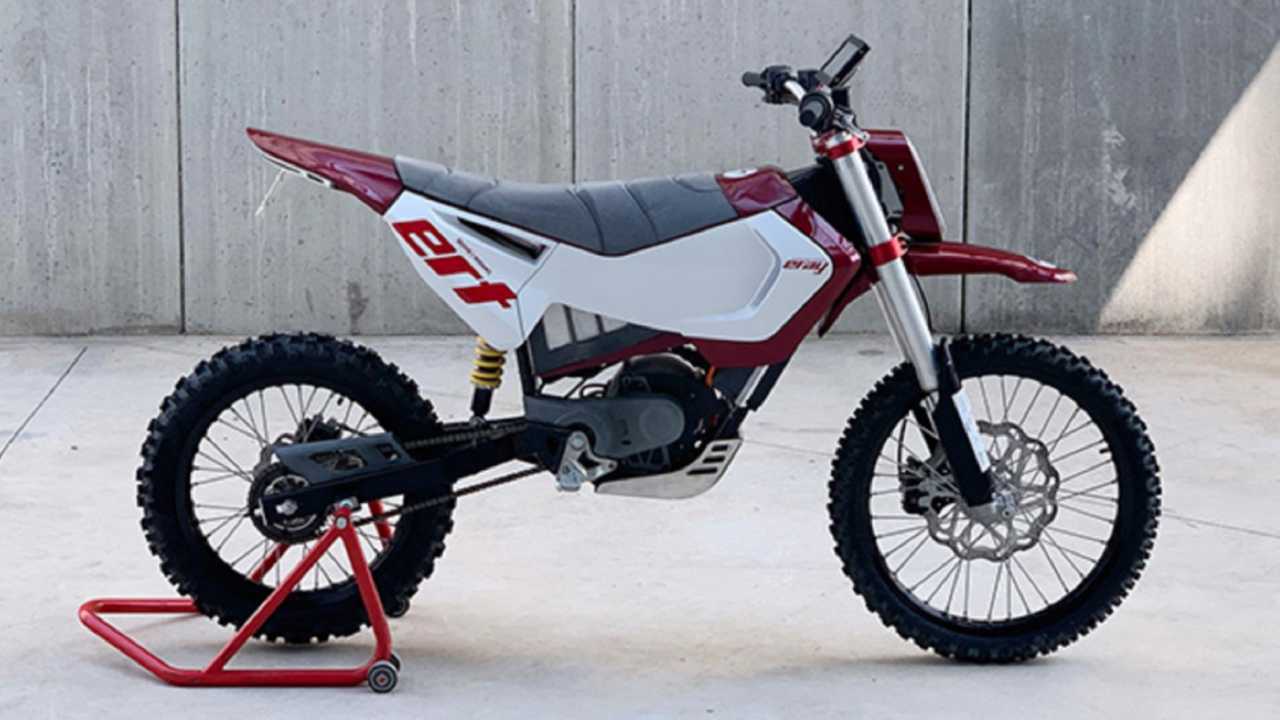 Twelve engineering and design students from Elivasa University in Spain have built an award winning electric motorcycle with an enduro bike focus that has us in awe. The fully functional prototype took the team less than nine months to complete and the result is spectacular.

The Elisava Racing Team is made up of students from the Elisava School of Design and Engineering. The fourth year students took the bike, which they have named the Eray, through four distinct phases of development—inspiration, ideation, implementation, and communication—using techniques and concepts taught through the school. It finished the Barcelona Smart Moto Challenge 2019 (BSMC) second outright after claiming Best Battery Pack, and Best Smart Solution.

The Eray is visually spectacular. An off-the-shelf Ashwood IMP electric motor is powered by the team’s custom 2.8-kWh battery pack giving the bike a decent 13 horsepower, and gobs of instant torque. Range is short at just 18.6 miles (50 km), but the battery can be swapped out in less than two minutes.

That key consideration drove the design of the chassis and helped win over BSMC judges. Swappable batteries are a more realistic solution for motorcycle range than they are for cars, because the batteries are smaller, lighter, and can be changed more easily than their larger cousins.

The custom frame houses the batteries fairly high, but students used innovative techniques to ensure the Eray will handle right. Olle Moto R16V forks are mounted up front, and the suspension company provided a custom rear shock to handle traction out back. Once the frame had been mocked up, students used motion capture technology to map out rider positions during hard enduro riding and used that data to map out the location of the pegs, handlebars, seat, and bodywork.

One graphic design student was on the team of 12 engineers, and their contribution is what drew our attention to the Eray. This bike looks trick, courtesy of custom triple clamps, a sexy oval headlight, and that futuristic seven-inch touchscreen on the dash. The GPS-enabled dash includes an app that monitors traffic conditions, the route gradient, and the battery life to give an accurate readout of remaining range. There are multiple programmable ride modes, and even blind-spot detection.

This is Elivasa University’s first time entering the BSMC. The competition has been held since 2013 and aims to inspire innovation in motorcycling. Consideration is given to the potential commercialization of the projects entered. The future of motorcycles is almost assuredly electric, and it’s projects like this that will help keep riders engaged. Sexy, intriguing bikes with clever features are the key to making sure the love of motorcycling doesn’t die with the internal combustion engine - no matter how far off that eventuality is.