Wayne Rainey sees a bright future ahead for American racers who go abroad and show what they're made of.

Three-time 500cc world champion Wayne Rainey is, without a doubt, a legend who looms large in the global motorcycle racing world. As the man primarily responsible for engineering MotoAmerica’s five-year rise from the ashes of the AMA Superbike series, when he talks, racers and fans listen. This new interview that Racer conducted with Rainey is so good, people. 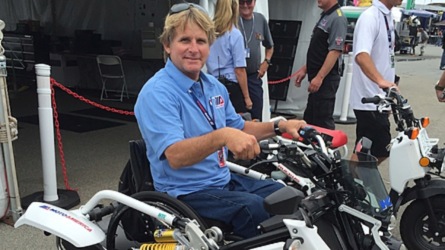 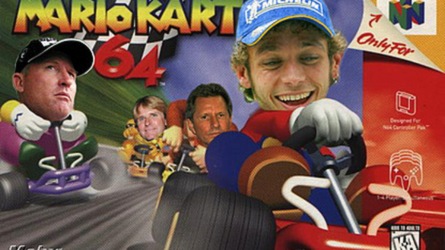 In it, Rainey details how, over the course of just five years, he helped to build up a race calendar that now features five classes of racing and 10 events around the US. It’s definitely true that Laguna Seca might be considered the jewel in the MotoAmerica crown, but it’s not just because of the track’s long history and legendary status among race fans.

No, that’s also the weekend that World Superbike comes to town—and the single race weekend that international series touches down on US shores at all. Not at COTA—at Laguna Seca, sharing a race weekend and crowd of eager spectators with MotoAmerica. MotoGP is great and all, but where are the American—and Canadian—racers?

Rainey has plenty of thoughts on that subject. He told Racer, “First of all, I think it has to come from the rider himself. There have been 10 years since we’ve had a strong and competitive American since Nicky [Hayden].”

Then, mincing no words, he got to the meat of his argument.

“In my opinion, our guys need to be more proactive in reaching out to the teams over there. They have to go talk to them when they come to COTA to race MotoGP, or when they come to American World Superbike. Go introduce yourself. You have to try and push to get rides in the Suzuka 8 Hours. You have to go race the international races, and when you do get that chance, whether it is the 8 Hours or it’s a wildcard in World Superbike, you can’t run around in 10th place,” he continued. “Because of what we have done in the past, you are expected to be in the top six or seven in international races and that is very possible.”

I’m just a race fan, and am not involved in the business side of it at all—but what he says makes an awful lot of sense. Still, it doesn’t explain why a competitive racer like PJ Jacobsen—who finished a very impressive second at the Suzuka 8 Hours in 2018—is stuck sitting home for the 2019 Suzuka 8 Hours weekend. No, Jacobsen didn’t have the best WSBK season in 2018—but doesn’t that podium at Suzuka in 2018 count for something? Before him, the last American racer to take a win at the Suzuka 8 Hour was Colin Edwards in 2001 and 2002. That’s practically forever in racing years.

At any rate, as for other American racers making the leap to the international stage, Rainey unsurprisingly mentioned Cameron Beaubier as a distinct World Superbike possibility. He also talked about possible bright futures for some of the younger riders who are just coming up, now that the rungs on the American racing ladder are becoming a little more stable. If you’re a fan of road racing in the US and want some of Rainey’s insights, you owe it to yourself to read this interview.