Because engines riding up into the Himalayas need to breathe.

Ever since their introduction, both the Royal Enfield Interceptor 650 and Continental GT 650 have been considered all that and a bag of Magic Masala chips in their home market. They’ve been pretty handily dominating the middleweight market in India and driving sales of their rivals—including those of Harley-Davidson—steadily downward. The Interceptor 650 even won the title of 2019 Indian Motorcycle of the Year.

All About The Twins: 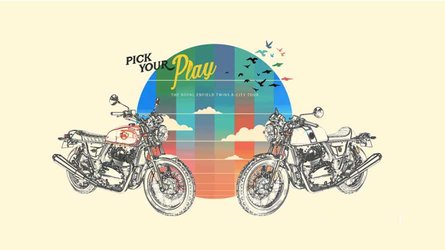 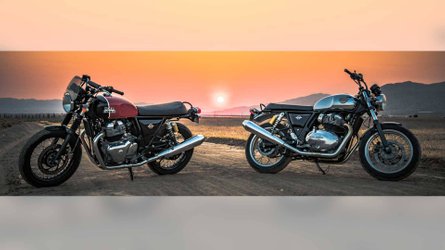 India is a country that isn’t just vast in land mass, or variety of languages spoken, or sheer amount of people—it’s also a land with some serious altitude changes. That’s why when popular Indian YouTube vlogger BuluBiker noted that his Interceptor 650 seemed to have oxygen starvation issues on his way up to Gurudongmar—which has an elevation of 17,000 feet—both other riders and Royal Enfield took notice.

Although the video is narrated mostly in Hindi with occasional English, it becomes universally painful and relatable for anyone who rides around the 24-minute mark—despite any language barriers. As you watch and listen to Bulu Biker try repeatedly to get the recalcitrant engine to turn over, the growing frustration level is palpable.

Vlogger Bulu Patnaik is based in Bangalore, and has over 26,000 followers on Instagram—as well as close to 125,000 YouTube Subscribers. While he hasn’t been the only unhappy customer to tell Royal Enfield about this problem, his experiences and words tend to spread quickly.

Indian automotive news site GaadiWaadi.com is reporting that Royal Enfield has taken these complaints seriously, and is issuing an ECU update for any of the twins sold between the bikes’ on-sale date of November 2018 and May 2019. The update has already been approved by the Automotive Research Association of India (ARAI) and will be rolled out on all production 650s going forward.

The official recall notice has not yet been issued by Royal Enfield. It is also not yet posted on the Society of Indian Automotive Manufacturers official recall listings, but is definitely “coming soon,” according to GaadiWaadi.com.

Bulu Biker posted that he has already received his recall service through his local Royal Enfield shop free of charge and posted video on his IG:

There has been no word as yet regarding whether riders outside India have experienced this problem with either of the Twins—and if so, whether RE has any plans to issue a similar recall outside of India. The company most recently issued an India-wide recall in May 2019 for 7,000 Bullet and Electra 350 and 500 models over a faulty brake caliper bolt.