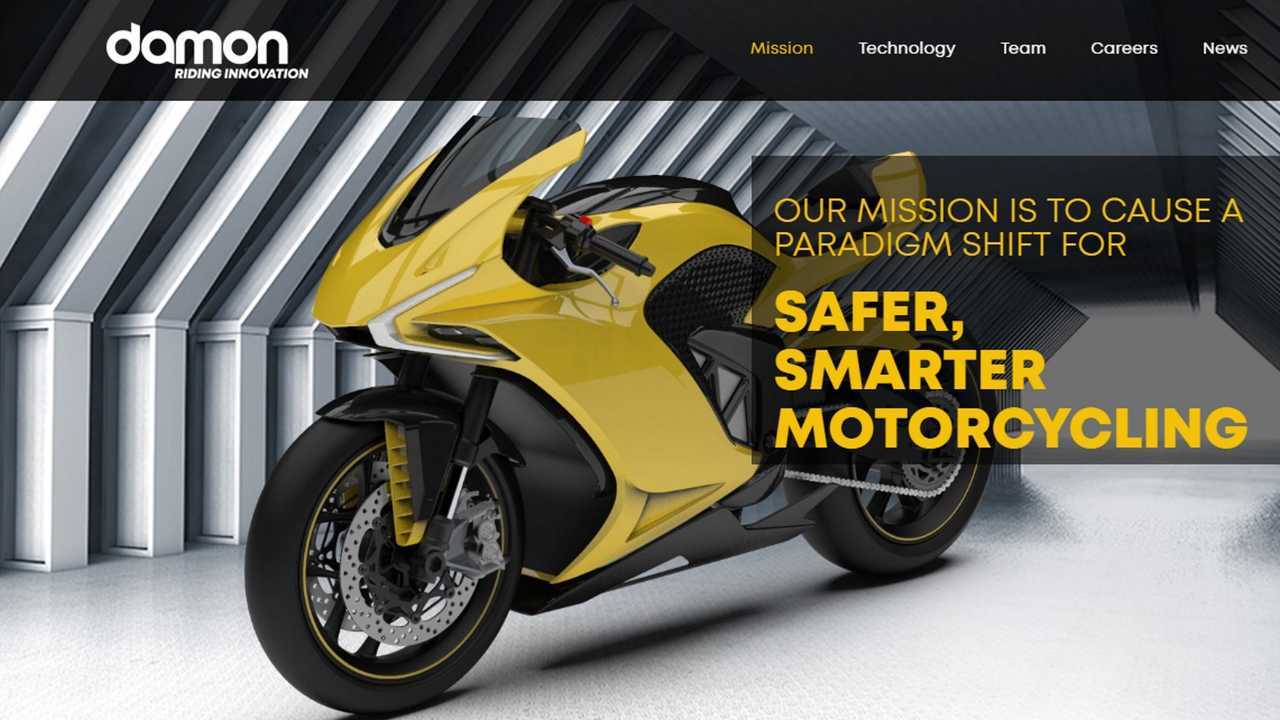 Canadian tech startup Damon recently secured $2.5 million in funding and wants to reduce moto fatalities to zero on bikes using its tech by 2030.

Damon Motorcycles co-founder Jay Giraud has been a motorcyclist for most of his adult life. As a rider, he found he was having more close calls than was comfortable. For that reason, combining his moto love and experience with his transportation, technology, and startup background was math that just made sense.

RIDESAFE: An IoT Safety Enhancement Device For Your Motorcycle

After securing $2.5 million in funding from angel investors, Damon Motorcycles is developing a prototype electric motorcycle outfitted with cameras, radar, and sensors that give the rider a 360-degree view of everything that’s going on around the bike. According to Damon, its Advanced Warning System for Motorcycles operates by tracking direction, velocity, and speed to anticipate where up to 64 objects at a time—whether they’re other vehicles or something else entirely—are going to be. That information should allow riders to make safer and quicker adjustments as needed.

Lights and haptic feedback through the handlebars notify the rider that danger is imminent, according to Global News. Damon doesn’t want to stop there, though—instead, it wants to store data gathered from any and every bike outfitted with a Damon system in the company’s cloud. Dreaming bigger, it wants the entire system of bikes to learn from riders about the daily intersections and situations they encounter—weaving a gigantic web of safety data that the company hopes will eventually improve rider safety.

The idea is intriguing, and perhaps it’s too early to ask questions about data privacy concerns—but as with every piece of connected tech (hello Alexa, I am totally talking about you), it’s important to understand and be able to make informed choices about how data collected from you, the user, is itself used.

Global News also mentioned that Damon is currently in talks with some US police departments regarding retrofitting this sensor technology to existing fleet motorcycles in the future—but the tech is still in development, and no official release dates have been announced.

According to the Globe and Mail, as of April 2019, Damon planned to try to raise another $3 million in capital via SeedInvest to add to their existing $2.5 million in funding. So far, no listing is currently active on SeedInvest, so it’s not clear how this plan has changed and what any change might mean. As Canada Moto Guide pointed out, no one is hoping for another Skully debacle, so here’s hoping this tech hits a sweet spot of practicality and usability for both fleets and individual motorcyclists.

If you’re interested in checking Damon Motorcycles’ AMWS system out for yourself, tech news website TechCrunch is hosting its annual TechCrunch Sessions event on July 10, 2019 in San Jose, CA—and Damon is currently scheduled to do a demo.

Interestingly, Erik Buell currently sits on the advisory board of Damon Motorcycles — and he’ll also be at the TC event with another company of his, EV bicycle startup Fuell.