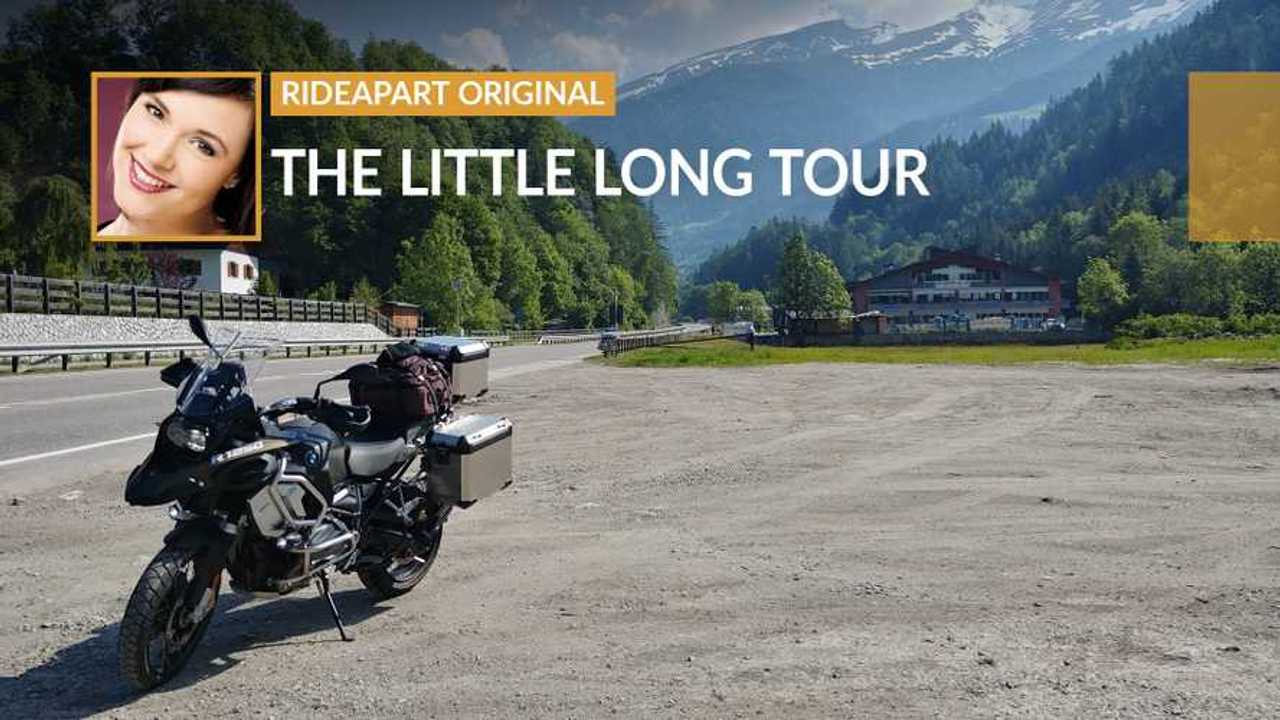 The GS and I did a thing today.

Here at RideApart, we like to promote the best practices and habits that ensure every riders’ safety. From the famous ATGATT to not drinking and riding. Anything that makes the roads a bit safer for motorcyclists out there, whether it’s protecting them from outside factors or themselves, we back it up. That also includes lane splitting and filtering. The subject always causes a debate between advocates and detractors of the practice. We like to think that the proof is in the numbers and until proven otherwise, that riding the white line increases safety.

The Little Big Tour: Today, We Learn That Germans Lust Over BMW

Speaking of which, living in Canada, I’ve never really had a chance to partake in the lane splitting party because unlike certain US States that “tolerate it”, the maneuver is illegal in my neck of the woods. So yes, all my life I’ve been one of those motorcyclists stuck between two cars in traffic, breathing in all the fumes of Eau d’Exhaust No. 5.

Europe is more flexible on the matter. In Italy, even more so. It’s not quite India—there are road signs and laws—but it’s pretty close. Let’s call it structured chaos. Scooters ride on the shoulder of side roads (not highways obviously), people ride up each other’s bumpers, pass whenever they want to whether there is or isn’t a dedicated section for it and will gladly do so with upcoming traffic (I’ve feared for another driver’s life a few times), right of way is a suggestion... Bottom line, the whole dolce vita shtick also applies to their driving style.

This was the perfect setting for me to lane split for the first time—or a European version of lane splitting I guess. Actually, they would likely expect me to do it anyway. I made the move and passed slower drivers on the white line with upcoming traffic on my left—a little more hardcore than the standard Californian way, but something completely natural over here. Remember, structured chaos. It was much easier than I thought it would be, especially considering how wide the BMW R 1250 GS is with the aluminum panniers.

To be fair, there’s a lot that can be said about how Italians drive, but one thing they do well is getting out of the way. Left lane hoggers are not a plague here and if you’re on a countryside road and pull up to a slower driver, even if it isn’t a passing zone, he’ll scoot over to the right to let you through. So that did help me get through with my bulky Beemer—a tighter fit would have deterred me from trying.

Later on, the reality of it started sinking in. With drivers being a little (a lot) erratic, it’s a wonder lane splitting counts as a safety measure. Good news, the brakes on the GS are extremely efficient. Do I still think lane splitting is safe? Thing is, weirdly, my answer will have to be yes. Despite the hooligan driving I’ve seen, people are aware of motorcyclists, and there’s a lot of them—I’ve done more waving in the past two days than I have in the past two years. I understand that the volume of motorcyclists isn’t the same in the US, nor can it be. That being said, it’s not impossible to raise awareness. One informed driver is one less likely to hit a lane-splitting motorcyclist.

So here’s one less thing I have to be curious about! Let’s see what I get to try next.