How To Ride A Motorcycle Into Canada 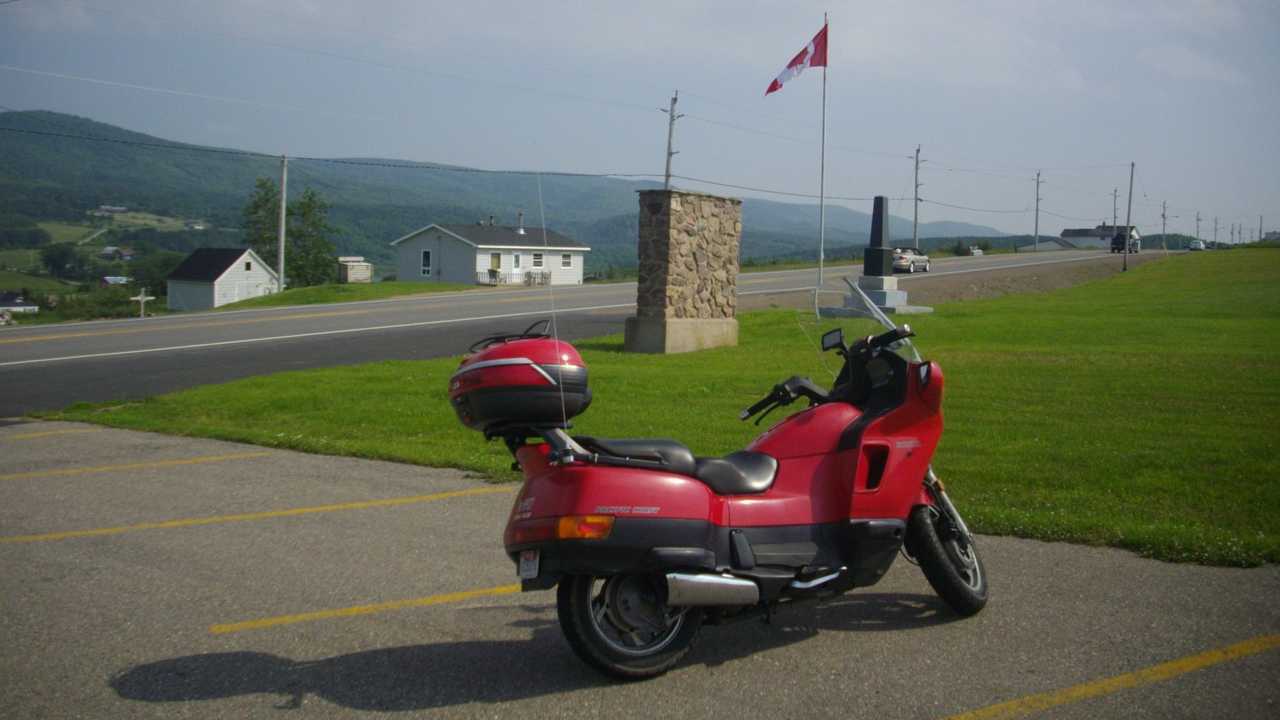 Take off, it's a beauty way to go.

There are many wonderful reasons for Americans to take our bikes north of the border into Canada. Some amazing rides await us there, from the epic views and curves of the Cabot Trail to the small towns of Quebec that feel more like Europe than North America. Of course, to ride there, you have to get there. How difficult is it to get across the border on a motorcycle? The answer is, not very.

8 Ways Being a Motorcyclist in Canada is Different
⠀

As with many things, the key is in the preparation. Unlike the old days, you need a passport to cross into Canada. Despite the federal government's push to implement REAL ID, having a compliant driver's license is not enough to get you across the border, even into Canada. A standard passport or passport card is acceptable. Read the U.S. Customs and Border Protection website and familiarize yourself with what you are and are not allowed to bring with you. Leave the guns, knives, and fruit (yes, fruit) at home.

The border guard will ask you where you're from, where you're going, how long you're staying, what you're bringing with you, and other basic questions. Just follow the rules (that you've already researched, right?) and be honest. One advantage of a motorcycle over a car is that there aren't too many places you could be hiding things, so as long as you're honest, polite with the guard, and don't joke about how much cocaine you've hidden inside your frame, you should get through just fine. You're allowed to bring personal items and even small amounts of alcohol and tobacco for personal use, so if you've packed a six-pack of beer, just tell them. It's easier than being pulled aside if they suspect you of lying, then being searched and having your motorcycle ransacked. The Fourth Amendment does not apply to international borders, so they have the right to search you and your bike without a warrant.

Speaking of alcohol, don't expect to be allowed across the Canadian border if you have any drunk driving convictions. They really don't like that in Canada, and they will check your criminal record when you arrive at the border. If you have this on your record, it may be possible to apply for a waiver that will allow you to travel to Canada, but nothing is guaranteed.

Another consideration is motorcycle insurance. Your valid U.S. insurance policy may not cover you in Canada. I've never had anyone check my insurance at the border, but if you crash while you're there you can bet that someone will be asking you for it. Often your existing insurance company can provide you with a card to certify that you're covered in Canada. If by some chance your policy doesn't cover you there, you can buy an insurance policy that does. Either way, check with your insurance company before you go to see what they have to say.

This same advice for going into Canada also applies to crossing back into the U.S. Be friendly, polite, and honest. Here, too, you're allowed to bring a certain amount of Canadian items home with you duty-free, including a limited amount of alcohol and tobacco. Know the laws and limits, comply with them, and you should be just fine. Again, have all of your documentation in order and ready. If you're unlucky enough to lose your passport while traveling, contact a U.S. Embassy in one of Canada's major cities for help before attempting to return.

The only other bit of advice I can share about riding in Canada is to remember they use the metric system. When you see a speed limit sign that says 100, that's in kilometers per hours, which is 62 mph, not 100. Similarly, one kilometer is 0.62 of a mile, so when you see that something is 2 km ahead, you really have barely over a mile until you get there. The way I keep my measurements straight is I switch my GPS, Waze, or navigation device of choice to metric as soon as I hit the border. That way, my speed and directions are all in the same units of measure as the road signs, causing no unpleasant surprises.