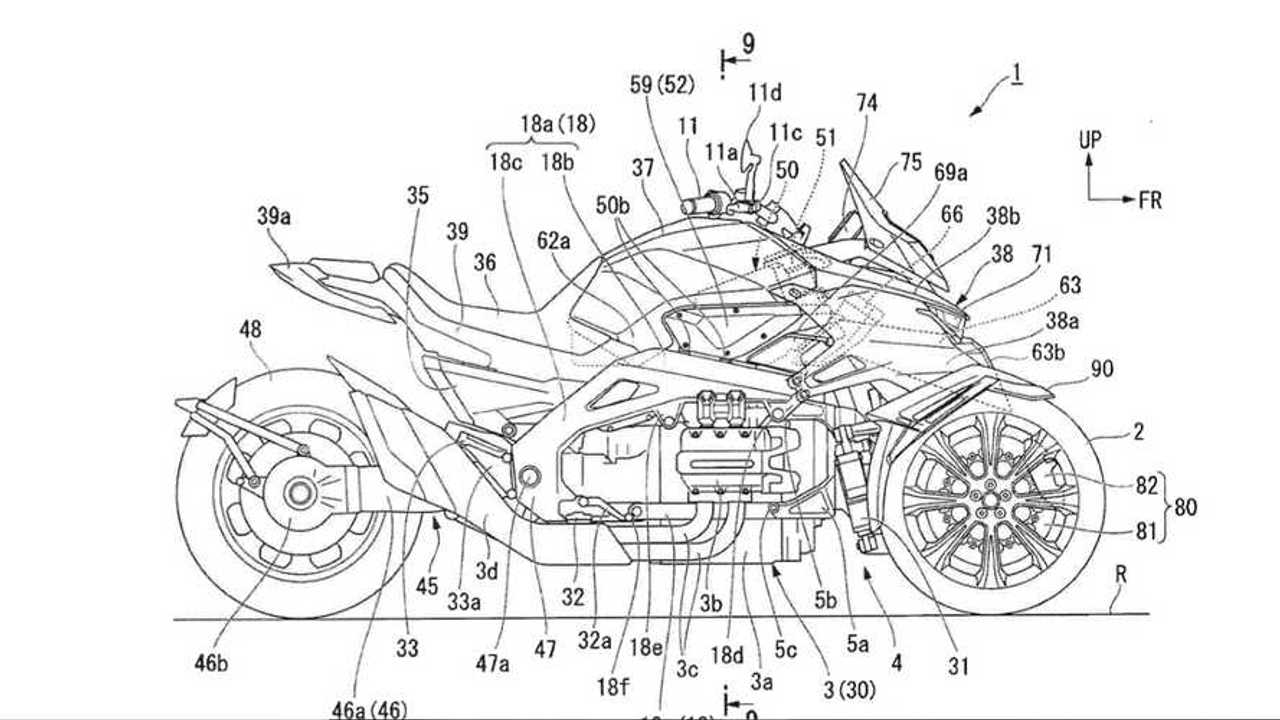 Honda could be working on a Niken competitor.

Ever since Yamaha announced their groundbreaking Niken in 2017, a lot of buzz and speculation has surrounded the design of the leaning reverse trike. Piaggio was one of the first companies to refine the concept for the 21st century, but Yamaha undoubtedly is the first manufacturer to build a a performance machine out of the platform concept.

Of course when one of the big four manufacturers comes up with something that is particularly new or innovative, it's not long before the other manufacturers start getting a little competitive, and this is certainly something Honda seems be planning at the moment. Already in 2016, the manufacturer showed the world its own iteration of a three-wheeler, then dubbed the NeoWing. We've since covered two previous patent applications for a three-wheel vehicle, showing Honda's study of the tilting technology and even the possibility of the trike receiving a hybrid powertrain. This new patent seems to confirm that Honda really is serious about the leaning aspect of the reverse trike and that the "NeoWing" is nearing completion.

What the front of the bike may look like.

What is especially interesting about this application is the engine that appears to be powering the vehicle. The engine appears to be the flat 6 that Honda uses in the Gold Wing, however, the patent describes a four-cylinder layout presented in the design. Honda is offering some clarity on this, as it says in the application that "However, the cylinder may be a two-cylinder type or a six-cylinder type". It's keeping its options open then, but the GL1800 engine would undoubtedly make the machine the most powerful leaning reverse trike on the market, as it would have almost 1000cc's over the Niken's 847cc triple.

The current Gold Wing engine puts out a claimed 125bhp at the crank, as opposed to the Niken's claimed 113bhp, but with an engine the size of the Gold Wing, the main draw is torque, a topic we covered here.