Michael B. Jordan Rides Into Fashion Fame On A Harley

Michael B. Jordan can do no wrong.  The crazy-famous young actor who most recently starred in Creed, Black Panther, and The Fantastic Four, has been chosen as the first global face of the menswear line for the high-fashion label Coach. In the first of a series of advertorial videos directed by the Academy Award-winning Spike Lee, he rides in on a Harley XG750R, their super slick non-production Flat Track racer. 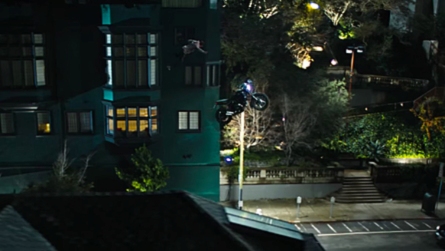 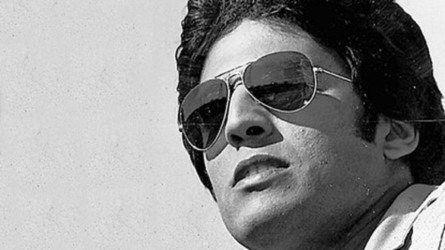 In this dusty premier episode of the “Words Matter” series, Jordan emerges from a desert storm, his squeaky-clean top-to-toe leather ensemble untouched by the swirling sand. Through the haze and moody music, he meaningfully makes his way to a couple stones he has spotted in among patches of dry grass. They are inscribed with negative messages—“evil” and “hatred”—which he purposefully throws aside before tackling the next nasty words—“bigotry” and “lies.”  All of these strategically-placed markers of meanness are tossed away and replaced, at the site of a mysterious, abandoned desert swing-set, with the more positive phrases: “courage”, “truth”, “dream” and “love.”

Hope I didn’t spoil the ending by describing the whole plot. Couldn't resist.

Motorcycles are awesome. So is Michael B. Jordan; and Spike Lee has made some spectacular movies—but this one? Not likely to grab a nomination.

That said, give it a watch. The outfit is a fine demonstration of how we on the fringes of transportation have positively influenced mainstream motorcycle fashion choices for the better, and, if you’re an MBJ fan like I am, it’s amazing to behold how he manages to make even the most unusual sequence of events watchable.

The clothing brand wanted to feature “a strong poetic narrative that speaks to Coach’s values of inclusion, optimism and courage.”

Michael B, for his part found the experience of working with Spike Lee to be “an inspirational experience.”

“Spike’s art has moved the cultural dial for decades,” added Jordan. “I’m proud of the powerful messaging of this film and to be working alongside a brand that cares about putting that narrative into the world as much as I do.”

Sounds good. I guess they’ll always need to sell stuff, might as well advance social change at the same time?