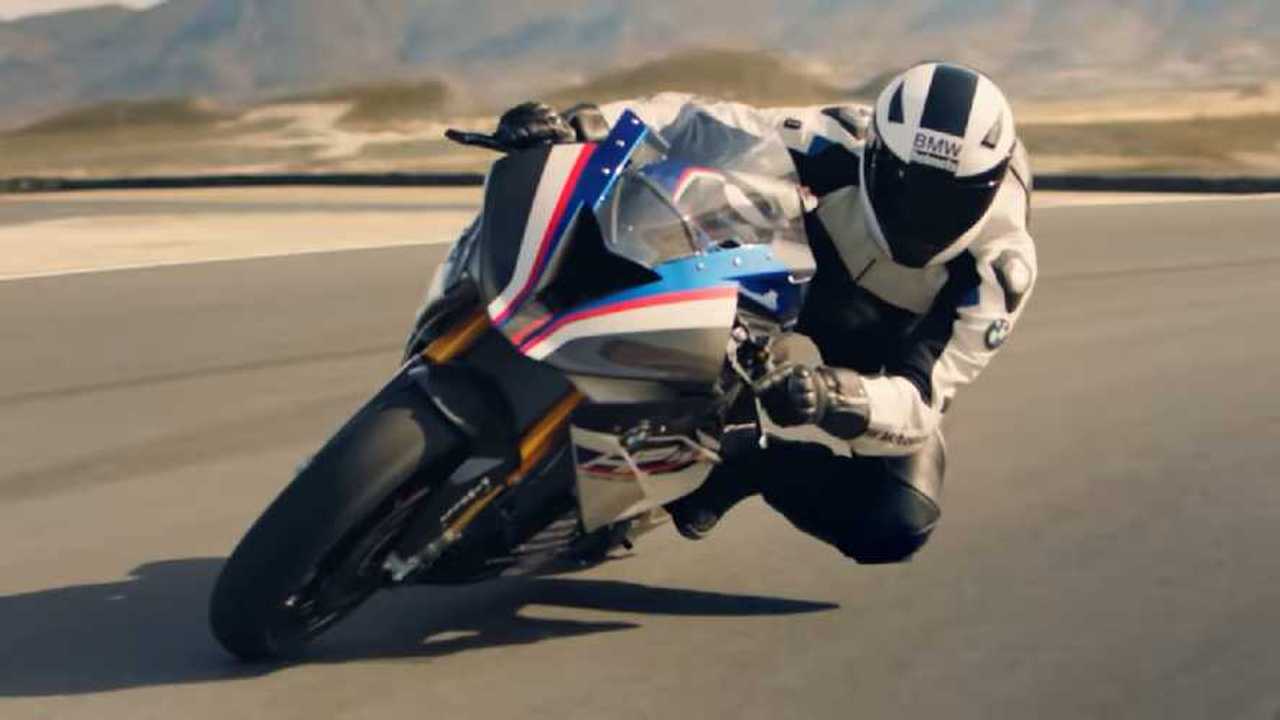 A video has appeared on Reddit that seems to show a track-only HP4 with a license plate.

The BMW HP4 Race is one of the most exclusive top-end superbikes. This high-tech, carbon fiber, 215 horsepower brute makes no concessions for the street, focusing exclusively on track performance.  A video that has surfaced on Reddit that appears to show an HP4 Race modified for the street, including a license plate, flies in the face of the HP4's purpose and raises many questions.

The video doesn't reveal much about this supposedly street-legal superbike. It briefly shows a sign listing the bike's specs, as well as its modifications for the street. A brief walkaround shows the addition of a headlight in the large center air intake, bar-end mirrors, and reflectors on the forks. On the back, there is a bracket that looks somewhat tacked onto the swingarm that supports turn signals and a German license plate. Other street modifications listed on the sign include a horn, a radiator fan, an immobilizer, tires, exhaust, and ECU. It's certainly possible to make an off-road bike street-legal by adding the required equipment, but this is typically done to dirt bikes, not $78,000 superbikes.

Many questions remain unanswered. Who built this bike? Did some aftermarket company go through the trouble of converting one of only 750 limited-edition HP4s for the street? Or did BMW build it as a concept? Much of the appeal of the HP4 is its single-minded dedication to the track, but BMW is the same company that makes four-door versions of two-door versions of its four-door cars, so anything is possible.

Another question is where this video came from. The sign listing its features and specs indicates that the bike is probably on display, but where? Was it at a show somewhere? Is it on a dealer's showroom floor, at a tuner shop, or what? Or could this just be an elaborate hoax designed to get the motorcycle world all wound up about something that doesn't exist?

One important clue may be on the license plate itself, or specifically, not on it. German plates are supposed to have a sticker to show what city or region the vehicle is registered in, as well as a safety inspection sticker. The plate on this bike lacks any of these stickers. There are a ton of companies that will whip up a fake European plate for you as a novelty item. Perhaps the plate, and possibly the entire bike, is just for show.

What do you think? Let us know in the comments, especially if you have any solid info about this bike.